Sunny Edwards reminded everyone why he is the best flyweight on the planet by seeing off his dangerous mandatory challenger Felix Alvarado.

And Edwards is already lining up the next big challenge of his reign as world champion – Jesse ‘Bam’ Rodriguez. 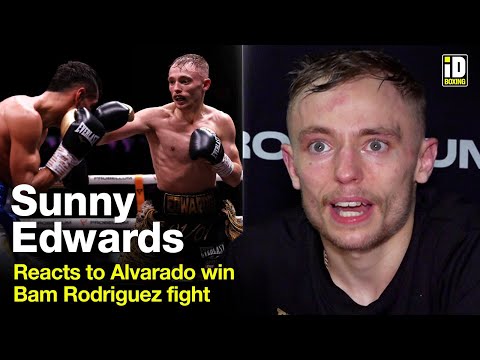 Edwards, who was walked to the ring by UK grime artist Jaykae, produced a performance that mixed sublime skill and dogged determination, to defeat the excellent Alvarado on all three of the judges’ scorecards at Probellum Sheffield tonight.

Edwards was full of praise for Alvarado but says he proved tonight that he can deal with the power of any 112lbs fighter – including US star Rodriguez who has confirmed he is moving into the division.

“Felix Alvarado is a phenomenal puncher and I sat there and mixed it with him. I rode shots, took shots, threw shots, and if I can do that against him then I can do it against anyone,” Edwards said.
“Bam Rodriguez, you promised me the fight. Come and get it.”

“I had the fight 8-4 or 9-3 in my favour, I don’t know what the some of the scorecards were about. I went up clear and then coasted it from there.”

Lisa Whiteside is now 5-0 as a professional and closer to a world title shot, after a 79-74 points win over Eva Cantos.

“In the seventh round, I thought I was going to get her out of there and I properly wobbled her.

“I now just want any of the top girls at super bantamweight, although I could quite easily bantam. Ellie Scotney has just won the EBU title, I have the utmost respect for her and would love to share a ring with her.”