Sunny Edwards defends his world flyweight title against Felix Alvarado on Friday, November 11 at the Utilita Arena in the Steel City, with Jack Bateson vs Shabaz Masoud providing the fan-approved chief support bout. And Probellum can today confirm the rest of the card, which makes its debut promotion in Sheffield among the best shows staged in the UK this year – and tickets start at just £35.

Olympic middleweight champion Hebert Conceição is a special addition to the show as he makes his UK debut in an eight-round contest.

The Brazilian hero, 2-0 in the pros, won gold in Tokyo after producing a stunning final round knockout of his Ukrainian opponent and his route to the top of the professional ranks takes him through Sheffield next month.

Thomas Essomba and Marcel Braithwaite will battle it out for the right to fight for the British super flyweight title, at Probellum Sheffield.

Injury delayed their final eliminator but on November 11 the pair – both former opponents of world champ Edwards – clash in a bout that is sure to go down well with British boxing fans.

Sheffield-based Essomba vs Braithwaite, of Liverpool, comes before super bantamweights Bateson and Masoud meet in a final eliminator for the British title, of their own.

One of Great Britain’s most decorated female amateur fighters, Lisa Whiteside, is also set to return to action at Probellum Sheffield, next month.

The ‘Lionheart’ brought an end to a near-three year spell out of the ring, in July, when she dropped the experienced Jasmina Nad, en route to a points win in Newcastle.

Whiteside gears up for world title fights down the line, with a fight in Sheffield, the city in which she was based when part of the Great Britain amateur squad.

The undercard is then packed out with some of Yorkshire’s most talented young fighters, with Sheffield’s ‘Golden Kid’ Kyle Yousef looking to extend his 17-0 record. 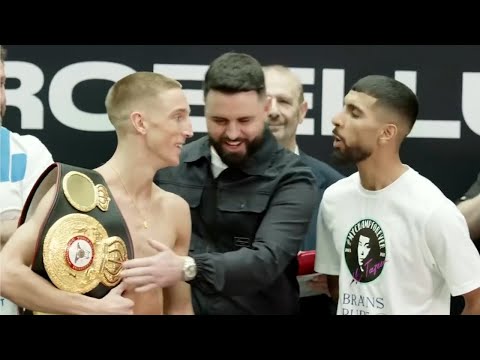 They are joined by Sheffield-based Nicolie Campbell – the ‘Pretty Boy Assassin’ – as well as Leeds’ unbeaten Ishmael Davis (9-0) and Bradley Cousins, a light heavyweight prospect from Doncaster.
The unbeaten IBF world flyweight champion, Sunny Edwards said: “Alvarado is a great champion from the weight below but I genuinely think I’m past his level, I believe I am at elite level.
“We’ll find out if this will be my toughest fight. I’ve had ‘tough’ fights, but I’ve made them not look that.”

Probellum’s Head of Talent Relations, Sam Jones said: “Alvarado is a fantastic challenger, a world class challenger but he is dealing with the best flyweight in the world. Sunny Edwards has pound-for-pound quality.”

Felix Alvarado, who has 33 KO wins on his fearsome record, said: “The opponents Sunny has fought are different to me and on Friday, he will find this out.”

SUNNY EDWARDS INSISTS MARTINEZ SHOULD HAVE WBC BELT TAKEN OFF HIM

Sunny Edwards insists Julio Cesar Martinez deserved to be stripped of his WBC title the second he walked away from their unification fight.

Edwards and Martinez were deep into negotiations to stage a blockbuster fight in Mexico last month, for the IBF and WBC world flyweight titles.

Britain’s Edwards had been pushing to make the fight happen for months, but Martinez turned his back on the showdown and, instead, agreed to face his mandatory challenger McWilliams Arroyo in December.

Edwards had to quickly put the disappointment of Martinez’s withdrawal behind him and, on Friday, night at Probellum Sheffield, the man known as ‘Showtime’ defends his belt against the extremely dangerous Felix Alvarado.

But the 26-year-old is adamant there should be more than his IBF crown on the line at the Utilita Arena this week.

“Martinez is not a rival of mine, he’s a muppet,” said Edwards, in scathing attack on the Mexican.

“I saw him as easy work, but I was trying to sell it as being my hardest fight to date.

“The WBC title should be vacant, and it should be on the line for me and Alvarado on November 11. Martinez was paying step-aside money, to an overdue mandatory challenger, and then pulled out of the fight.

“Whoever is advising Martinez has told him to stay a million miles away from Sunny Edwards. He has avoided me like the plague.

“And, for me, Martinez is done in the division now.”

Edwards wants to land a big-time fight with Jesse ‘Bam’ Rodriguez in 2023 and had invited the US star to be at ringside in Sheffield this week.

But the charismatic champion knows he cannot afford to overlook the hard-hitting Alvarado, who was previously an IBF title holder at light flyweight.

“I have become one of the most avoided fighters in world boxing, but Felix Alvarado has the courage to face me on November 11, and that makes him an extremely dangerous opponent,” Edwards said.

“I have grand plans to become the undisputed flyweight world champion, and then move through the weights, and I am totally confident that will happen – but there is no room for error against a fighter of Alvarado’s calibre, that’s for sure.” 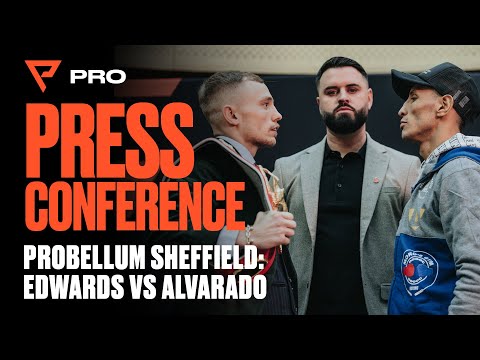