David Benavidez says he will administer a beating on Caleb ‘Sweethands’ Plant when they meet in a WBC-ordered final super middleweight title eliminator to determine a mandatory for champion Canelo Alvarez.

There’s bad blood between former IBF 168lb champion Plant and Benavidez. For Benavidez, it’s very personal with him because he’s been pushing for a fight with Plant for the last couple of years and has gotten nowhere until now.

Plant suddenly changed his mind about not wanting to fight Benavidez, and it could be that he realizes that without a big win, he’ll never get another fight against Canelo. That’s the whole reason he’s taking this risky fight.

The winner of the Benavidez vs. Plant will most likely wind up being elevated to the full WBC super middleweight champion without getting the opportunity to fight Canelo.

WBC interim 168-lb champion Benavidez (26-0, 23 KOs) and Plant (22-1, 13 KOs) believe that the winner of their fight will result in getting a lucrative title shot against the popular superstar Canelo, but that may not be the case.

Canelo could choose to vacate to avoid the winner, particularly if it’s Benavidez. Also, if Dmitry Bivol moves down to 168 to fight Canelo in May on Cinco de Mayo, you got to believe that he’s going to take his four titles from him.

“I don’t care about Canelo. This fight is 100% personal with Caleb Plant,” said David Benavidez to Fighthype. “I’m really looking to go in there and beat the f**** s**t out of him. That’s my plan.

Canelo didn’t put a beating on Plant. He knocked Plant, 30, out last year, but it was a competitive fight until Canelo suddenly hurt him in the eleventh round and took him out.

Plant’s stamina gave out on him in the later rounds, and Canelo took advantage of that. If that happens against Benavidez, Plant won’t see the final bell. Benavidez will jump on him and finish hm off in a hurry.

“I don’t know if you heard, but the WBC made it mandatory for whoever wins this fight between me and Caleb, they have to fight Canelo,” said Benavidez. 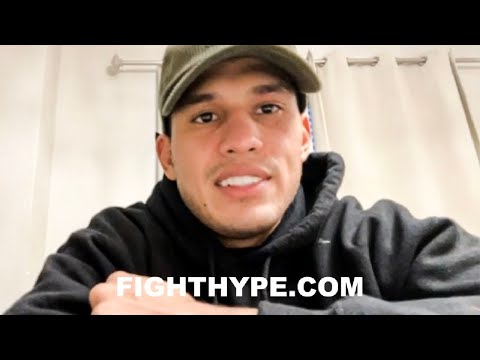