Could Dmitry Bivol find himself on the receiving end of a robbery if he chooses to go ahead with a rematch against Canelo Alvarez next May?

Teddy Atas thinks that there would be a real possibility of Bivol getting robbed by the judges if he takes the second fight with Canelo because the Mexican star is the “golden goose” in the sport.

Some boxing fans believe that WBA light heavyweight champion Bivol (21-0, 11 KOs) will be asking for trouble if he elects to give Canelo (58-2-2, 39 KOs) a rematch because he came close to getting the business in their previous fight last May in a fight that all three judges scored an identical 115-113 score.

Atlas feels that Canelo will do a little bit better in the rematch but still appear to lose, but he would be given the win anyone due to the judge wanting to give it to him.

“They tried the first time, even though they couldn’t because it was so one-sided. I probably had that fight if my memory serves me correctly, 10 rounds to 2 or 11 rounds to 1 for Bivol. I couldn’t see Canelo winning more than two rounds.

“They had it close, even though it was unanimous, they had it close. I don’t want to give them another shot; I really don’t. If you get your house almost robbed once, what do you do? You put an alarm system in,” said Atlas.

“If it was anyone else other than Canelo calling for a rematch, the entire boxing community would say, ‘Why do you deserve a rematch? You got beat in a one-sided fight, and it wasn’t even competitive,'” said Ken Rideout.

“Because it’s Canelo, people will entertain it, and I don’t blame Bivol for doing it. Why subject yourself to the potential of a close fight that you’re definitely going to get robbed? You know that they’re going to rob you. Everyone knows it. I don’t want to see it.”

“Maybe he’ll feint a little bit more to get Bivol to step out a little too soon. Maybe Canelo will learn from Bivol and change range on Bivol, and not stay in range so much like the first time where he got combinations tattooed on his head.

“Maybe he’ll take advantage where Bivols not hitting the accelerator, even though he’s winning. He’ll [Canelo] try to BS the audience, try and BS thee judges.

“The problem is these judges that want to give it to Canelo; you don’t have to give them an excuse. They got the excuse. You’re the golden goose. They’re going to take care of you,” said Atlas. 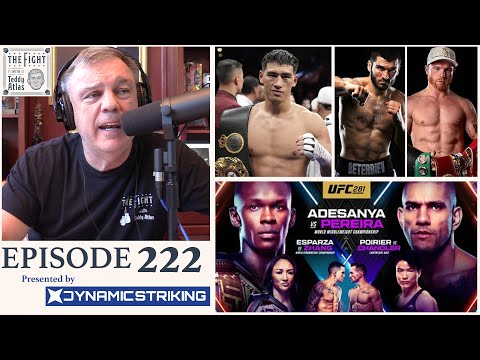