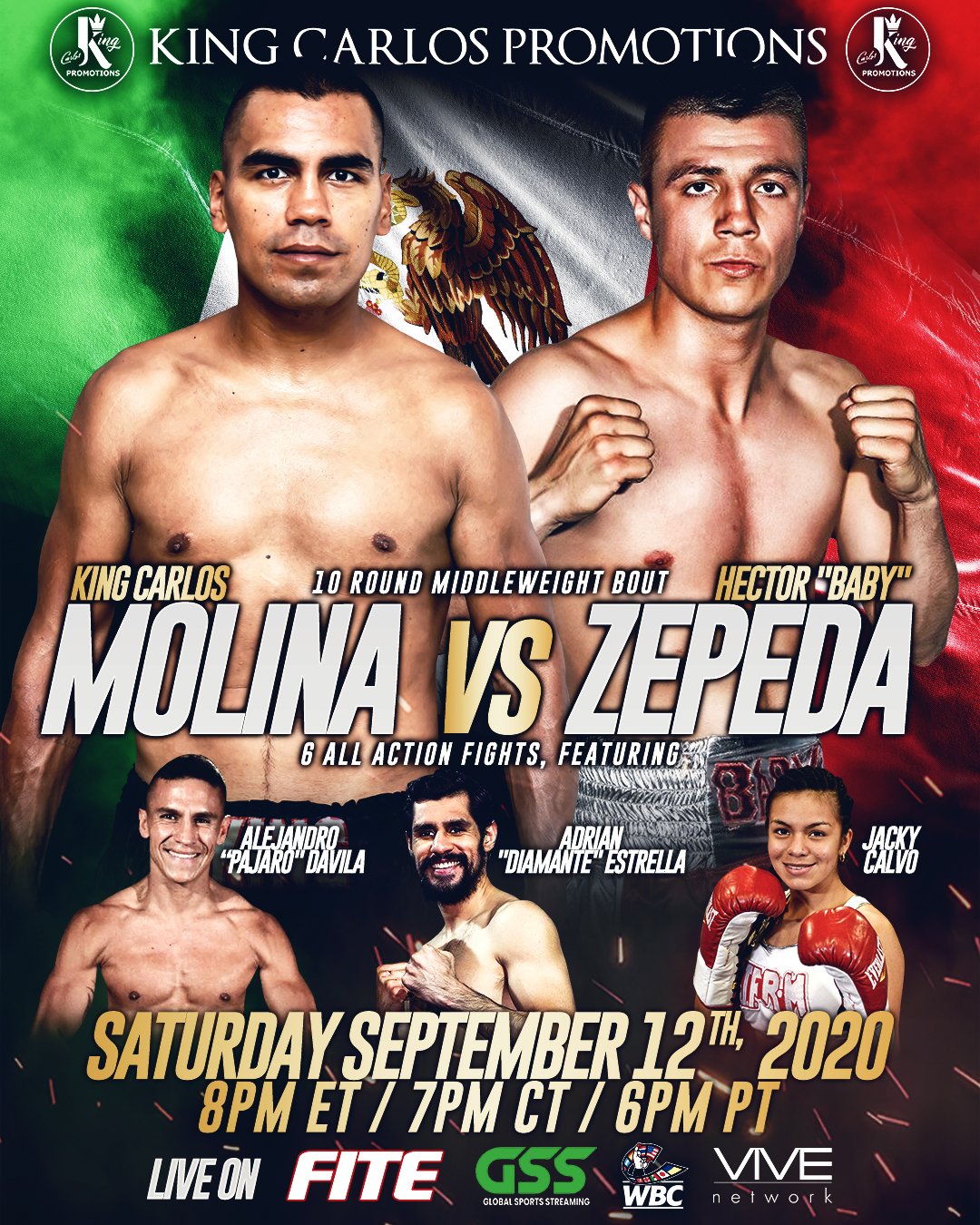 Promoter Carlos Molina has delivered on his promise of consistency to promote during the COVID era, even if it has to be closed-door events for the remainder of the year.

Molina (33 -11- 2, 11 KOs), a former IBF junior middleweight titleholder, now campaigning in the middleweight division is coming off of four consecutive wins all under his own promotional banner, King Carlos Promotions. He last fought on July 25th and won against Abraham “Pitbull” Juarez (16-6, 6 KOs) by unanimous decision.

During his career that began in October 2003, Molina has defeated Kermit Cintron, Ishe Smith, Cory Spinks, and Ed Paredes. He is best known for his highly-controversial draws against Erislandy Lara and Julio Cesar Chavez, Jr., both of which many media thought he did enough to win, and his disqualification loss to James Kirkland in a fight he was winning up until the point of the stoppage.

Molina will face Hector “Baby” Zepeda (19-1, 5 KOs), from Tijuana, Baja California, who is coming off of two wins after suffering his only defeat to the young prospect Sebastian “The Towering Inferno” Fundora. Molina is coming off of four consecutive wins and has reinvigorated his career since moving up to the middleweight division.

The co-main bout will be a guaranteed explosive 10 round fight in the super lightweight division. In this bout, Adrian “Diamante” Estrella (29-5, 24 KOs), of Monterrey, Nuevo Leon, Mexico will face Jose “Bronco” Rosales (38-26, 20 KOs), from San Luis Potosi, Mexico.

Our 10 round super welterweight bout is featuring Alejandro “Pajaro” Davila (21-1-2, 8 KOs), who is coming off of two wins in as many months and is looking to make it three against journeyman Juan Carlos Pacheco (15-18, 7 KO’s).

Also in action is WBC International Champion Jaky Calvo (12-5-2,1 KO), fighting in a six round fight against Eloisa Martinez (2-9-3).