Remember the “good old days” of 15 round fights? Back when the boxing organizations dropped the world title fight limit … read more “Back To The Old 15 Round Fights? Carlos Molina Says His Next Fight Will Be Scheduled For 15” 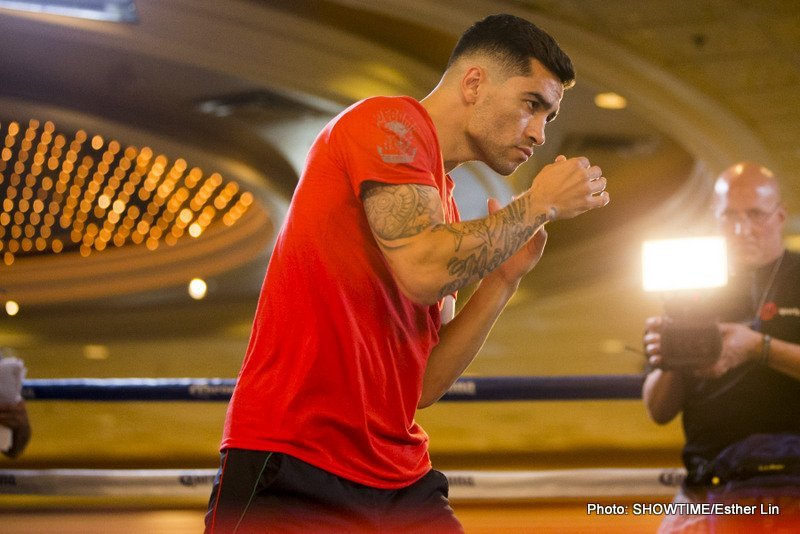 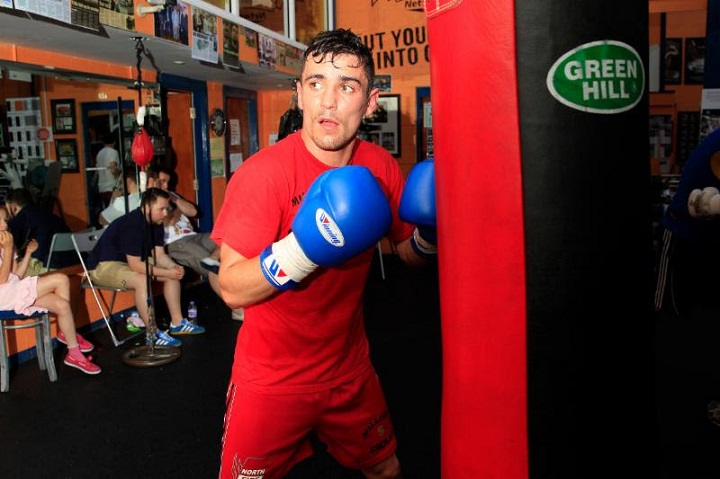 30-year-old Molina, originally from Michoacán, Mexico, says he’s excited to have aligned himself with one of boxing’s most high-profile managers and is looking forward to returning to the ring. 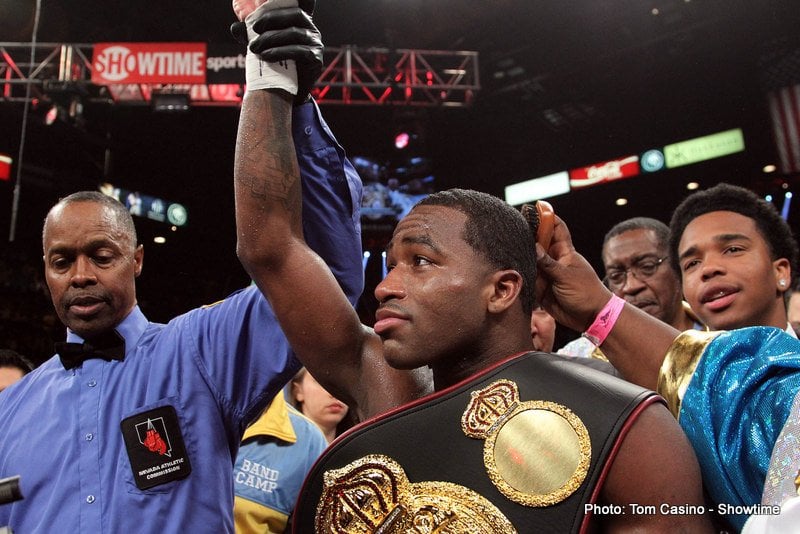 In his debut in the 140-pound division, three-division world champion Adrien “The Problem” Broner bounced back from the first loss of his career with a unanimous decision win (99-91, 98-92, 100-90) over Carlos Molina.

Broner (28-1, 22 KO), who was fighting for the first time since his surprising loss to Maidana last December, started slow and was hit by a crushing overhand right from the confident Molina in the second round. While locked up in the third, Broner wrestled and tossed Molina (17-2-1, 13 KOs) to the ground, earning a hard warning by referee Kenny Bayless.

Broner picked up the pace in the middle rounds and took control of the bout with an impressive inside fight game. 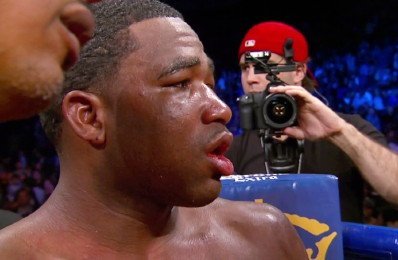 Thanks, everybody, for joining us we appreciate you being here with us today. Unfortunately, we are going to have to reschedule this call because the fighters have not shown up. April Fools!

We’re joined by a great group of fighters today. They are part of the SHOWTIME PPV undercard for “THE MOMENT: Mayweather vs. Maidana,” Adrien Broner vs Carlos Molina and also J’Leon Love vs. Marco Antonio Periban.

Today’s host of the call is none other than Leonard Ellerbe, Chief Executive Office of Mayweather Promotions. Leonard, I’m going to turn it over to you and just so everybody knows, the translator for Mr. Periban today will be Rolando Arellano. 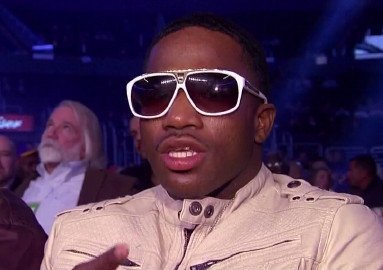 Boxing analyst Al Bernstein thinks Adrien Broner (27-1, 22 KO’s) will be under the microscope in his next fight against Carlos Molina (17-1-1, 7 KO’s) on May 3rd on the undercard of the Floyd Mayweather Jr. vs. Marcos Maidana next month. Bernstein feels that it doesn’t matter that Broner is facing a less than dangerous opponent in Carlos Molina, fans will still be watching Broner closely to see if he can rebound mentally from his devastating beat down he suffered last December at the hands of Maidana. Fans and the boxing media will want to see if Broner is the same fighter he was before the loss.

“How he comes back from the Maidana fight can define him more as a fighter than anything leading up to and including the Maidana fight, because everyone will be looking to see how mentally tough Broner is,” Bernstein said to the Boxing Channel.