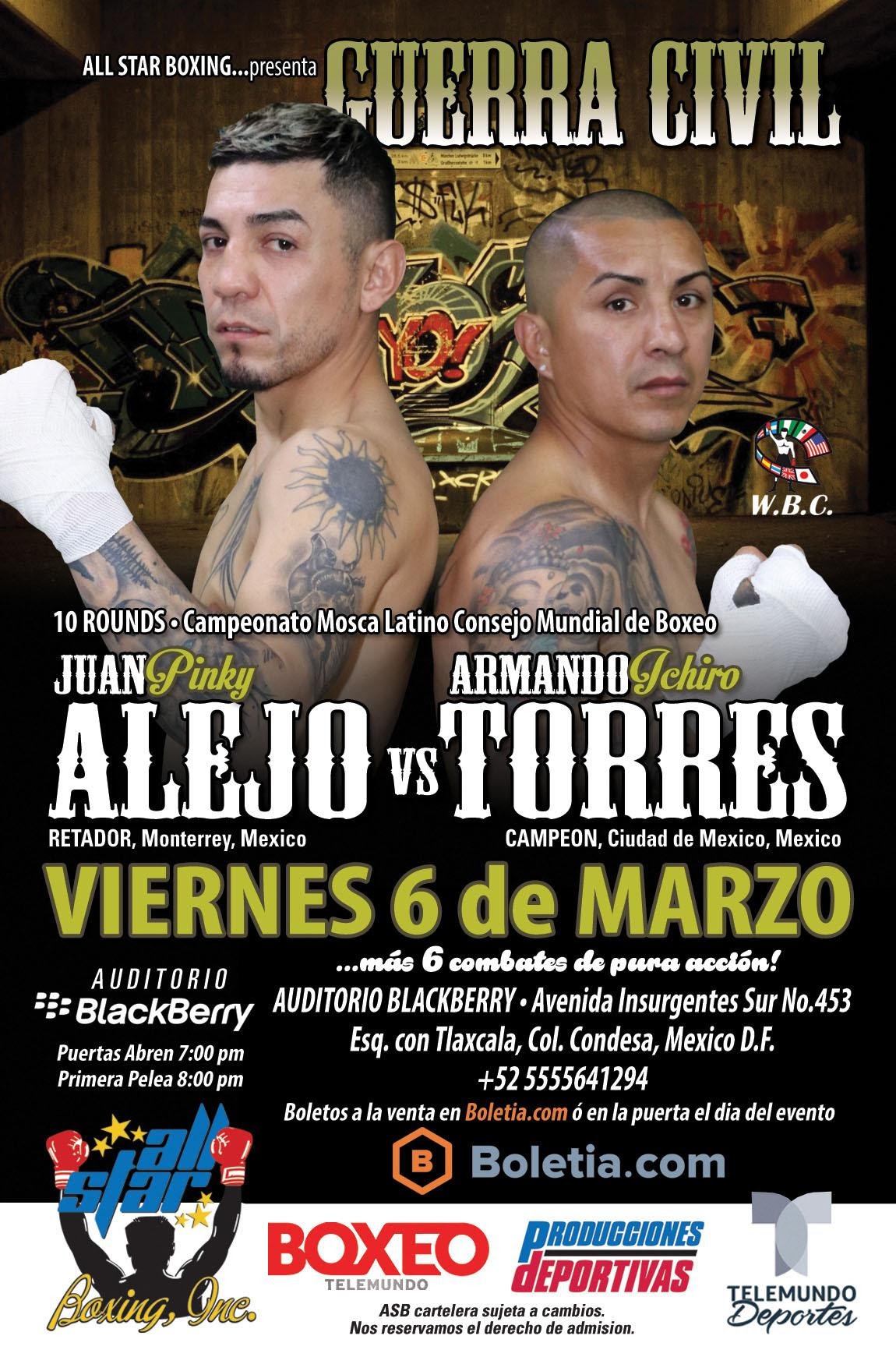 Boxeo Telemundo continues its 2020 spring series by heading to the Mexican capital with a crossroads bout. WBC #6 and current Latino Flyweight champion Armando Torres of Mexico City, will face former 2x world title challenger Juan “Pinky” Alejo of Nuevo Leon, Monterrey. The bout will be 10 rounds as Torres risk his WBC belt in front of his home crowd at the famed Blackberry Auditorium in Mexico City.

Juan “Pinky” Alejo had an unorthodox start to his career, in 2009 “Pinky” lost his first 3 professional bouts before bouncing back and winning his next 20 bouts. This feat earned him his first crack at the title, coming up short, dropping a hard-fought 12 round decision to legend Donnie “Ahas” Neites. After a few more wins which included a WBC Fecorbox title, he went for his second shot at the vacant WBO light flyweight title which ended in a courageous 10 round TKO against knockout artist Angel “Tito” Acosta. The 5″4 Alejo will have a final run at the title in a new division on Friday night.

The co-main event of the might features hard-hitting prospect Ernesto Saucedo (9-0 8 KO’s) of Mexico City, Mexico squaring off against the durable Julio Cesar Juarez in a 6 round super bantamweight bout.

A battle of crosstown light flyweights rounds off the action as Sergio “Checo” Mejia(3-3-1) fights Miguel Angel Luna(5-4) in an 8 round bout.

Tickets still available by visiting boletia.com or at the box office in Blackberry Auditorium. “Pinky” Alejo vs “Ichiro Ozeki” Torres airs the Friday 11:35EST on Telemundo.