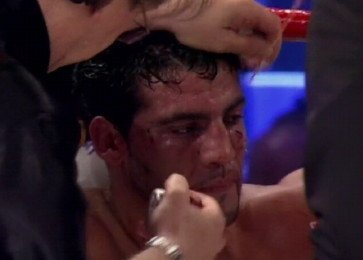 Q: Hello Manuel, please tell us something about you history, your family and origin. How did you get to Germany?

A: My father was a Syrian citizen but I was born and raised in Lebanon. Sadly my father died in 1986 during the war. We have lived in Beirut till we came over as fugitives to Germany in 1989. We, that have been my mother, my 5 sisters, my 2 brothers and I. I was just 6 years old. First we stayed for a couple of weeks in Berlin Wedding and then we moved to Katernberg (a district of Essen) next to Gelsenkirchen, in the center of Germany. There I grow up, went to school and learned German.

Q: Do you visit Syria sometimes?
A: I do have some family there, but me close family is in Germany, so I hardly go over there. 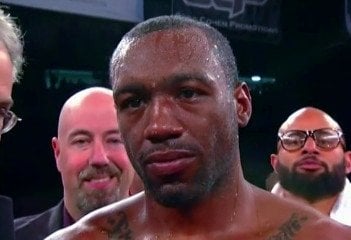 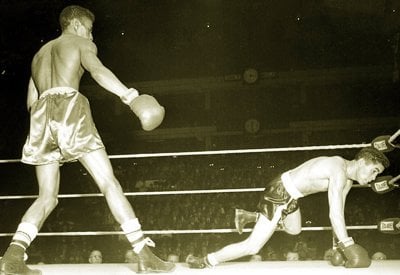 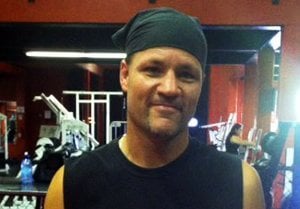 by Pavel Yakovlev: (August 19, 2012) Next month, Jason Gavern meets former IBF world cruiserweight champ Steve Cunningham in Newark, New Jersey. The bout marks Cunningham’s entre into the heavyweight division. Gavern has been selected as the opponent for a good reason: he is a tough, seasoned gatekeeper who has fought many of today’s leading heavyweights. Among Gavern’s opponents are current contenders Denis Boytsov, Mariusz Wach, Alexander Ustinov, Johnathon Banks, Franklin Lawrence, and Travis Walker. In this exclusive ESB interview, Gavern discusses his experiences with these fighters, analyzes their ring abilities, and assesses their future prospects. 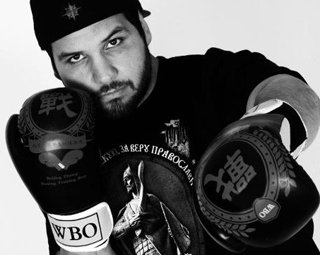 Exclusive Interview by Geoffrey Ciani – Earlier this evening I was afforded the opportunity to have a nice chat with heavyweight contender Chauncy Welliver (53-6-5, 20 KOs), who will be squaring off against Kyotaro Fujimoto (4-0, 3 KOs) on September 19 in Tokyo, Japan. Fujimoto is new to professional boxing, but is making the transition from K-1 where he was a former heavyweight world champion. Welliver spoke about his upcoming match-up, and also discussed his majority decision loss his last time out against Sherman Williams, which was the first time Welliver had lost a bout in nearly three years ending his 18 fight winning streak. Here is a complete transcript from that interview.

GEOFFREY CIANI: Hello everyone. This is Geoffrey Ciani from East Side Boxing and I am joined here today by heavyweight contender Chauncy Welliver. How’s everything going today, Chauncy?

CHAUNCY WELLIVER: Everything is going good. I’m still in the hunt. I’m still on my way to a world title and getting ready to fight in Tokyo, Japan.

CIANI: Speaking of Tokyo, Japan, Chauncy, you’re going over there. You’re fighting a guy named Kyotaro Fujimoto. He is 4-0 with 3 knockouts. How have your preparations been going for this fight, and what are you expecting going into this one? 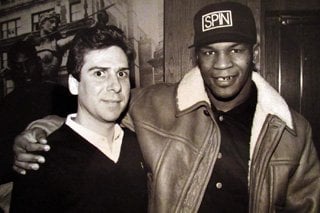 Exclusive Interview by Geoffrey Ciani – I recently had the opportunity to have a very nice discussion with one of the best boxing photographers in the business, Tom Casino (pictured alongside Mike Tyson circa 1985). A master of his craft, Casino has captured the imagination of boxing fans for almost thirty years, bringing the action up close and personal while freezing single moments that shall forever live on in the annals of boxing history. Casino spoke about his experiences as a photographer and also shared some of his views as a fan. At the conclusion of the transcript, Tom has provided readers with an inside look of some of his work over the years, including images of Mike Tyson, Arturo Gatti, Sugar Ray Leonard, George Foreman, Carl Froch, James Toney, and more! Here is a complete transcript from the interview.

GEOFFREY CIANI: Hello everyone. This is Geoffrey Ciani from East Side Boxing, and I am joined here today by one of the elite photographers in all of professional boxing, Tom Casino. How’s everything going today, Tom?

TOM CASINO: Very nice Geoff, thank you, and I appreciate that introduction. It was very nice of you.