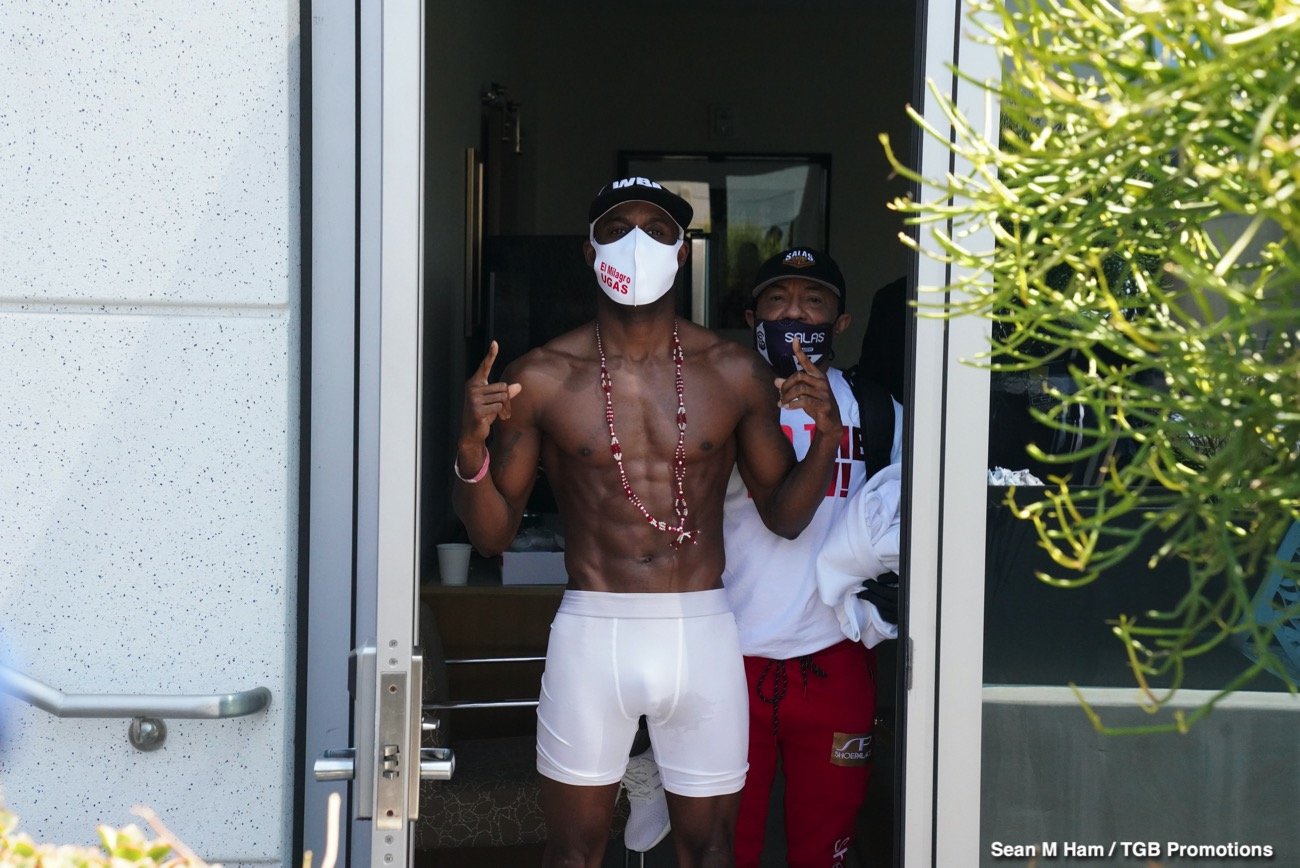 On a special FOX Sunday night Premier Boxing Champions broadcast Yordenis Ugas takes on the hard-nosed Abel Ramos for a secondary strap in the main event. The landscape of boxing in recent times has seen a shift for the sanctioning racket kings to routinely hand out belts to undeserving matchups and/or fighters. In the U.K. it’s commonplace for domestic boxers to meet for Commonwealth or British belts as a way to move up in the world rankings. In the United States, the regional title as far as being at stake for a televised fight is a rarity in recent years. Taking the place of regional belts, world secondary trinkets have been all the rage thus further cheapening the meaning of a world title.

As a full/part-time media member or boxing fans in general, we should just focus on the actual bout instead of the belts. The writers, broadcasters, podcasters all need to do their part correctly when mentioning second-tier belts. However, we can’t get caught up in long debates over which WBA belt really means the most in a particular weight class. Although, the ‘real’ claim may be accurate as many argue on boxing twitter over the 130 WBA belts, in some cases the so-called ‘fake’ champion could defeat the supposed real champ so who cares at the end of the day.

Promoters, networks, managers, and of course the boxers love to be involved title fights for obvious reasons and with an abundance of open corruption in the sport, can you really blame the fighters? For some time now it was built in to a cottage industry and usually, a fighter will make more money by simply winning or competing in a “title” bout. Which has a trickle-up (if you will) effect on everyone getting a percentage off a boxer. Also, let’s be honest, a casual fan watching a fight probably won’t know who the real champ at the weight class. If we as a sport put the titles or trinkets in the correct light with terminology as these bouts are made then we can get back to debating the outcomes or what the winner could have in store. Let’s put pressure on the ABC’s to actually have the secondary titles serve as routes to bigger fights within the organization or rankings much like the regional belts used to do.

The point is being made in this article for a number of reasons (182 WBA Belts) but most specifically for the upcoming Ugas vs. Ramos. At the ever so deep 147-pound division Abel Ramos should not be in line for a belt even if he’s a solid fighter which will almost certainly make for a good dancing partner versus Ugas. Yordenis on the other hand does deserve a legit shot at a world title based on his performance against Shawn Porter back in March 2019. To get to that title shot, Ugas put together good wins, some on short notice after losing 3 fights as a prospect. There is something to be said about a fighter that suffers early losses in this cutthroat sport, only to buck the system and rise back up the ladder especially in a difficult division.

In 2014, Ugas lost back to back outings giving him 3 marks in the loss column of his record with only 18 professional fights. For a young Mexican boxer that wouldn’t be deemed all that bad right but for a guy like Ugas with a great amateur pedigree, it was not a promising start. Ugas was dropped by his promoter and picked up by another platform. His win set off a string of 8 straight victories starting with Jamal James. By the way for those who will try to make it out to this as a pro-PBC point, Jamal Herring was released by Al Haymon and won a belt after a few of wins.

Thomas Dulorme, Bryant Perrella, Ray Robinson, all sturdy enough wins to bring Ugas to Shawn Porter. Porter and Ugas fought a closely-contested affair and it felt like both could’ve done more to clearly win. Generally, the ‘A’ side will come out on top in those types of scenarios. Yordenis jumped back on the saddle and blitzed an unbeaten Omar Figueroa last July then got a tune-up while waiting for a ruling from the results of a failed drug test for what was supposed to be a future opponent. Ugas has skills on the back and front foot, should he be successful on Sunday he might be in line for another big opportunity next or at the very least in the near future.

Breaking down this matchup Ugas vs. Ramos should fit the bill of being an entertaining ‘TV’ bout that satisfies fans tuning in. Ugas is a wide favorite but don’t underestimate Able Ramos. Ramos did get a stroke of luck in a sense anyway in his last-second TKO victory over Bryant Perrella in February. After reviewing both the visual and audio from that ending, it’s not such a horrible call as many think. When push comes to shove Perrella wasn’t follow the ref’s directions and he couldn’t stand on his own two feet without a stumble or holding on to the ropes. Regardless, Ramos is a game fighter having been tested by Jamal James, Ivan Baranchyk, Regis Prograis, & Maurice Hooker.

Whereas Ugas wasn’t all that comfortable being the lead against Shawn Porter, Ramos will be the guy who will lead on Sunday, which lines up quite nicely for Ugas to look pretty dang good and just as important, put him in a comfort zone. That’s not to say Ugas won’t be forced into uncomfortable moments throughout the fight from the relentless pressure style of Ramos.

The first part of this bout should feature a fair bit of two-way action with Ugas landing the flashier stuff. By the midpoint or at maybe down the stretch after say the 8th or 9th round, look for Ugas to begin to open up more on offense and push the pace enough to back up Ramos in spots. Both men fought in February so that should bode well for the feeling out process and no ring rust.

My Official Predictions is Yordenis Ugas by Unanimous Decision.

Side Note: Keep an eye out for a battle of undefeated prospects Jesus Ramos and Esteban Garcia on FOX.