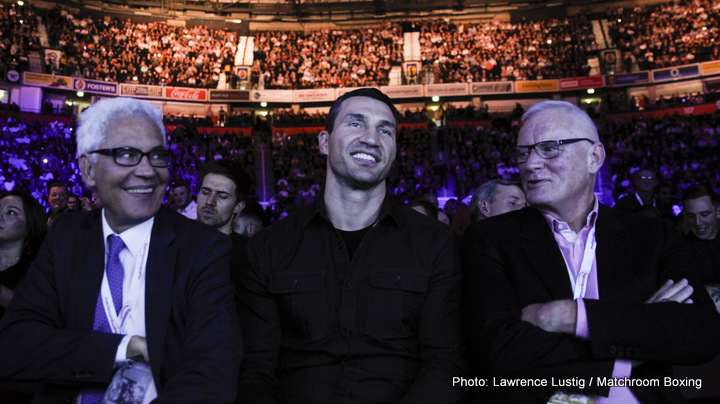 Former heavyweight champion Wladimir Klitschko has already said a number of times ahead of his April fight with Anthony Joshua how age is not, and will not be, a factor. Although he will be 41 come the April 29 fight for the IBF and WBA titles, Klitschko says this is merely a number and nothing more.

And, in a more recent interview with Eirsport, Wladimir says that he actually got faster as a fighter with age. Klitschko also says he has “ a lot of weapons” at his disposal and he will decide on the night which one he uses against the unbeaten Joshua.

“I think trainers and fighters have been studying my style and they are aware I can knock people out with both hands,” Klitschko said. “I showed it many times. I do have a lot of weapons. One of them is the jab. It depends how much Anthony is going to give me to use, and which weapon I’m going to choose. With age I got faster. And my endurance got better, my anticipation. Until now I’ve seen progress I always ask my team – you guys better tell me before I slow down, because maybe I won’t feel it. Just tell me if it’s there. So it’s not just my opinion. It’s the opinion of people who are close to me.”

The big question, or one of them surrounding this fascinating clash of ages, is will Klitschko either slow down or appear slow in comparison to the man 14 years his junior? Klitschko says that until now he has seen progress as he has aged, but his critics point to the poor performance he put on in his last fight, when he was out-pointed by Tyson Fury. Since then Klitschko might have looked great in the gym and in sparring, but until he actually fights again no-one knows if he still has it or not.

Will Klitschko, 64-4(53) let his hands go against Joshua? He certainly didn’t against Fury, something Wladimir concedes himself. By the time of the first bell against AJ, Klitschko will not have won a fight in slightly over two years, and he is sure to be carrying a fair amount of rust having not boxed for 17 months.

Can Joshua remind Klitschko of his age, or will the experience, the knowledge and the vast weaponry of Klitschko prove too much for the 18-0 fighter who has yet to go beyond the seventh round?

The experts cannot decide, nor can the bookmakers. This one is about as 50-50 as it gets in boxing.

Email
WhatsApp
Tweet
Share
176 Shares
Previous boxing news: Can Amir Khan bounce back in 2017? Khan says he “knows” he can win a world title at 147
Next boxing news: Baranchyk and Golub have big year in 2016
You are here: Home / Boxing News / Wladimir Klitschko: I do have a lot of weapons
Follow @boxingnews24