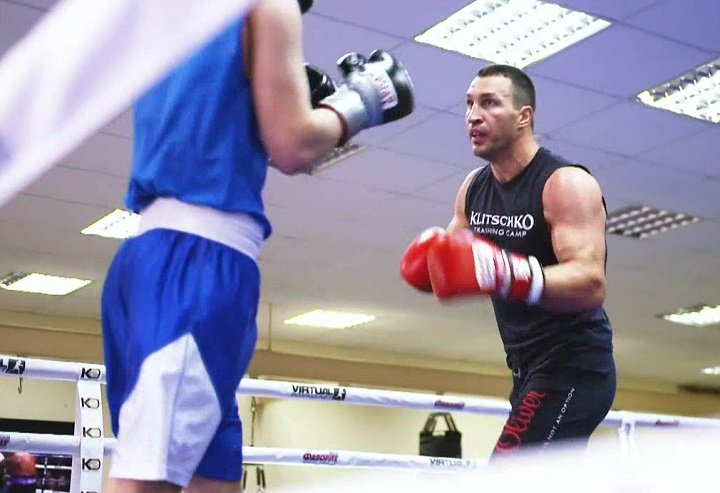 Is former long-reigning heavyweight champ Wladimir Klitschko one fight away from retirement or is the 41 year old one fight and one win away from becoming a three-time king with a rejuvenated career?

There is simply everything on the line for Klitschko this Saturday night in London as he challenges IBF ruler Anthony Joshua (the WBA heavyweight belt to also be at stake) and perhaps this is why Wladimir is calling the fight his “biggest challenge.” Klitschko, 64-4(53) has faced some big hurdles throughout his long career (he seriously considered calling it a day after Lamon Brewster shocked him in that quite bizarre fight back in 2004) and he has beaten some quality fighters – does Klitschko really feel Joshua, an unproven quantity in many departments, is the biggest challenge of his career?

Some would say Klitschko faced tougher tests (going in anyway) against the likes of Sam Peter, David Haye and certainly Tyson Fury. Klitschko, though, is using his “obsession” with regaining the belts as motivation when approaching the Joshua fight.

“On Saturday night I am going to face my biggest challenger, my strongest challenge,” Klitschko told Sky Sports News HQ today. “Did you see this guy, how dangerous he looks? What he’s capable of doing, knocking out everybody. Eighteen guys tried to conquer him, but they didn’t, he did his job, he did it well. There is nothing, even considered in my mind, that I’m not going to make it.”

Klitschko added how he knows Joshua well from having sparred with the man who is almost 15 years his junior, and that he has “seen something that I am going to use” in the fight; or at least he has seen things he says he might use.

Klistchko comes across as determined, focused and confident; perhaps more so than ever before in is career. It will be a shock to many if AJ proves too strong, young and powerful and KO’s Klitschko at Wembley, and it would also be something of a sad spectacle, seeing the proud ex-champ retired (although there is a rematch clause in the fight).

Will we see a great career ended, or a great career given a new lease of life? This fight, the biggest heavyweight title fight for some years, remains as tough to pick now as it is was when first announced.