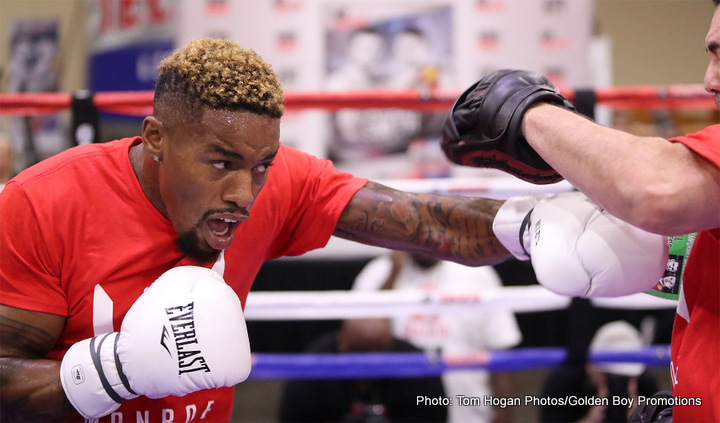 Former two-time world title challenger Willie Monroe Jr. has thrown his hat in the ring for a potential showdown with four-division champion Canelo Alvarez that would take place in September.

Monroe (24-3, 6 KOs) of Rochester, New York has won three bouts in a row, and feels that he not only has signed to fight Canelo in the past, but he has as many credentials as some of the names that are being mentioned as possible opponents.

“This is a fight that is four years in the making,” said Monroe. “What happened was when I fought Gabriel Rosado four years ago, I signed a contract to fight Canelo. I think his people were arrogant in thinking that I would not win that fight. Well, I won that fight, and the fight with Canelo never happened.”

“My manager David McWater and Split-T Management works with everybody, and I am ready, willing and able to fight Canelo. Look at my track record, I am always willing to take on anyone. I stood and fought with Gennady Golovkin; I went to England to fight Billy Joe Saunders; I fought and beat Rosado, Javier Maciel, and Hugo Centeno. I see some of the guys who are in the mix, and I feel that I compare favorably to their resume’s, and would definitely give Canelo a better challenge, so I would love that opportunity.”

Monroe is managed by Split-T Management and is a promotional Free Agent.

Concerning televised fights that have been broadcast during this return stage of boxing, fans and specialists from different parts of the world have approached the WBC to suggest that the referees do not wear mouth cover masks during their work.

Their argument Is that the face mask somehow limits the passage of air and hinders the “normal” oxygenation process. They say that the referees perform important physical activity during fights, and they can suffer consequences as the correct exchange of oxygen and carbon dioxide in the body is limited.

On the other hand, another group of experts considers that the use of the mouth mask is necessary, particularly in closed facilities, where the risk of contagion is greater. Also taking into account that, due to the nature of the work and responsibilities, the referee cannot maintain a riskless distance from the boxers.

It is therefore very important to highlight that, according to the protocol proposed by the WBC, both the referee and the athletes as well as all of the personnel who participate in the card, must undergo COVID-19 tests before entering the arena, in addition to the initial tests that are performed on boxers during the initial phases of this overall process.

In order to be able to issue an opinion based on scientific criteria, the World Boxing Council has made the pertinent and relevant consultation with its Medical Committee. Until their considered and expert opinion is available, the recommendation of the WBC will be to suggest to the local boxing commissions and to the referees themselves not to wear the face mask during the fight but leaving the final decision that seems most appropriate to the knowledge and skills of the medical specialists.

The protocol issued by the WBC for closed boxing cards has already been successfully implemented in many cities around the world, as part of this stage of restarting activities.