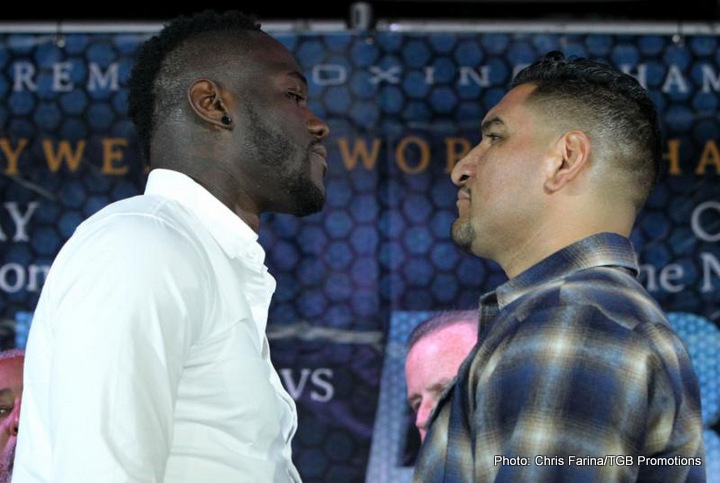 “Despite the short lead time to Wilder vs. Arreola, I am happy to report that VADA is in place as the anti-doping agency in accordance with the WBC Clean Boxing Program,” said Lou DiBella, President of DiBella Entertainment. “VADA is a preeminent and reliable service and its relationship with the WBC evidences a commitment to a cleaner sport.”

This marks the second straight training camp in which Wilder has enrolled with VADA. VADA testing, in accordance with the WBC Clean Boxing Program, was in place for Wilder’s scheduled May 21 defense versus Alexander Povetkin, which was canceled following Povetkin’s positive test for Meldonium. In addition, Wilder has submitted paperwork to VADA and the WBC to participate in year-round anti-doping testing that is expected to commence later this summer.

Tickets for the event, which is promoted by DiBella Entertainment in association with TGB Promotions and Bruno Event Team, start at only $20 and are on sale now. For tickets please visit www.alabamatitlefight.com and www.ticketmaster.com.