Now that the massive (in the UK) “Next Generation” fight with Conor Benn is off (maybe for good, who knows), it’s time for Chris Eubank Jr to move on (Benn must wait and see what developments unfold regarding the impending UKAD investigation into his failed drugs test before he can even think about fighting again).

Eubank Jr got himself down to the contracted weight of 157 and he then adhered to the rehydration clause, this after the fight was off, to prove a point. But it must be said, the 33 year old did look somewhat gaunt at 157, and we have no idea how he would have held up in a tough, hard fight. The more some of us think about it, maybe it’s just a good thing altogether that the Eubank-Benn catch-weight fight didn’t happen; maybe Eubank Sr was right all along with his huge misgivings about the fight.

Eubank Jr must now go back up to his more natural 160 pounds, or maybe even to 168, as he carries on with his career after what amounted to around three or four wasted months. But who could Eubank Jr fight next? Who would you like to see Eubank Jr fight next? Liam Smith has spoken with IFL TV, and he said he would fight Eubank “in a heartbeat,” as soon as November or December. “It wouldn’t be any of that 60 percent bullshit with me,” Smith said, referring to the percent of readiness and strength Eubank said he would be at for Benn.

Eubank has also called out Gennady Golovkin, and maybe this would be a good fight; even if plenty of people wish to see GGG call it a day at age 40. A return fight between Eubank and Billy Joe Saunders would always sell, but can BJS get his weigh down in order to fight again? Maybe, if Benn is cleared of any wrongdoing (and his fans and supporters are hoping, perhaps against hope, that this is what happens), Eubank could fight him after all; but would Eubank really want to sacrifice so much to make 157 pounds all over again?

Eubank has enjoyed (if that’s the right word) plenty of press these last few days/weeks, and he didn’t take a single punch in doing so. Some fans feel Eubank’s stock went up due to the way he handled the whole Benn episode, and maybe it has. It’s been far too long, however, since Eubank fought, this back in February when he defeated Liam Williams. And Eubank, 32-2(23) has boxed just three times since December of 2019. It’s time for Eubank to put the Benn farce behind him and get on with his career. 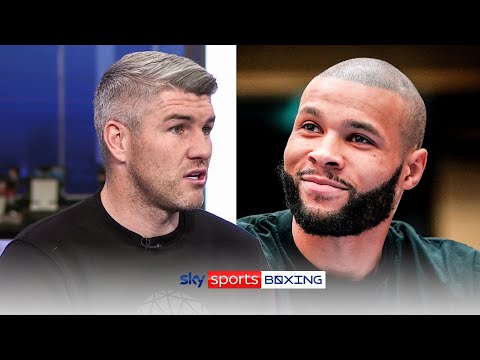