Three strikes and you’re out? Former WBO heavyweight champ Joseph Parker is making zero excuses for last night’s tough, at times brutal losing fight with Joe Joyce – class is not something Parker is short of, so this comes as no real surprise – but he now has to think hard about his future. Knocked out for the first time in his career by “Juggernaut” Joe Joyce, 30 year old Parker lost a fight he absolutely felt he would win.

Parker showed real toughness in hanging in there, taking hefty wallops, one eye banged up, the other bleeding, and it was quite amazing seeing Parker after the fight, as fresh and as lucid as he was. Like the man who defeated him, Parker is a quite remarkable fighter. But how much more has the New Zealander got left in the tank now, at 30-3(21)? No, Parker’s stock didn’t drop too much at all due to the 11th round KO loss, yet he did soak up a good deal of punishment. 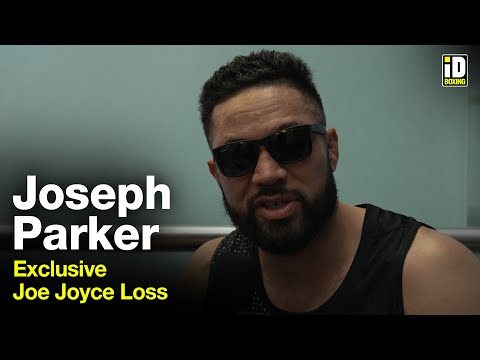 Parker, who is still young, says he will look at the tape of last night’s fight and that he will work on the things he did wrong. Parker has no intention of retiring, of walking away. In fact, it’s quite the opposite, Parker says he wants to be more active. Parker had nine months out of the ring between his rematch with Derek Chisora and last night’s fight, and Parker said this didn’t help him. Now, after he’s healed up, Parker wants to stay active.

“The busier I am, the more fights, the better I get,” Parker told iD Boxing today. “When you have a long time away from fighting, you sort of loose touch. So I want to fight [again] as soon as I can. I’ll recover and rest and then come back and see what’s next. I’d love to fight Dillian Whyte (in a rematch), if he’s free and available and if nothing’s locked in for him. He’s coming off a loss to Tyson Fury, I’m coming off a loss. I think it would be a great fight. The first fight was a tough fight and a close fight, and I think we can make it an even more exciting fight the second time around.”

You have to admire Parker for even thinking about going back to war after what he went through last night. Again, two superb fighters were in action last night, not just one. Parker can still win fights, yet this likeable fighter might just be destined to go down as a good fighter who fell short when fighting the big fights. The sport of boxing isn’t always fair and nice guys don’t always come first. But one thing we can be assured of when Parker fights is this – he will always give his best, his all.

Three times now, this hasn’t been enough. Can Parker improve his game this deep into his career? 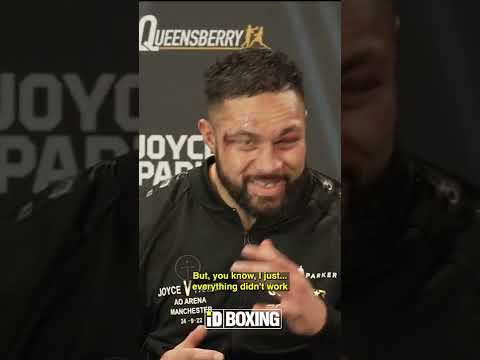