Talk about a fighter who has a ton of options. Josh Warrington, who looked back to his best last night in ripping the IBF featherweight title from Kiko Martinez to become a two-time champ, is right back in the mix for some massive fights in a stacked division. “Leeds Warrior” Warrington tore through Martinez, refusing to let a broken jaw stop him from winning (Warrington taken to the hospital after his 7th round stoppage victory).

And now, the 31 year old who has an army of fans supporting him is looking at his next move. This is where those options come in. Speaking after last night’s win, Warrington, 31-1-1(8) said he wants to have an “away day,” as in a big fight in America. Warrington’s US debut has been a long time coming, that’s for sure. Some of the names that have been mentioned, already, are – Emanuel Navvarete, Mark Magsayo, Leo Santa Cruz and, for a fight back home, in a huge stadium fight, Leigh Wood. 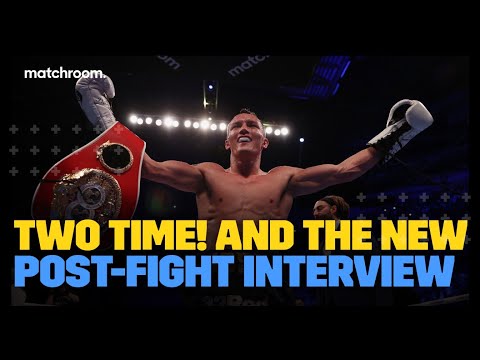 Warrington against either of his rival world champions would be welcomed by the fans, and Warrington, having revived his career in such a fashion, would have to be given a real shot at winning any of them. Navvarete is looked at by most as the best at the weight, while new champion Woods was nothing short of heroic in his epic win over Michael Conlan a couple of weeks back. Warrington will now look and see what his best option is, but he seems most keen on a fight in America next.

“For a long time we’ve been wanting to go to the states. Many of these [fans] have got their passports at the ready, their credit cards at the ready,” Warrington said last night. “We want an away day next. 11 times we’ve been here (in Leeds), we’ve done Headingley and we’ve done Elland Road. Let’s have an away day.”

Promoter Eddie Hearn likes the idea of a fight in the US.

“Josh has long wanted a trip to America and it would be Ricky Hatton-esque if we could do it,” Hearn told BBC Radio 5. “It looked like his career might be over, but he came back and regained the belt. He’s back in control with big nights ahead.”

That Warrington is, and the good thing for us fans is the fact that, of all the names that have been mentioned as possible next dance partners for Warrington, neither possible match-up would be anything but a great action fight. And then of course there’s Mauricio Lara, would Warrington be willing to mix it with the Mexican dangerman who upset him all those months ago?

A final word goes to Martinez, now 43-11-2(30). The Spanish warrior has never had things easy, fighting the best, often on the road, and Kiko always gave his best in action battles. Maybe we saw the last of Martinez last night? If so, let’s all hope Kiko enjoys a hard-earned retirement. 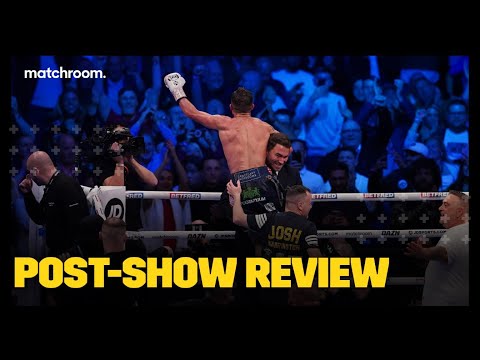