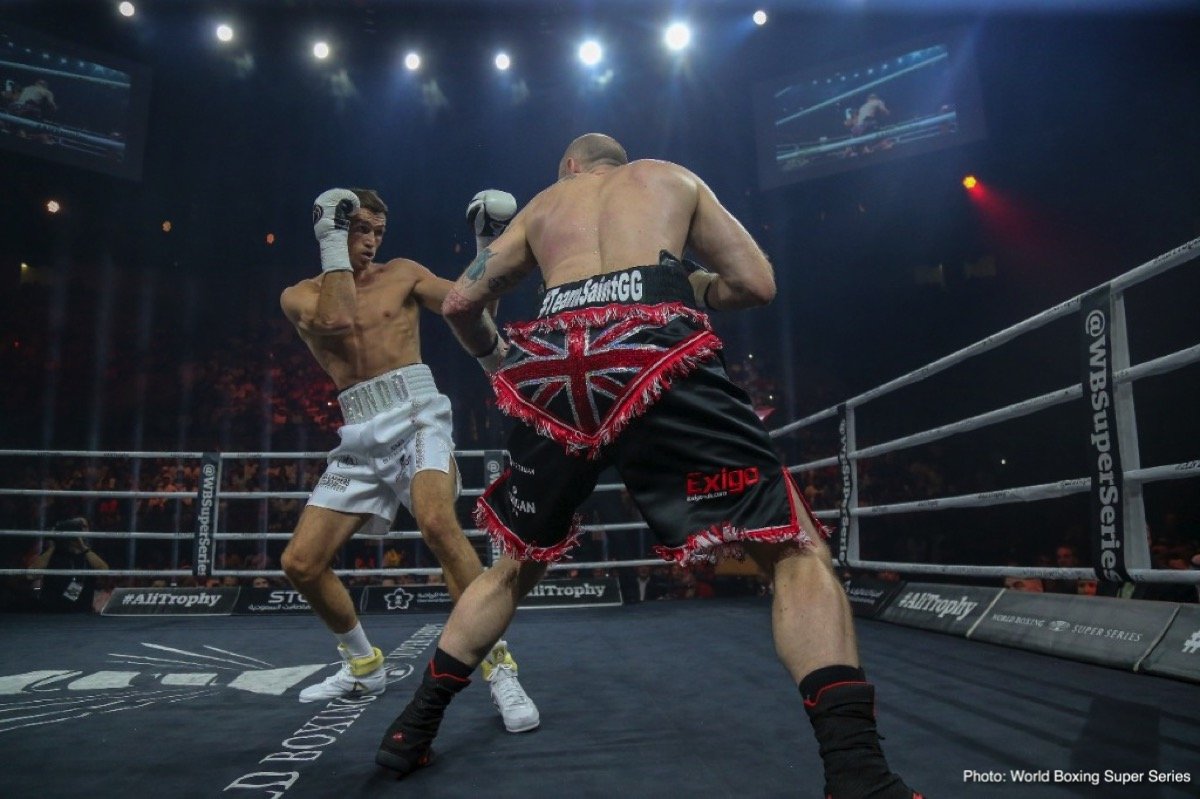 Last night, in the unlikely setting of Saudi Arabia, the fantastic (if a little drawn out) World Boxing Super Series super-middleweight tournament reached its conclusion. And what a bang the tourney really did end with. Courtesy of a great performance and an upset victory by Callum Smith, who tore the WBA 168 pound title from George Groves and also won the prestigious Muhammad Ali Trophy, fans got a thrilling fight/event.

There could well be more big fight nights in the Middle East in the future, but right now, Smith, 25-0 (18) and Groves, 28-4 (20) have their own immediate futures to think about. Smith said in victory how he achieved a lifelong dream and that he always knew he had the necessary stuff to become “number one on the planet.” While it’s debatable whether or not Smith, at age 28 and near his absolute peak no doubt, did that, he has certainly made his presence felt in the 168 pound division in a massive way. Smith, trained by the excellent if somewhat underrated Joe Gallagher, could possibly beat his rival super-middleweight champions if these fights can be made, and let’s hope they will be made.

Smith against reigning WBO super-middleweight champion Gilberto Ramirez really does jump out as a potentially great rumble. Both men are unbeaten, both are huge for the weight and both men are as tough as they are skilled. This one seems to have just about all the ingredients needed for a classic and memorable fight. Smith seems to have a good number of options for the coming months, but for now he can back in his well-earned glory.

As for Groves, the ex-champ said going into last night’s fight that he would consider retirement should he lose. But already, in speaking with Sky Sports, the 30 year old has made it clear he has changed his mind. Groves, who says he is “embarrassed” at being as badly hurt as he was by that Smith shot to the body (Groves says that never before in his career has he been hurt to the body) says he will have a good rest but that he very much plans to fight on.

To his credit Groves made no excuse for losing (and he could so easily have said the shoulder he had surgery on after his big win over Chris Eubank Jr in February bothered him, but he did not go there) and he admitted how “the better man won.” But can Groves bounce back, yet again?

Groves has had a tough and quite long boxing career, with him engaging in a number of gruelling and possibly damaging fights – two with Carl Froch, one with Badou Jack, one with Fedor Chudinov when he at last won a world title, and now he has sufferered this heavy stoppage defeat at the hands of Smith. A fine ambassador for the sport as well as being a man who has proven that good things can happen when you refuse to give up (it took Groves four attempts before he finally became a world champion, don’t forget), Groves has more than earned the right to go out on his own terms.

It could prove to be a long and even harder road back to the top though. We’ll have to see what Groves does next year. For now, congratulations have to go out to both British super-middleweights for a darn good fight last night.