Vasyl Lomachenko says he thinks Gennadiy Golovkin is maybe “too old now” and he feels he should “retire” following his loss to Canelo Alvarez last Saturday night.

Although the scores were close, Golovkin (42-2-1, 37 KOs) showed the classical signs of a shot fighter that was unable to pull the trigger on his punches. The scores were arguably far too close and should have been wider in the 117-111 to 118-110 range.

The only reason the fight was close is that Canelo emptied his gas tank after seven rounds and was fighting on fumes from the eighth round on.

Golovkin told the media at the post-fight press conference that he’s not going to be retiring. He says if there’s an offer to fight at 168, he could do that. If not, he’ll move back down to 160 and defend his three titles.

“It was very interesting. It was a historical moment that happened in the trilogy,” said Vasyl Lomachenko to Fight Hub TV when asked about Canelo Alvarez’s victory over Gennadiy Golovkin.

“Canelo was good, but maybe Gennadiy is too old now. I don’t know. Maybe a rematch with Bivol,” said Lomachenko when asked what Canelo should do next. “Yeah, why not?

“About Golovkin? I don’t know. It’s his decision. I don’t know. I think now he’s a legend, and he can retire. He can,” said Lomacchenko about his advice for Golovkin.

“To be honest with you, that’s the reason Canelo doesn’t want to fight David [Benavidez]. I think age caught up to him,” said Jose Benavidez Sr to Fighthype, reacting to Canelo’s win over Golovkin.

“He [Canelo] looks old. He got hit a lot, and that’s the reason he doesn’t want to face the ‘Mexican Monster.’ I guarantee you that after this type of performance [from Canelo], David will stop him in seven rounds.

“He won, to be honest with you. GGG did a great job. To be honest, I thought he was going to get stopped in six or seven rounds, but unbelievable. He went all rounds, and he caught Canelo with some combinations, uppercuts, and hooks also, and he had a mark.

“For being 42 years old, he did unbelievably, but as I said, the ‘Mexican Monster’ [David Benavidez] will stop him in six or seven rounds. That’s the reason he doesn’t want to fight David.

“Fighting David at 168. He’s bigger, younger, 25 years old, hungry, and that’s the reason he doesn’t want to fight David Benavidez. We’ve seen the peak [of Canelo]. No disrespect. This guy is super disciplined and has been working really hard.

“It’ll be really hard for somebody to get to where he’s got to, but everything, with time, everything has an end. I think this is the end. That’s why he doesn’t want to fight David Benavidez,” said Jose Sr. 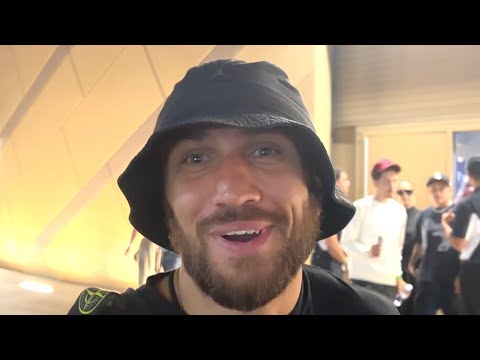