Fight fans witnessed a huge heavyweight upset today in Sydney, Australia, as 48 year old MMA great Mark Hunt sensationally TKO’d unbeaten heavyweight contender Sonny Bill Williams; a former rugby league and rugby union player who switched to boxing in 2009. The fight between the two New Zealander’s was a slugfest but the heavier, older man got the better of it. In round four, Hunt cracked 37 year old Williams with a right hand to the head followed by a left and down the heavy favourite went.

Williams, who had won all nine of his previous fights, got back up but he was under fierce pressure and the referee stopped the fight. There were no complaints. Hunt, who said today’s fight will be his last, really did shock the crowd. Williams, now 9-1(4) is said to be contemplating retirement himself. 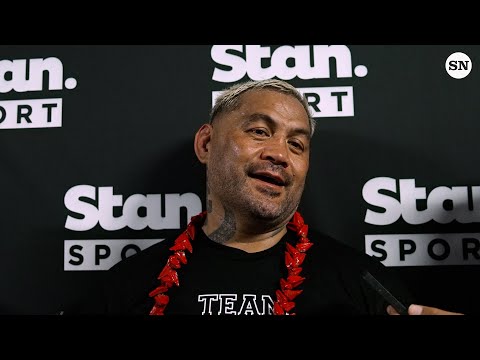 Williams – who began boxing in 2009 and resumed his ring career in 2021, having been inactive boxing wise from 2015 to 2020 – began today’s fight well and he seemed to be on his way to a win. But Hunt, who didn’t look to be in the best of shape, turned things around big time in the 4th. Hunt, a genuine tough guy who has fought in boxing, kickboxing, and MMA, was accurate with his shots and, once he had Williams hurt and down, he did not let up. Afterwards, both fighters showed plenty of mutual respect.

“I’m smiling not because of the win, but I’m smiling because this is the last time I walked into a ring of combat of any sorts,” a victorious Hunt said. “My first thought after was shit, I want to do that again! But no, [I won’t be back in the ring again.]”

Williams made no excuses.

“I would like to say it was an honour to share the ring with Mark Hunt tonight, the Super Samoan,” Williams said. “I tried my best but it wasn’t good enough.”

Prior to today’s upset defeat, Williams has impressed some with his boxing ability, his career boasting decent wins over Frans Botha and Chauncy Welliver. Now, it could be all over for Williams. Not too many fans outside of Australia and New Zealand knew about today’s heavyweight bout, but this one was big in that part of the world. As is the upset. 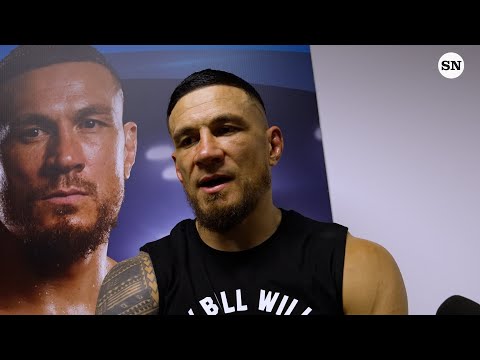