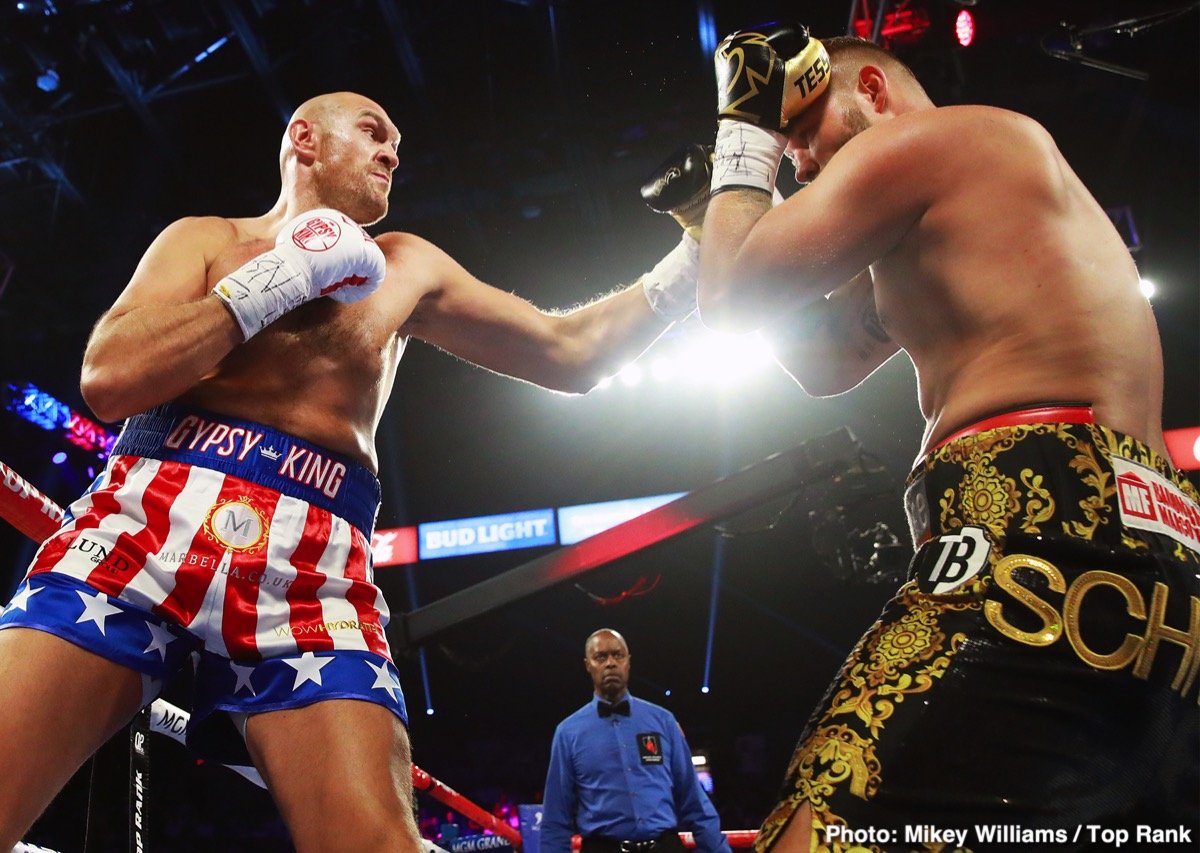 There really does seem to be a chance that Jarrell Miller, still currently suspended for failing more than one drugs test ahead of his ultimately scrapped fight with Anthony Joshua, will step into another big fight this year. One with Tyson Fury. Quite astonishingly to those people who feel the unbeaten New Yorker known as “Big Baby” should be punished far more sternly than he has been, promoter Frank Warren has said the fight could happen this October in Fury’s planned next fight, to be held in New York – and now Fury himself has said he would have “no problem” fighting Miller next.

Again, a good many fans might have a big problem with it if it happened – what kind of message would be sent if Miller, a drugs cheat, was handed a lucrative and high-profile fight so soon after flunking those tests – but this does not mean it will not happen. And Fury, speaking with his favorite video website, IFL TV, said he is open to negotiating with Miller.

“I’m open to fight Jarrell Miller no problem, I’ve got no problems with him doing whatever he wants to do in his life,” Fury said. “If he feels the need that he’s got to…… do what he’s got to do, that’s none of my concern, my concern is boxing and winning, not what the other man’s going to do to himself. So Jarrell Miller is an option, he’s a big old fella – he’s highly rated. He’s the highest available opponent, he’s number-three in America, behind Ruiz and Wilder and he’s popular because of all the scandal. So you could get somebody that nobody knows [for me to fight] but people don’t want that. Listen, I’d be open to negotiating with Big Baby for sure.”

Could it be that those around Fury feel the sheer amount of press this fight would get, good and bad, would see to it that the fight enjoyed a massive promotion and with it pulled in big, big money at the Box Office? Controversy sells, for certain, and maybe the temptation to make a Fury-Miller clash will indeed prove too good for Mr. Arum and Mr. Warren to pass up.

It’s all very well Fury saying he has no concern over what Miller does with his life, but what if Miller failed yet another test – either before or after a fight with Fury? Does Miller really deserve a second (or third) chance so soon after what he did, either knowingly or, if you can buy the notion, unknowingly when going into the Joshua fight?

Would YOU pay to watch Fury fight Miller if the fight did happen?