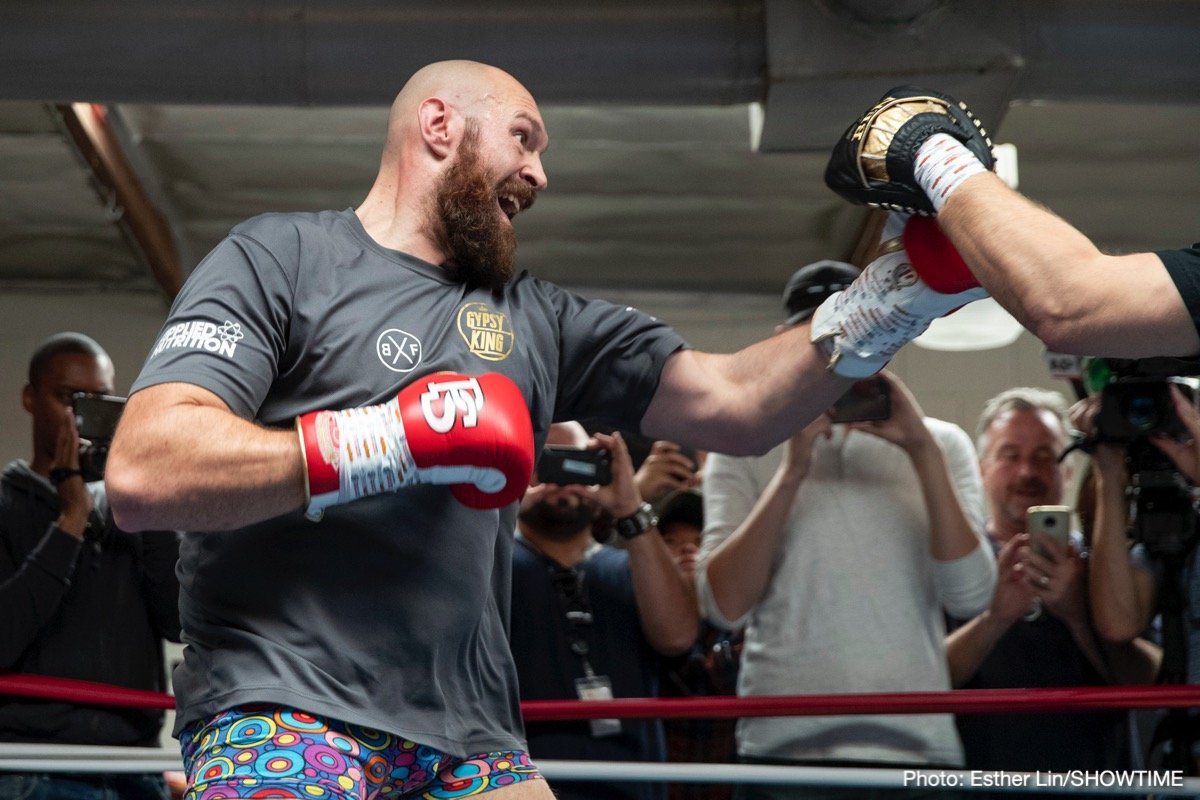 Lineal heavyweight champ Tyson Fury has a louder than loud personality (even if he has, perhaps, just maybe, toned it down a little right about now and is more respectful to his sport and to his opponents) so it is perhaps surprising “The Gypsy King” has not yet fought under the brightest of bright lights of Las Vegas. This, the glitziest of fight locations, would seem to suit Fury and his larger than life persona down to the ground.

Well, the Fury bandwagon will pull up in Sin City soon enough – on June 15th, at The Thomas and Mack Centre to be exact. This is the word, with Fury’s first fight under his big ESPN/Top Rank deal taking place then. Fury is excited and he is already calling for his UK fans to make the trip over with him. But will it be worth it for any fans other than Fury diehards? The speculation is rife right now regarding who the man in the opposite corner will be. Canadian media reports that it will not be unbeaten contender Oscar Rivas, he of the recent career-best (up until now at least) 12th round stoppage of Bryant Jennings, but that Rivas may well feature on Fury’s under-card.

The rumour mill is pumping out names like Jennings himself (would that fly, seeing as how “By By” is coming off a KO loss??), Manuel Charr, Andy Ruiz Jr. and others, and maybe it will be a guy like this who gets next crack at the unbeaten giant. But as much as it seems all stars who sign up to a new and highly lucrative deal with a fresh platform are entitled to an “easy one” in their first fight of said deal (see Canelo against Rocky Fielding and GGG against TBA, possibly an unknown puncher from Europe), we perhaps expect more from the LINEAL heavyweight king.

It was a big disappointment when we lost out on an immediate return fight between Fury and Deontay Wilder (a rematch we may never get to see now, who knows) and it will be even more depressing if Fury faces, in his ESPN/Vegas debut, a guy who, to paraphrase Fury’s own words, “isn’t good enough to lace his boots.”

At least the June fight will not be yet another pay-per-view event.