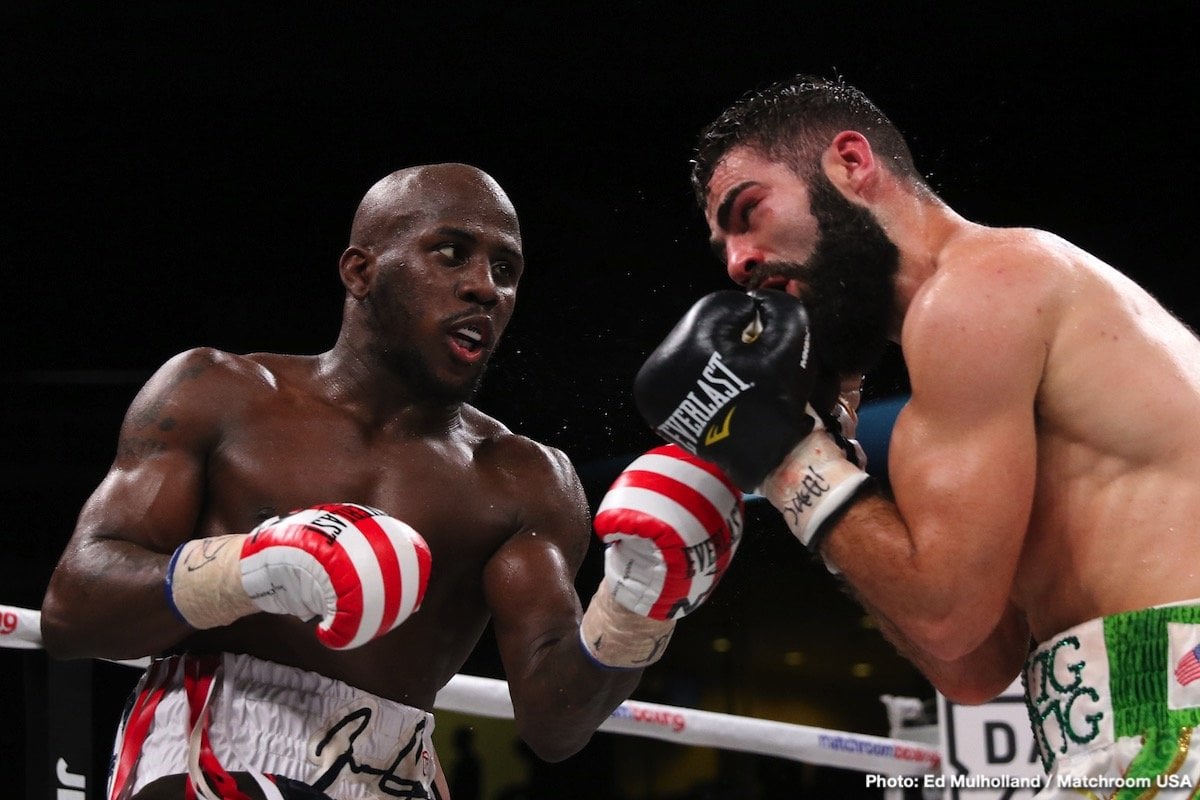 IBF super featherweight champion Tevin Farmer (29-4-1, 6 KOs) retained his title with a 12 round unanimous decision win over his tough as nails opponent Jono Carroll (16-1-1, 3 KOs) on Friday night on DAZN at the Liacouras Center, in Philadelphia, PA. These two warriors were like punching machines with their high volume offenses.

Farmer hurt Carroll in the 11th round, and him close to being knocked out, but he couldn’t do it. Carroll came back in the 12th round and had Farmer against the ropes and was landing some beautiful body and head shots.

Carroll, 26, threw over 1,200 punches, while Farmer threw over 800. Carroll’s shots weren’t as powerful as Farmer, but he still threw so many punches and landed close to 300. The majority of the punches Carroll landed were to the body. Farmer looked exhausted at times in the championship rounds from all the body shots that Carroll had hit him with through the course of the fight.

The final judges scores were 117-110, 117-111, and 117-111. Those scores were arguably wider than they should have been, as Carroll appeared to win at least five rounds with his high work rate. Farmer was covering up and trying to dodge shots against the ropes for most of the fight. When he did use movement to evade Carroll’s pressure in the championship rounds, he did it only briefly.

Farmer was interviewed after the fight, and he said he wants to face WBA super featherweight champion Gervonta ‘Tank’ Davis next if the match can be negotiated Farmer, 28, says he wants a fair deal and “life changing” money for the fight. Farmer made it clear that he absolutely wants to face Davis next if possible.

All in all, a rematch would be in order for the Farmer vs. Carroll. With the wide scores that were turned in by the three judges, that didn’t match the actual fight that took place tonight, a rematch would be a good idea, as long as Matchroom Boxing USA promoter Eddie Hearn is unable to put together a unification fight between Farmer and Tank Davis. The fans would like to see Farmer and Carroll do it again, but this time perhaps in Dublin, Ireland. The scoring for the rematch might be a different than the first fight. Carroll did a great job of keeping Farmer pinned to the ropes all night long, and hitting him with loads of shots to the body, arms and head. The judges seemed to be more impressed with an occasional hard head shot from Farmer that would snap back Carroll’s head. But all the body shots that Farmer was getting hit by should have resulted in Carroll being given rounds. 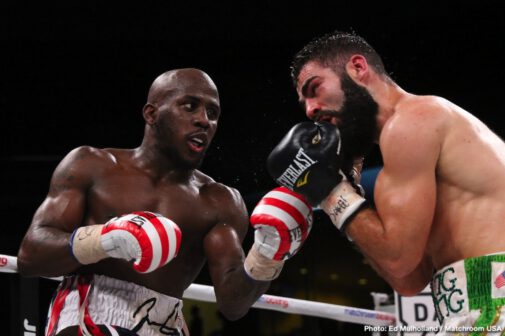 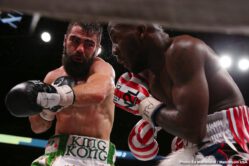 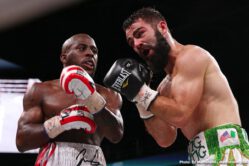 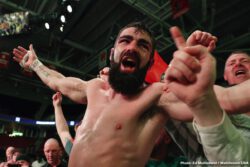 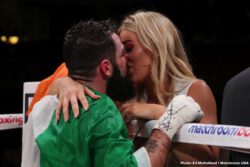 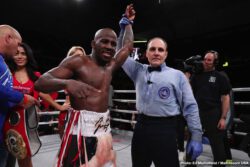 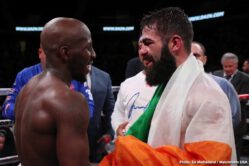 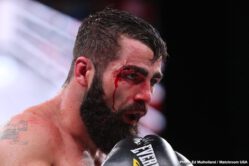 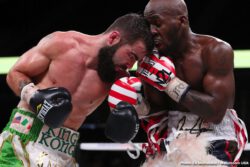 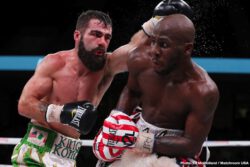 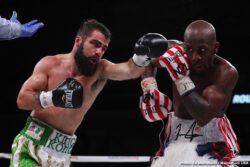 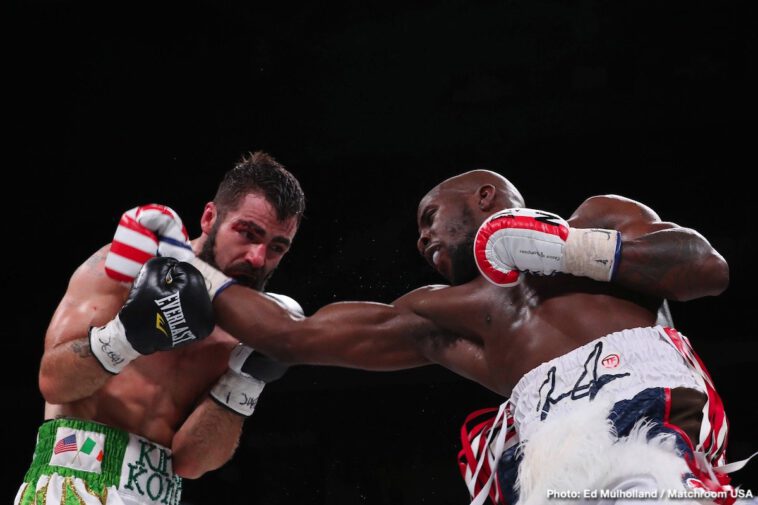