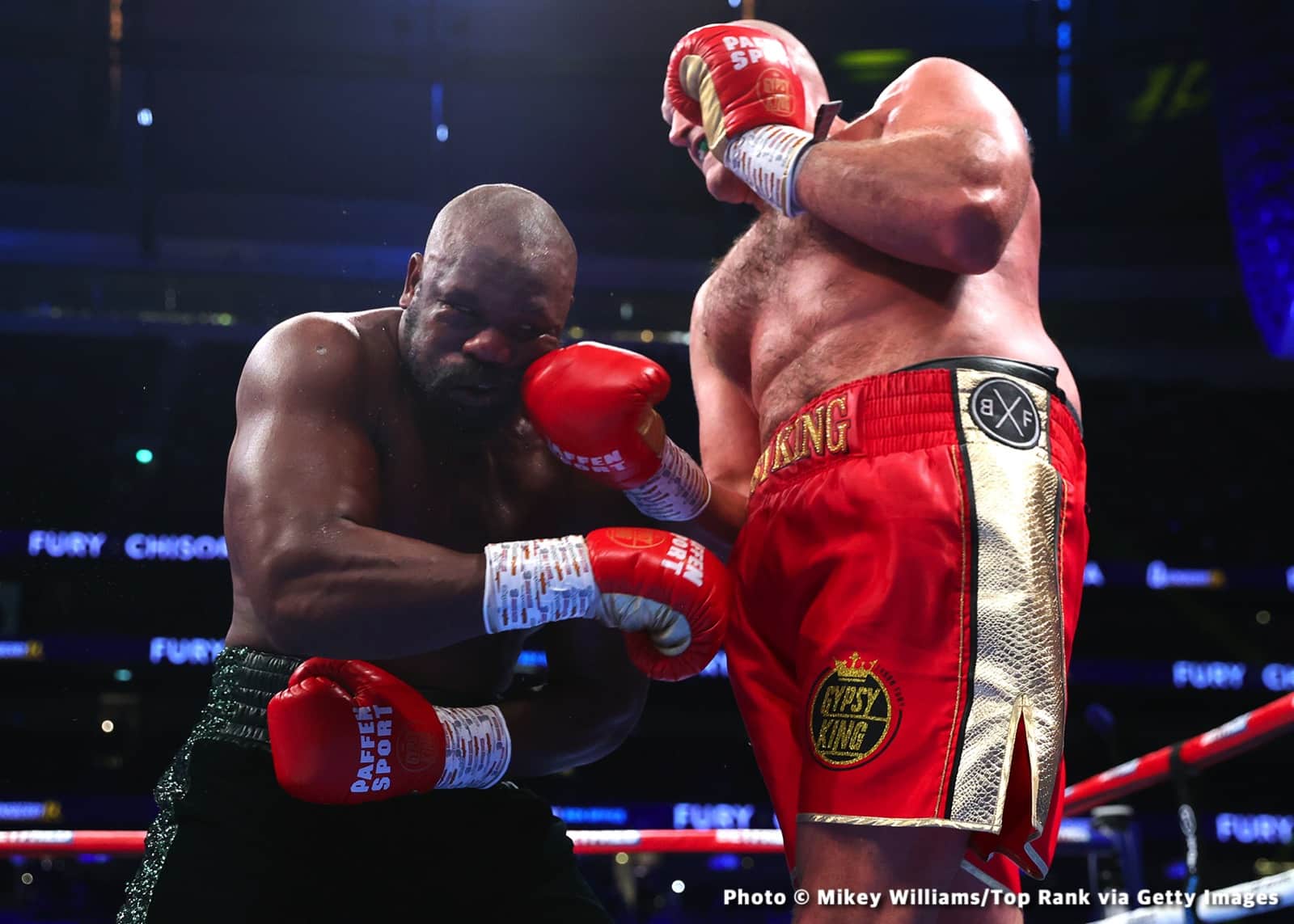 The referee should have penalized Fury for his constant clinching because that was his first move in many cases. When the referee would break, Fury would dive in for a clinch & then lean on Chisora with all his weight, which was nearly 270 lbs. 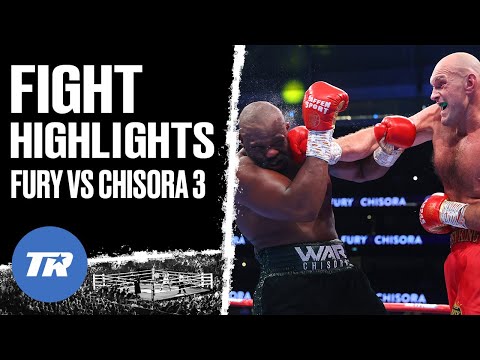 You could see the fat hanging from Fury’s sides, and he looked in worse shape than he’d been in his recent fights. If Chisora knew how to fight on the inside, he could have negated all the holding Fury was doing, but he had no inside game.

The ending of the fight was less than spectacular, with the referee Victor Loughlin stopping in to stop the contest at 2:51 of the tenth due to the 38-year-old Chisora lacking effectiveness.

Fury wasn’t landing much by this point in the fight, but the clinching & leaning he was doing did a number on wearing Chisora down.

If you remember the Lennox Lewis vs. Henry Akinwande fight, Fury did far more holding than Akinwande, who was disqualified for his constant clinching.

It shows how the sport has changed in the last 25 years to where fighters can game the system with spoiling.

It was a very weird stoppage, but it wasn’t a big deal because the fight looked more like an exhibition clash between two old guys, neither of which resembled elite-level heavyweights.

After the flight, Fury invited IBF/WBA/WBO heavyweight champion Olekandr Usyk into the ring to discuss a potential fight. Instead of getting inside the ring, Usyk stood outside and yelled at by Fury, who resembled an out-of-shape professional wrestler. 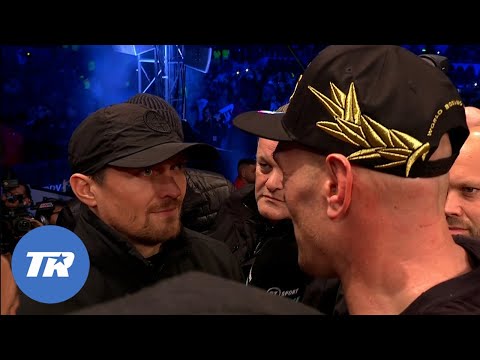 Where things got weird is when Fury changed his attention from calling out Usyk to trash-talking unbeaten contender Joe Joyce, making it appear that he was more interested in fighting him than Oleksandr.

Fury told Joyce that if his fight with Usyk doesn’t get made, he’ll fight him next.

You got to wonder how much effort Fury will put in to try and make this fight with Usyk because if it’s the Joyce match-up that he really wants, we might see impossible to meet deadlines given by Tyson in the same way he did in his foiled negotiations with Anthony Joshua.

Joyce then came into the ring and talked to Fury and was given interviews by the media while Usyk, the three-belt champion, was virtually ignored.

Presumably, Fury’s promoter Bob Arum will attempt to set up a fight with Usyk, but it wouldn’t be surprising if he winds up facing Joyce. That’s the guy that Fury seems more interested in fighting right now. If you’re Usyk, it might better to forget about Fury, and go in the direction of Deontay Wilder because the Gypsy King seems confused about what he wants. 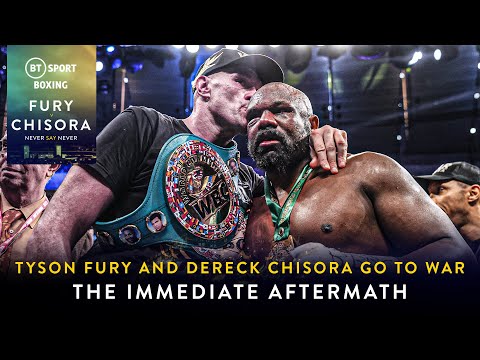 In easily the most interesting fight on the card, WBA ‘regular’ heavyweight champion Daniel Dubois (19-1, 18 KOs)  was almost knocked out in the first round by Kevin Lerena (28-2, 14 KOs) but survived three knockdowns to come back to stop the South African in the third.

Lerena dropped the 6’5″ Dubois three times with left hands in round one. By the time the round ended, Dubois was literally going down from gentle taps. His ability to take a punch was gone after the first knockdown.

Surprisingly, Lerena go for the kill in the second round and allowed Dubois to recover.

In the third round, Dubois caught Lerena with a nice right hand that bowled him over. Dubois then landed huge uppercuts to knock Lerena down for a second time at the bell. The referee Howard Foster then halted the fight.