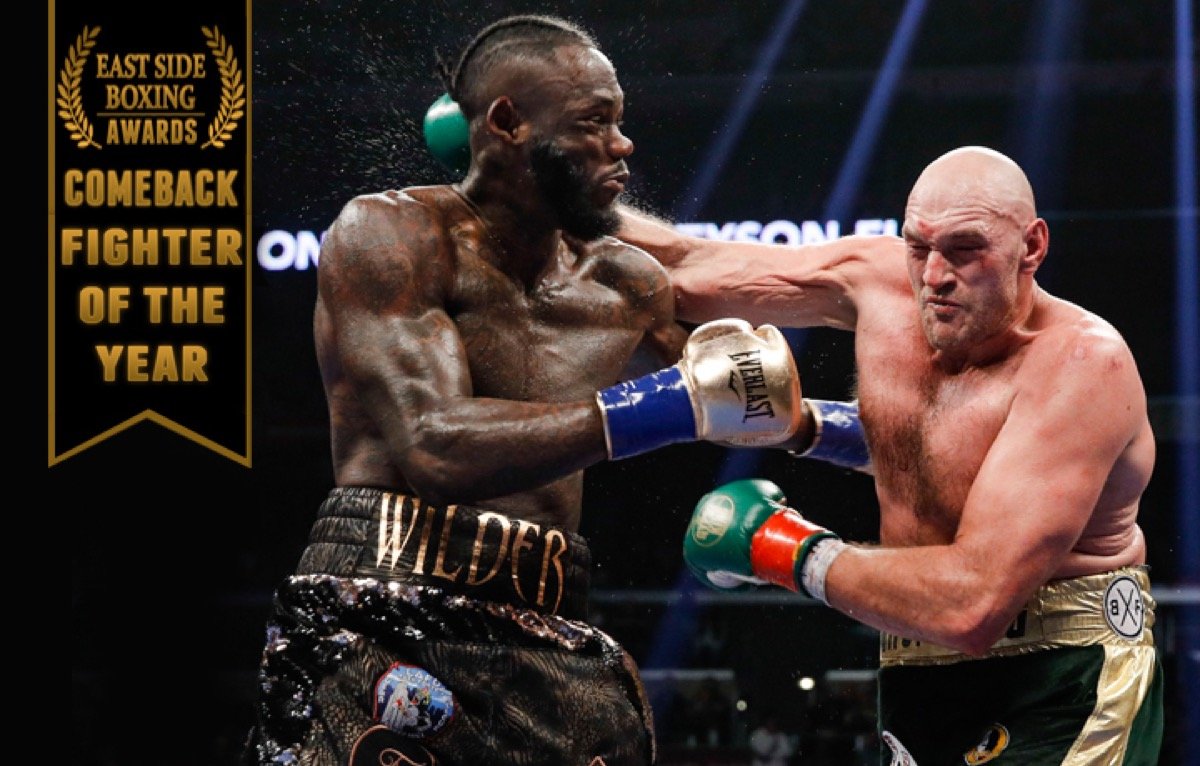 Tyson Fury is our pick for East Side Boxing’s 2018 Comeback Fighter of the Year – Photos © Esther Lin/SHOWTIME.

By Paul R Jones – EAST SIDE BOXING Writer and Photographer – Our third award winner of 2018:

Boxing was chock-full of empowering stories of redemption in 2018, including: Devon Alexander’s (27-5-1, 14 KOs) reemergence after coping with opioid abuse; Kell Brook’s (38-2, 26 KOs) return after battling depression and alcohol abuse, and suffering successive eye injuries;* Tevin Farmer’s resilience in earning a world championship at junior lightweight after being robbed, shot, nearly drowning, and tearing his biceps; and Beibut Shumenov’s (18-2, 12 KOs) journey to reclaim a cruiserweight world title (WBA Regular) after retiring from the sport due to a career-ending eye injury.

Fueled, in part, by depression and substance abuse, Fury ballooned to a whopping 350 pounds and faded fast from the limelight after becoming the lineal heavyweight champion back in 2015—a distinction Fury never lost inside of the ring.

“I didn’t care about nothin’,” said Fury reflecting on this time period in BT Sport Boxing’s feature Tyson Fury: The Road to Redemption.

What a difference two and a half years can make.

After the protracted layoff, Fury teamed up with British boxing trainer, Ben Davison—former trainer and friend of Billy Joe Saunders—who helped Fury shed about 135 pounds and adopt a new outlook on life.

Fury came back with a vengeance, reeling off two quick wins in June and August before signing on to fight reigning WBC Champ, Deontay Wilder (40-0-1, 39 KOs) in December.

Because Fury remained undefeated, and Wilder was among the most avoided heavyweights—and, perhaps, the most avoided fighter in the boxing—the gargantuan-sized implications of Wilder vs. Fury were undeniable.

A slight underdog by Vegas odds, but a heavy underdog according to many boxing pundits and social media outlets, Fury would go on to outbox Wilder over 12 exciting rounds.

And, although Fury flirted with danger in rounds 9 and 12, the self-proclaimed ‘Gypsy King’ pushed through these pain points and presumably earned what most sensible viewers thought was a slim, but clear points victory.

However, Fury would have to settle for an unpopular (but conceivable) draw against Wilder—due in equal parts to Wilder’s knockdowns and an indefensible 115-111 scorecard turned in by judge Alejandro Rochin, whose asinine scorecard was on par with the missteps of infamous judges Adalaide Byrd and C.J. Ross, who turned in egregious scorecards for Canelo vs. Golovkin and Mayweather vs. Canelo, respectively. 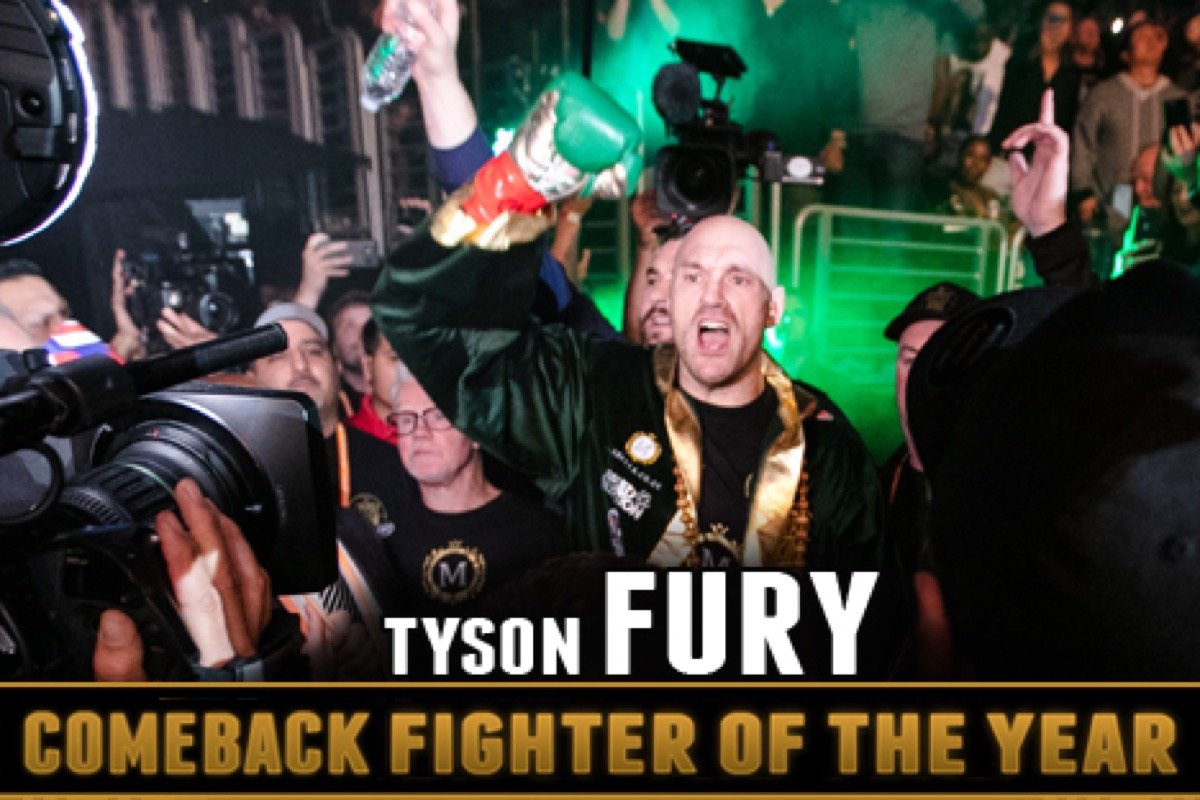 Nevertheless, Fury’s ability to overcome adversity and put forth a master class against Wilder were not only good enough to earn Fury recognition as the “People’s Heavyweight Champ,” but they were also good enough to earn East Side Boxing’s top honor as 2018 COMEBACK Fighter of the Year.

*For masterful coverage of the depths of Brook’s self-doubt, see Donald McRae’s article for The Guardian and Brook’s explanation here.

Editor’s Note: This selection was made by Paul R. Jones! and Justin Jones on behalf of EAST SIDE BOXING.

Paul R. Jones! is a boxing writer and ringside photographer for EASTSIDEBOXING. He joined ESB in 2011. A scientist by day and boxing writer by night, he covers the humorous, offbeat, and absurd from the sport of boxing. Paul’s articles have appeared in PEDIATRICS, Race and Social Problems, and Motivation and Emotion, and he’s covered boxing for BOXINGINSIDER, TheFightJournal, BOXINGNEWS24, and WRAPSONTV. Follow him on Twitter here: @boxingepicenter. Or e-mail him at prjones1@hotmail.com.