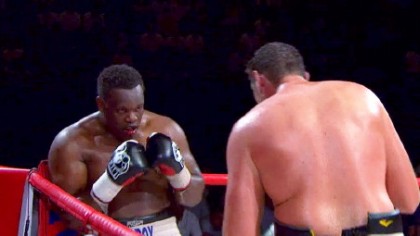 As with Haye, who got cut with just days to go before the first date set for his anticipated rumble with Fury, Chisora has injured himself on the week of the fight. Shouldn’t all the heavy sparring have been done by now, some fans may well ask? As for Fury himself, it might not be too much of a stretch for him to begin to believe that his potential rivals – those in Britain anyway – are actually scared to face him!

How many months of his promising and exciting career has Fury seen go down the drain now, totally wasted? The past 12-months have certainly been a horrible 12-months for Tyson Fury! Get ready for some understandably venous comments from Tyson’s Twitter page!

A new date is reportedly being worked on, but this will come as no real consolation to Fury.