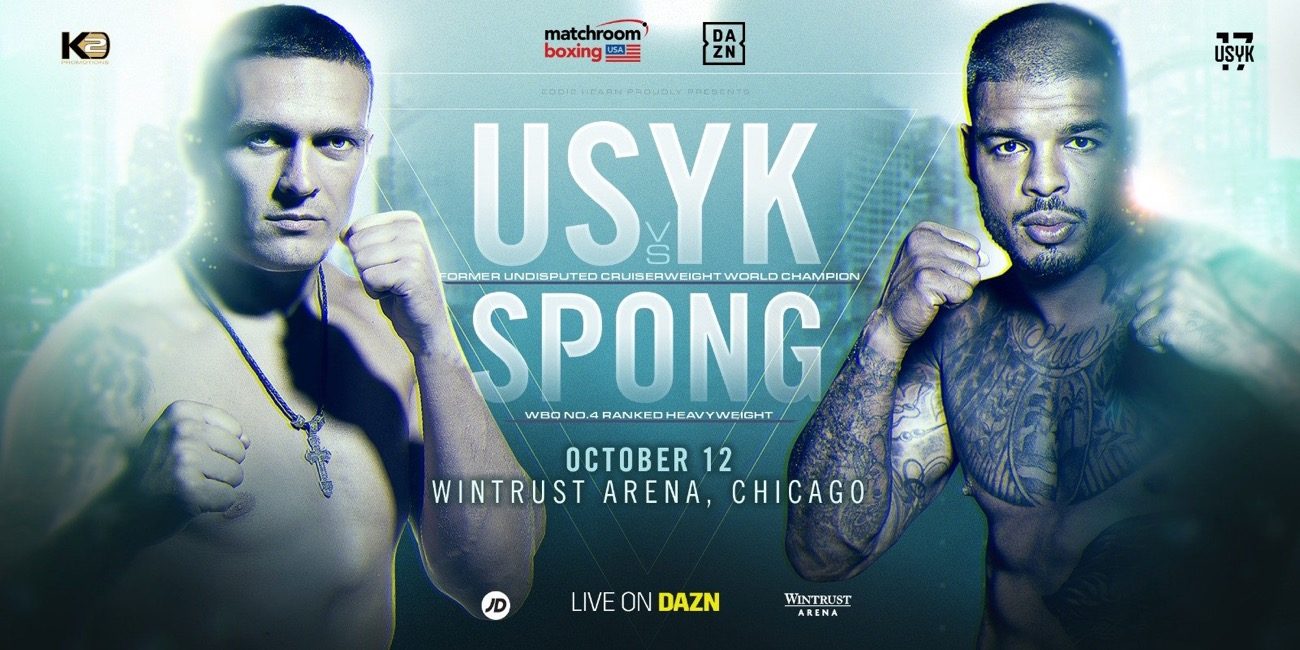 In a year that has seen a number of big names fail a drugs test of one kind or another, the hits just keep on coming. The latest fighter to test positive for an illegal substance is Tyrone Spong, the unbeaten heavyweight/former MMA fighter who was to have welcomed former undisputed cruiserweight king Oleksandr Usyk to the heavyweight division this Saturday night in Chicago.

According to promoter Eddie Hearn, VADA have confirmed adversed findings in Spong’s sample and as a result of this a new opponent is currently being sought for Usyk.

“We have reserve opponents standing by,” Hearn said via an official twitter statement.

We have been contacted by VADA to inform us that there has been an adverse finding in Tyrone Spong’s test. It has been sent to the State of Illinois commission and further information will be released in the morning. We have reserve opponents standing by.

Usyk was supposed to have boxed his heavyweight debut back in May of this year, against Carlos Takam, only to suffer an arm injury and be forced to postpone the fight. Then other names were suggested for the October 12 date, with Spong finally being selected. It would have proven an interesting fight, Spong certainly carrying real punching power. Now we must wait and see who Hearn has on his short-list of opponents, one of which to step in at very short (five days) notice to face southpaw Usyk.

Spong is, naturally, insisting he is innocent, that he has been forced out of the fight. But a failed test is a failed test; Spong reportedly testing positive for the banned substance clomiphene.

So who might the replacement foe be for Usyk? Hearn of course has a number of heavyweight fighters under his Matchroom banner and it could be that Usyk still gets a good fight, a hard and testing fight on Saturday night. It would be a real shame, for Usyk mostly, if the card did in fact have to be canceled entirely. Usyk, 16-0(12) has not fought since November of last year, when he KO’d Tony Bellew in his final appearance as a 200 pound fighter. Usyk needs to fight soon or else he will run the risk of picking up a good deal of ring rust.