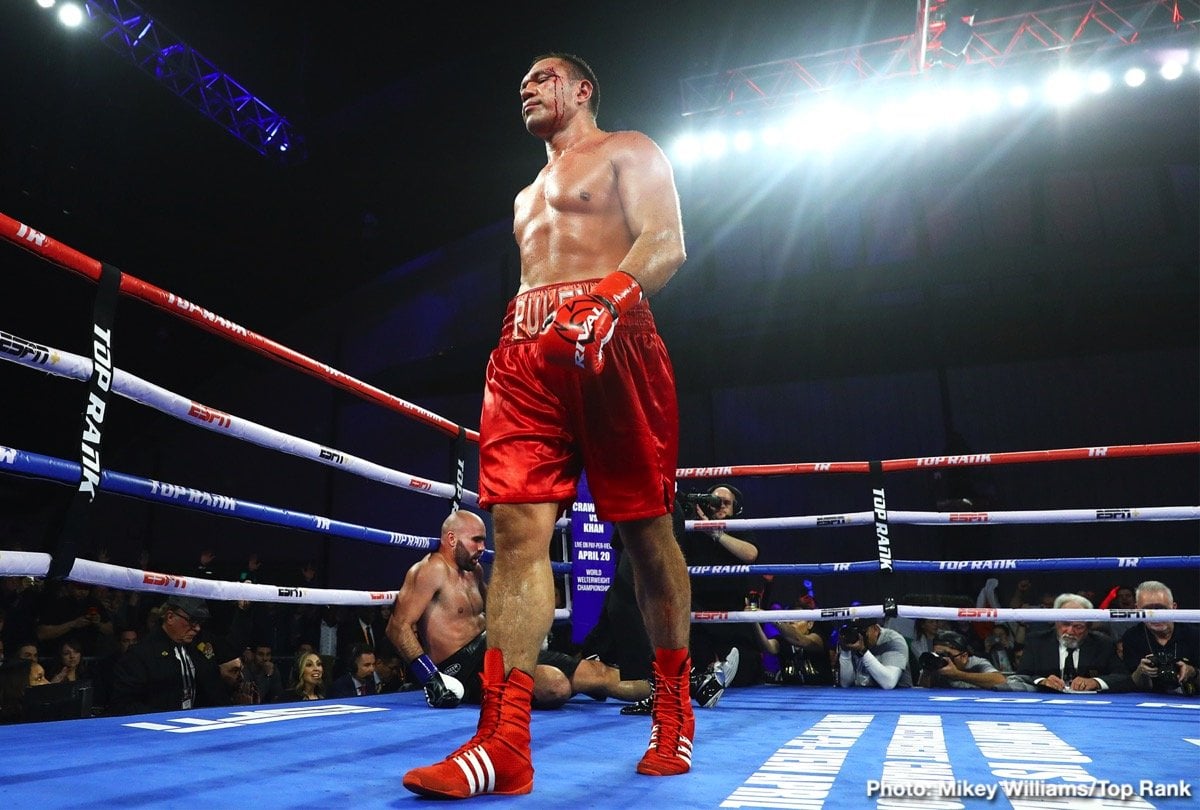 As he awaits his mandated shot at the IBF heavyweight title currently held by Andy Ruiz, experienced veteran Kubrat Pulev looks to keep himself busy. Reports came out a while back that told us Pulev, beaten only by a peak Wladimir Klitschko, would face Mark De Mori (of David Haye “fame”) next. That match-up was widely ridiculed, and now De Mori is out and another, tougher fighter, is in: Rydell Booker.

As per a report from ESPN.com, Pulev, 27-1(14) and last seen taking out an overmatched Bogdan Dinu in March, will face Booker on November 9th on the Jamel Herring-Lamont Roach Jr card in Fresno. It’s an okay fight, certainly as a keep-busy match for 38 year old Pulev (Booker is the same age), and again, far better than Pulev Vs. De Mori.

Booker has quite an interesting story. Going pro back in 2001, he lost his unbeaten record to James Toney in 2004, this after beating good names like Uriah Grant and Art Jimmerson, and Booker then spent over ten long years languishing in prison. Since coming back last year, Booker has fought five times, winning four and losing one – this to unbeaten heavyweight contender Jermaine Franklin in a pretty good fight. Booker is tough, no doubt about it, never having been stopped in his 26-2(13) pro career. Maybe Booker can give the Bulgarian a hard night’s work. A distance fight would certainly not be a surprise here.

Pulev, though, should get the win, and by a quite big margin on the cards (although in some fights, Pulev can be guilty of being somewhat lazy with his punch output) and then look forward to getting it on with the Ruiz/Anthony Joshua rematch winner. Pulev has reeled off seven straight wins since losing his world title challenge against Klitschko back in November of 2014.

Again, Pulev should see off Booker with no real problems, but would you pick him to beat either Ruiz or AJ? Let’s see how impressive Ruiz and Joshua look in their eagerly awaited December 7 return in Saudi Arabia.