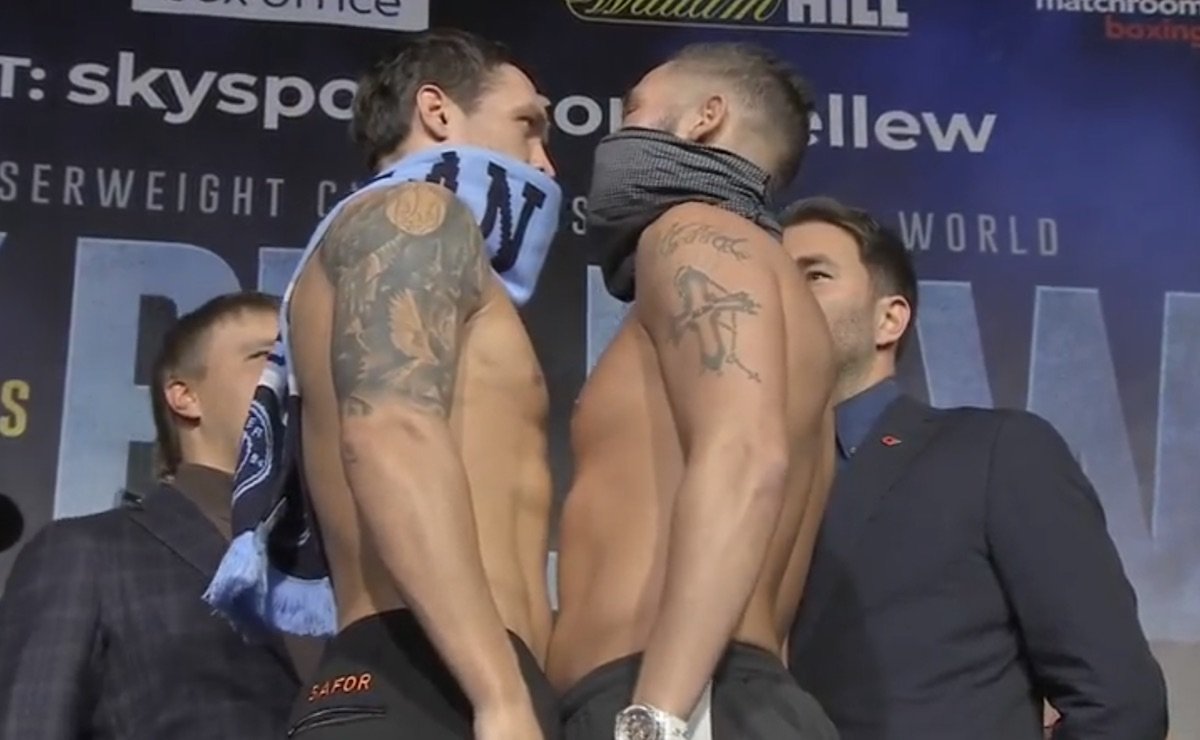 Tony Bellew: I’m Not Scared Of Anyone, Certainly Not Usyk

Rival cruiserweights Oleksandr Usyk and Tony Bellew engaged in quite the stare-down in mid-ring a while before the fantastic Anthony Joshua-Alexander Povetkin fight broke out. Usyk, the first man in history to hold all four recognised world titles at cruiserweight, will make his first undisputed defence against Bellew in Manchester, UK on November 10 (yet another pay-per-view event straight ahead).

And Bellew, 30-2-1(20) is convinced he can make some boxing history of his own, by beating the unbeaten Ukrainian southpaw and in so doing becoming the first British fighter to have ever held all four belts at any weight. Neither man gave anything away on Saturday night, with the not-a-flinch stare-down proving quite intense. Usyk has referred to Bellew as “arrogant,” while Bellew has said that Usyk’s attempts at intimidating him with his “crazy Ukrainian stare” failed to have any effect on him.

“He is what he is, he does what he says on the tin, he’s a big dude and yes, he tried to intimidate me but I am not scared of him, at all,” Bellew said to Sky Sports when discussing Usyk and Saturday’s seemingly endless stare-down. “Of course he tried to get to me in that stare-down but if he thinks that is going to do anything to me, never mind get worried, he is just a big fool. I am not scared of anyone, certainly not Usyk. He gave me that crazy Ukrainian look, so I just gave him a crazy Scouse one back. He can do what he wants, I’ve been written off my whole life, so it’s nothing new.”

Recently, promoter Eddie Hearn said that should his fighter Bellew manage to defeat Usyk, now in almost all pound-for-pound rankings, he could be considered an all-time great, certainly a future Hall of Famer. It really does promise to be a fascinating fight. Bellew looks to have shifted some weight already ahead of what will be his first fight down at 200 pounds in quite some time, while admitted “perfectionist” Usyk is never out of shape.

As he says himself, Bellew has often been the underdog, only to rise to the occasion in great style. Can “Bomber” do it again, in this, the biggest fight of his entire career? Usyk, 15-0(11) is thinking big for the future, aiming for a shot at heavyweight champ Joshua before the end of next year, but Bellew will not go easily. This match-up might just give us The Fight of The Year. 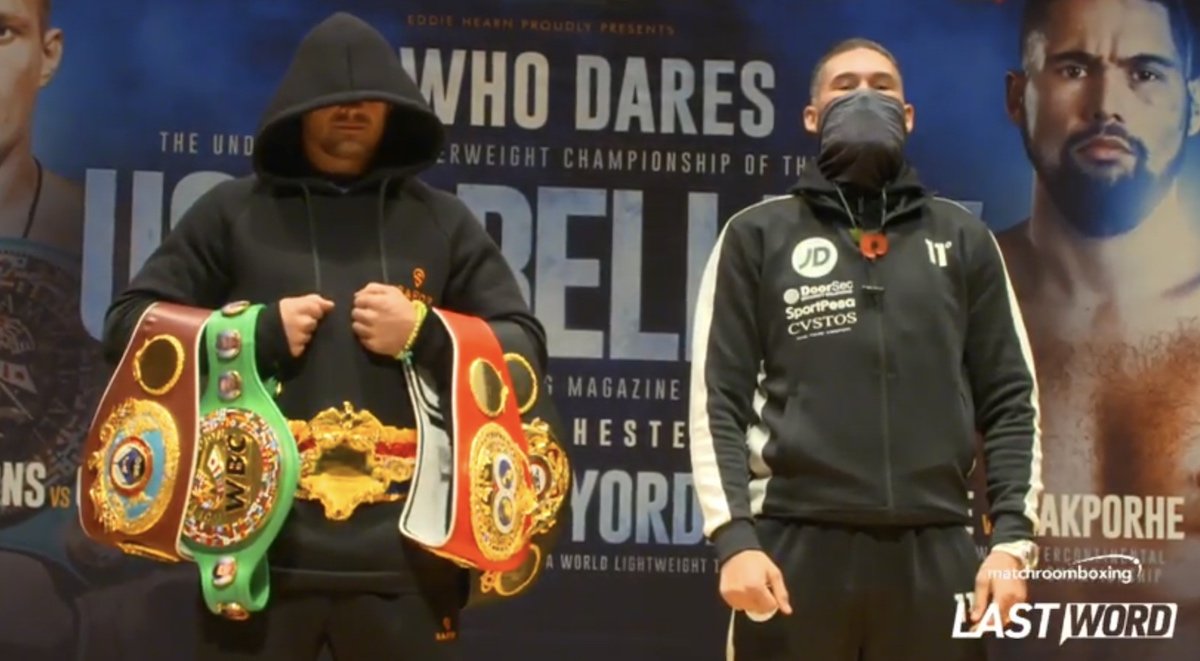 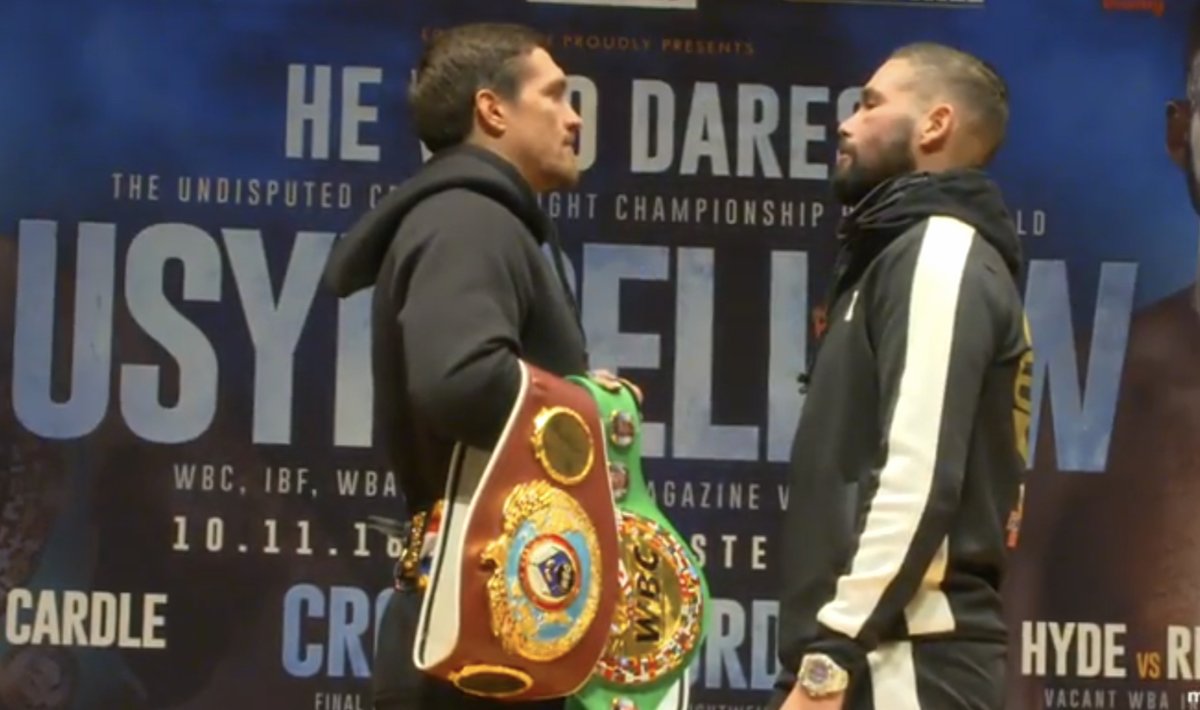 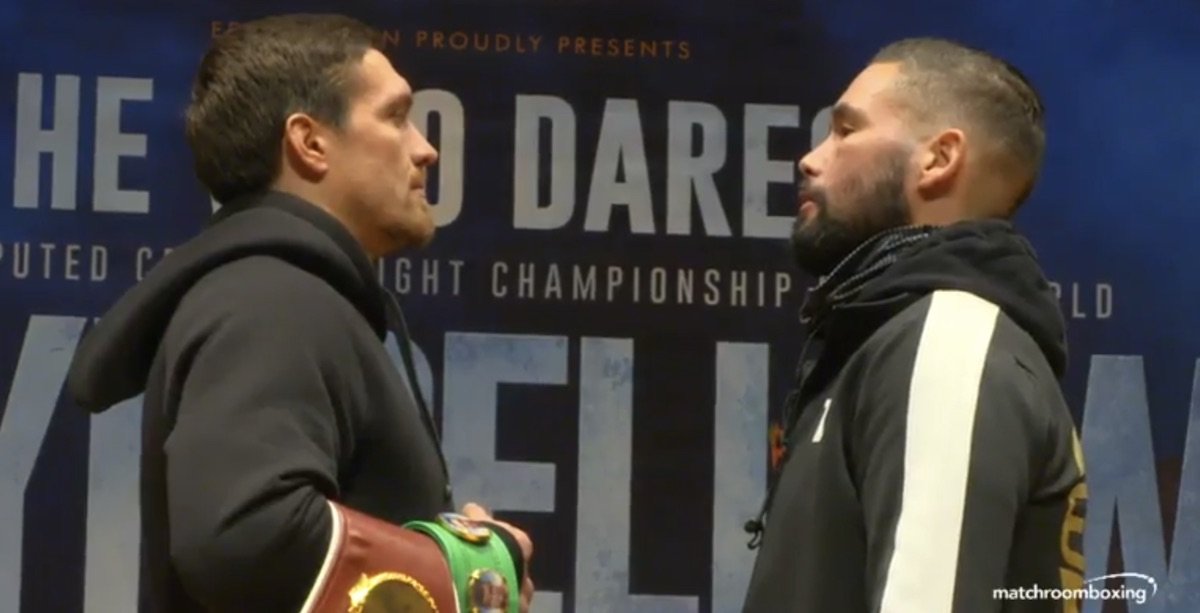 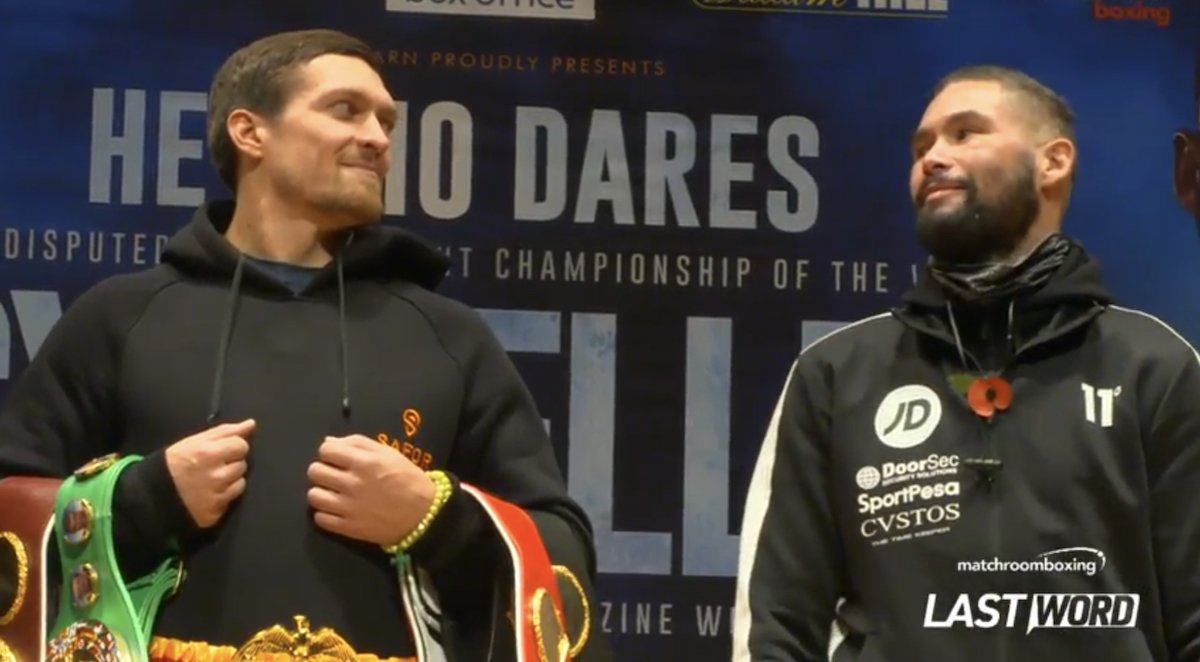 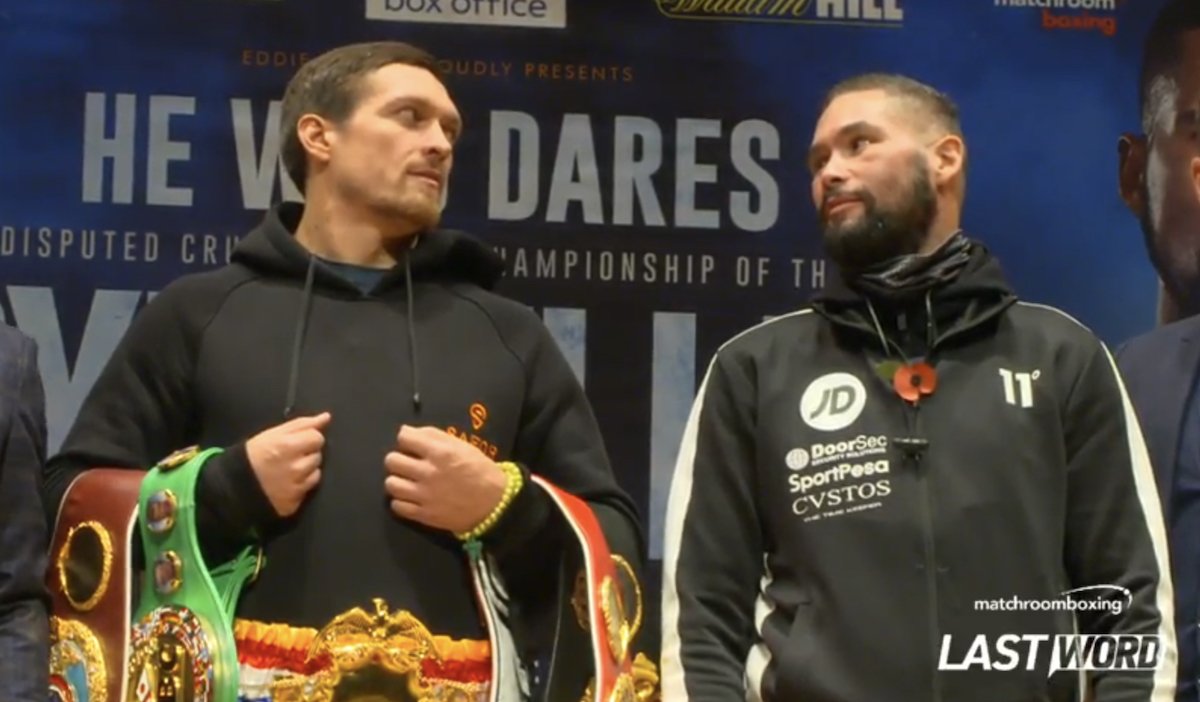