Earlier today in Tokyo, Japan, Naoya Inoue stopped Paul Butler to unify all four belts at bantamweight. Inoue, who had to chase an extremely, yet understandably, reluctant Butler all night long, finally got the stoppage win he was looking for in the 11th round. Opening up once again in the 11th, Inoue’s combinations drove defending WBO champ Butler into the ropes and then to the canvas. The fight, which had been a tedious affair to watch until the sudden ending, was over at the 1:09 mark. 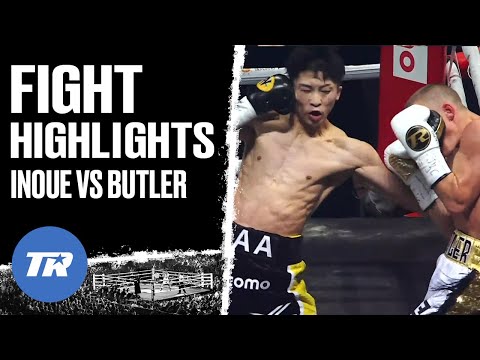 Inoue was extended today yet he was never pushed or tested. Butler was in defensive mode all night long and, aside from the rare occasion when the Cheshire man threw out the odd shot, his right hand being his best weapon, it was akin to a sparring session for Inoue. Butler said before today’s fight that, if the fight got past the sixth round, he would win. Butler survived that long, taking some good shots from Inoue in doing so, but Butler’s game plan, whatever it was, didn’t change in round seven, or round eight, or nine, or ten…. You get the picture.

Inoue tried his best to get Butler to have a fight with him, with “The Monster” standing in the pocket, going southpaw, dropping his hands, even putting his hands behind his back at one point, Roy Jones Jr style. But Butler wouldn’t bite, he was tucking up and staying tucked up. Had today’s fight not been fought before a polite Japanese audience, the booing would certainly have been deafening.

You cannot really blame Butler for not opening up, as he is not a puncher and he knew how Inoue would make him pay if he did open up. Butler used a ton of movement as Inoue was on him all night. Butler did start to throw a few more shots in the later rounds, but it was no way near enough. It looked, though, as if Butler would last the distance. Instead, saving us from another three or so minutes of snoozer material, Inoue at last broke through in the penultimate round, driving Butler to the canvas where he was counted out.

Inoue said post-fight that his future lies up a weight class. Inoue has won all there is to win at bantamweight. 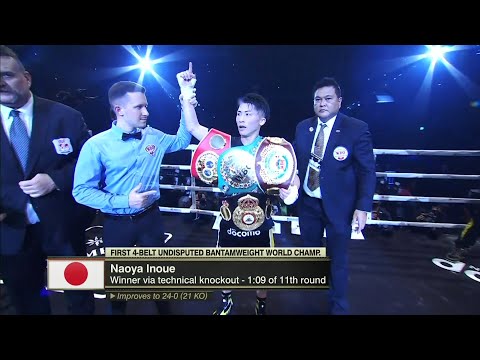