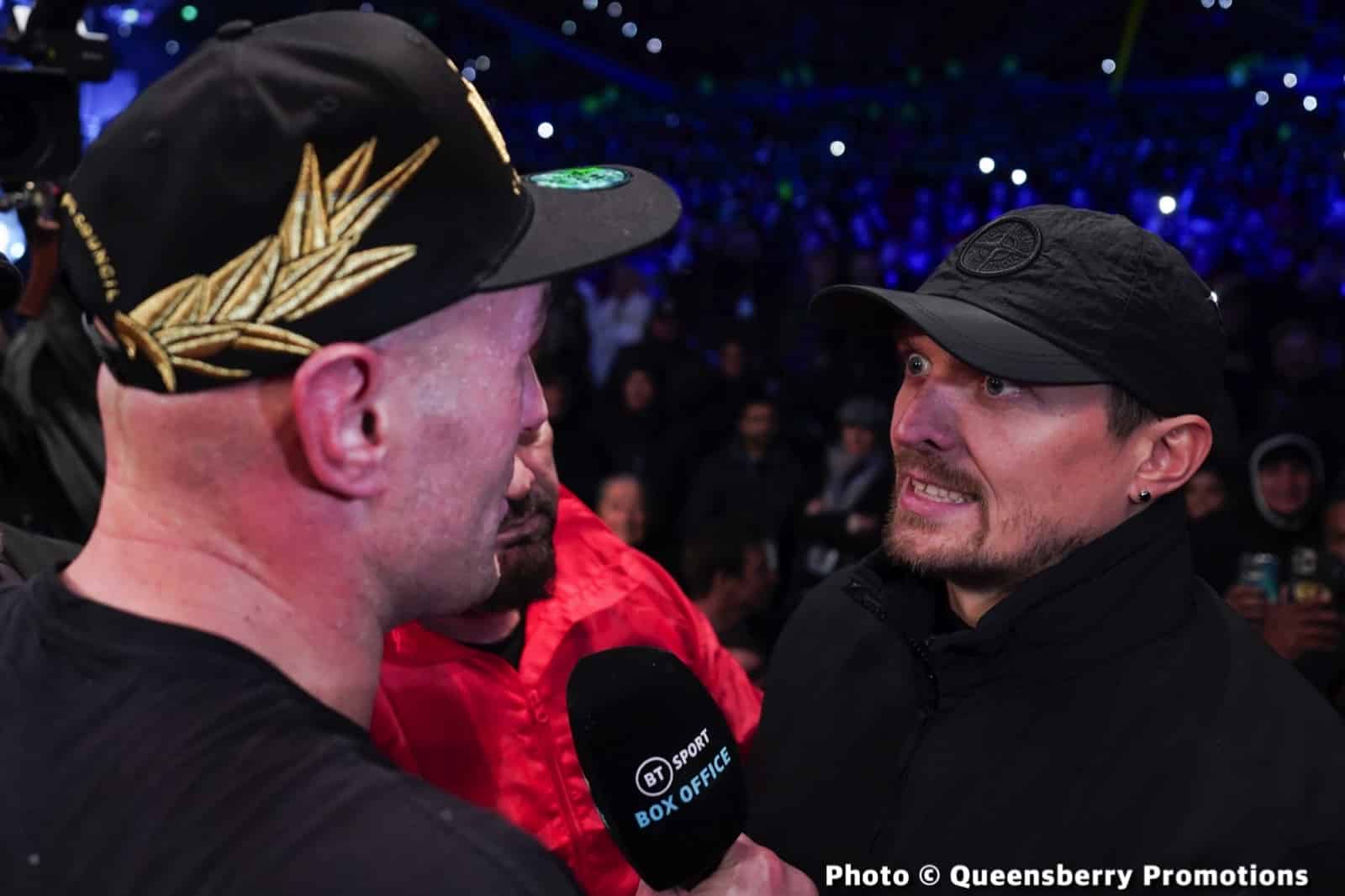 According to Tyson Fury’s co-promoters, Bob Arum and Frank Warren, the heavyweight unification clash with Oleksandr Usyk is all set to go, with the sole sticking point now being the location of the fight. Warren said when speaking with IFL TV that he expects the fight to be announced in around five to 7 days, while Arum, in speaking with Sky Sports, stated that the fight “will happen, certainly within the first four months of the year.”

So where could the fight be staged? There are, Arum says, two potential venues: the Middle East and Wembley Stadium. It seems it’s down to whether or not the Saudi moneymen come up with a massive cash deal in time to secure the fight that is now being targeted for April. If not, the fight will happen at Wembley, Arum said.

“I’m very optimistic the fight is going to happen,” Arum said to Sky Sports. “Both fighters have agreed to do the fight, the question is the site, and we’re talking to the Middle East because allegedly they’re going to come up with the biggest purse ever in boxing history. And if they do, that is where the fight is going to because money is money. If they don’t, both fighters will agree to do the fight this spring at Wembley. So that’s the only issue – where will the fight be held? I would believe in the next week that will be determined, and then we’ll have an official announcement of the date and site for the fight.”

This is, of course, great news. There were some fears that this one, like so many other big and must-see matchups of the day, would fail to happen. But it seems we can rest easy. Both fighters have been training hard, with both champions uploading videos/photos in this regard, and both men do seem to genuinely, absolutely want the fight. This, as we know, is more than half the battle in getting a fight made.

It would be great for British boxing if Fury-Usyk did go down at Wembley; with Arum stating, not at all unrealistically, that the fight would pull in around 95,000 fans if it did take place at the famed stadium. The money might be better for a fighter if he travels to the Middle East to get it on, but nothing can beat the sheer, electric atmosphere of a rocking and rolling, sold-out Wembley. We’ll know soon enough where Usyk-Fury will take place. But who on earth wins??