Teofimo Lopez will be taking a risky fight against replacement fighter Sandor Martin this Saturday night on December 10th on ESPN+ at Madison Square Garden in New York. The streamed portion of the card begins at 9:00 p.m. ET on ESPN+.

Teofimo (17-1, 13 KOs) and Martin (40-2, 13 KOs) will be fighting for a WBC light welterweight title eliminator to decide a second mandatory for champion Regis Prograis. Jose Ramirez is the next mandatory for Prograis.

Given that Teofimo,25, seems keen on challenging WBO 140-lb champion Josh Taylor for his belt, it’s likely he’ll pass up the opportunity to challenge Prograis for his WBC belt should he come out victorious over Sandor on Saturday. 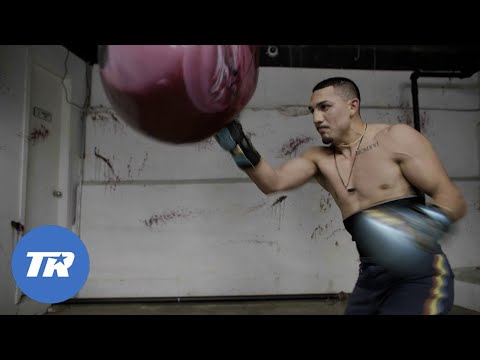 “We always stay busy. You’re going to tell me what he was doing today. Look at his body. He’s always in the gym. We could fight tomorrow. You can see that my son is happy. He can’t wait to get in there. It’s the ‘Take Back.’

“He’s a good fighter. He’s ranked up there in the top 10. So this is a fight that we wanted, and we’re going to go for it,” said Teofimo Sr about Sandor Martin. ”

“He’s a good fighter; he knows what he’s doing in there. I definitely want to see and put all that in on December 10th. Him being technical and everything, he has what it takes to make for a good fight.

“Overall, I think it’s going to be a good fight. He likes to box, but he also comes forward when he needs to. For everyone, tune in. I’m really going to enjoy it,” said Teofimo about his second fight at 140 against Martin.