Former four-division world champion Mikey Garcia (40-2, 30 KOs) was soundly beaten by the younger, bigger, and faster Sandor Martin (39-2, 13 KOs) by a surprising 10 round majority decision on Saturday night in their non-title fight at the Chukchansi Park in Fresno, California.

This writer’s unofficial score was 99-91 for Sandor. He dominated 9 of the 10 rounds of the fight. Mikey fought well enough to win the 9th round, but even that was razor close.

Martin’s advantage in hand speed was a major factor in the fight, as he was able to get to the much slower Mikey with his lead left hands repeatedly during the fight. When Mikey did attack, Martin was able to counter him with his speed advantage.

In the end, Martin beat Mikey almost as soundly as Errol Spence Jr did two years ago in 2019. It wasn’t quite as one-sided as Spence’s win over Mikey, but it was close to that one-sided. 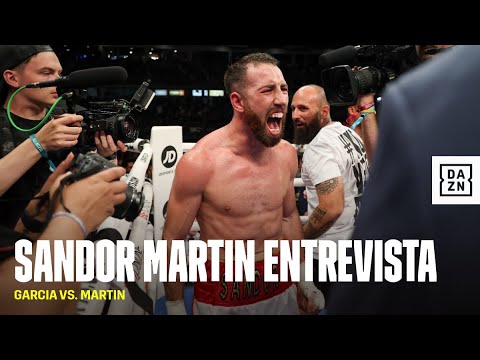 This was not supposed to happen, as the Spaniard Martin was hand-picked by Mikey’s promoter Eddie Hearn to be the Plan-B option after the Plan-A opponent Regis Prograis couldn’t be scheduled.

Martin was supposed to be a pushover opponent for Mikey in the eyes of many, but instead, he proved to have too much youth, defensive and hand speed.

The 5’7 1/2″ southpaw Martin simply outboxed the 33-year-old Mikey, using a straight left hand and a pawing jab to keep him off balance. Although Mikey stalked the 28-year-old Martin around the ring, he missed almost all of his punches.

It didn’t matter that Martin was standing right in front of Mikey when he was against the ropes. Mikey still couldn’t hit him due to the talented Spaniard’s defensive ability. It was like watching Floyd Mayweather Jr. with his ability to escape when cornered.

What was really disturbing was the aftermath with Mikey in full denial about what had happened to him, saying repeatedly that he thought he had done more than enough to win the fight and the rounds.

Mikey said he wants a rematch with it being a 12 round fight instead of a 10 rounder. He feels that if it’s 12 rounds, he’ll have a better chance of winning.

This writer doesn’t agree. Martin looked like the better fighter in the 10th round, as he was hitting Mikey at will with shots. Nothing will change with the fight being 12 rounds instead of 10. If anything, it’ll be more one-sided and we might even get a stoppage win for Martin.

The lack of hand speed for Mikey isn’t going to change in a rematch. He’s too slow Martin, and there’s nothing he can do about that in a second fight.

This isn’t at all surprising that Mikey got schooled this way because he’s been sitting around, getting fat for the last 20 months since his unimpressive 12 round decision over Jessie Vargas in early 2020.

Mikey put on a lot of weight, and he’s sitting around talking about g cars, eating well, and not looking like an athlete.

Interestingly, Mikey said after the fight that he’d stayed in shape during his time out of the ring, but that’s laughable.

If you saw his many videos on YouTube during the last year and a half, Mikey looked badly out of shape until recently.

He dropped a lot of weight during training camp for this fight. When you get to this level, you can’t be a part-time boxer and expect to enjoy success. 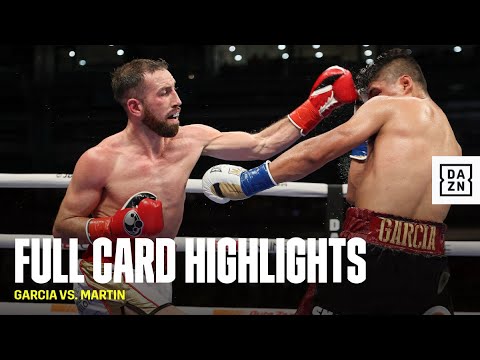