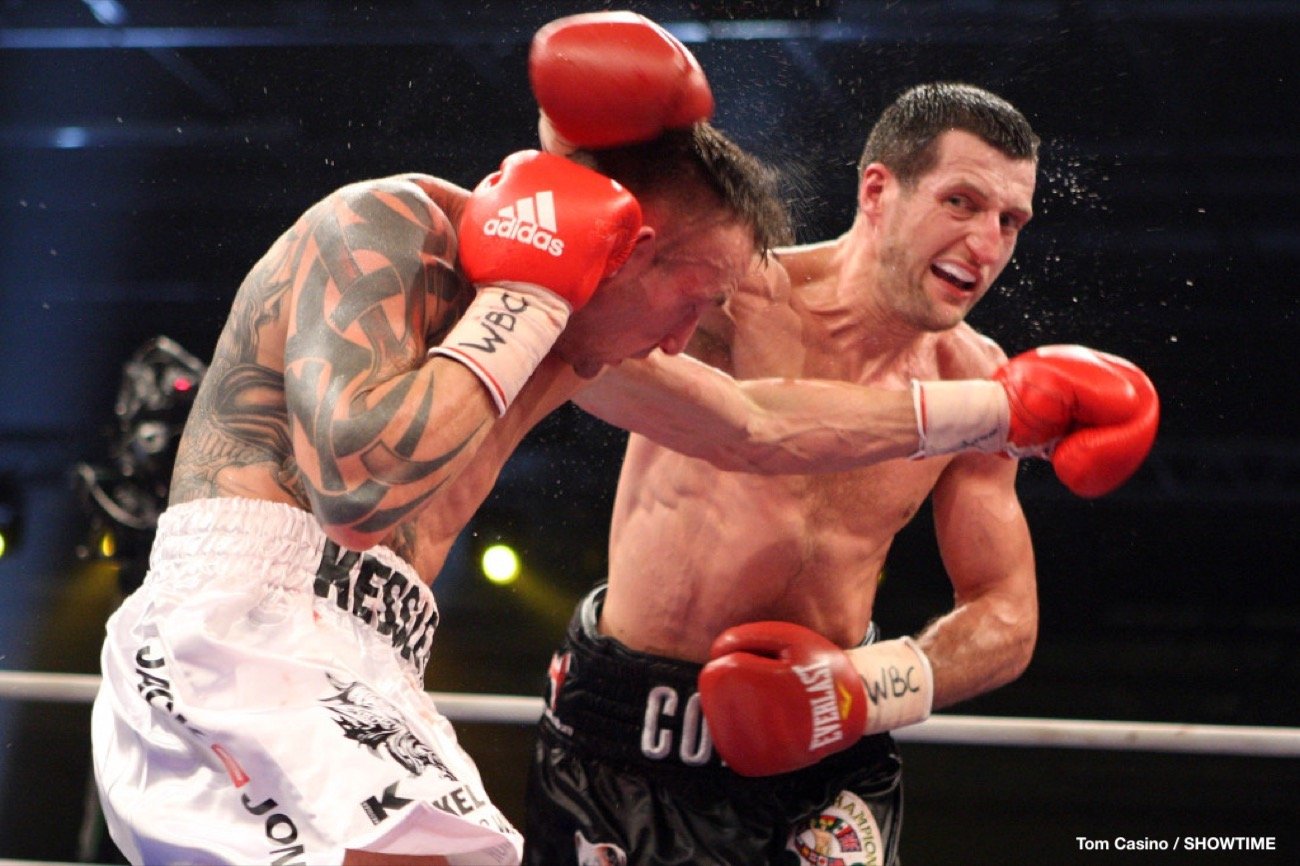 A decade ago today in Denmark, super-middleweight rivals Mikkel Kessler and Carl Froch met and thrilled fans with a great 12 round fight that was full of action. The two men were fighting for both the WBC title, held by “The Cobra,” as well as a chance to win the ongoing World Boxing Classic “Super-Six” tournament trophy.

Froch, the older man by a year at age 32, was unbeaten, Kessler was coming off a TD defeat at the hands of Andre Ward (who would wind up winning the “Super Six” trophy.) The two men had plenty of mutual respect, yet the way the two men went at one another was anything but respectful or reserved. It was war.

The fight with so much on the line started off at a relatively slow pace, the battle being one between the two fine jabs the champ and the challenger had. These early rounds were, in fact, quite tough to score, but Kessler was probably doing a little more. It was an engrossing fight all the way, and then in the eighth, the fight became red-hot. Kessler landed a smashing right hand on Froch’s chin as he was charging in, the British fighter’s knees buckling. Froch’s granite chin saved him. Froch did, however, pick up a cut on the bridge of his nose. Everyone felt there would be blood in this fight, and so it was; Kessler picking up a nasty cut at the side of his left eye in the ninth.

The last three rounds – 10, 11, and 12 – elevated a good fight into a great battle. Both men traded pretty much all the way to the final bell, and Kessler, with the blood pouring from his ugly wound, really dug deep and gave it his all. Froch did too, and it was debatable who was getting the better of it. Froch forced himself to work in the 11th, landing a left uppercut to Kessler’s chin.

Then, in the last round, the action was jaw-dropping. Both guys were on the verge of being exhausted, yet they reached deep inside and pumped out the punches. It was exciting two-way action, with both warriors swinging away with both hands. The final round was special, and also tough to score. Who had done enough? As things turned out, Kessler was awarded a pretty wide unanimous decision victory. Froch fumed.

The two would meet again, three years later, with Froch gaining his revenge in another great fight that went all the way. What a shame these two never fought a rubber-match, a decider. Still, Kessler and Froch gave us plenty on this day a decade ago, and in their sequel. Now here’s a question: who was the overall greater fighter: Froch or Kessler!