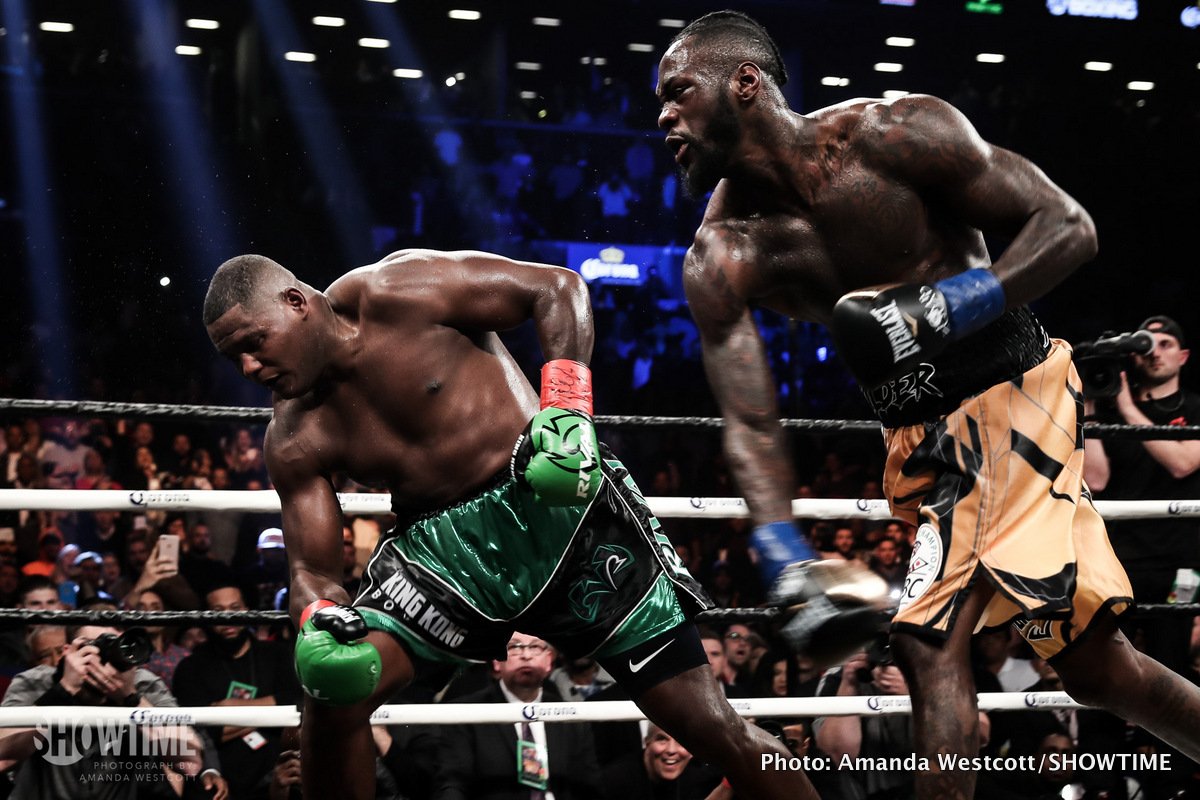 Rematch fever is soon to be upon us, in the heavyweight division, towards the end of this year and (hopefully) some time in the opening quarter of 2020. We have to look forward to: a return rumble between Deontay Wilder and Luis Ortiz, scheduled for November, a rematch of the big upset Andy Ruiz scored over Anthony Joshua, scheduled for December, and then, all being well (as in assuming both men have not lost in the meantime), a return between Wilder and Tyson Fury next year.

That’s three massive fights, three potentially thrilling fights, and three fights that could so easily go either way. Of these three big showdowns, which one excites you most? Wilder should get the win over the ever so slowly ageing Ortiz, yet as he found out in their first fight, the Cuban is very dangerous. It could prove to be another slugfest in November, and both guys could take some hurt.

Assuming Wilder does repeat his win over the southpaw, he will then be looking at meeting Fury in another part-2. But before then, we will have the Ruiz-Joshua sequel. This fight is arguably the biggest of the three (although Fury-Wilder II could be enormous, and Bob Arum for one feels it will be), and maybe the toughest to predict. Was Ruiz somewhat lucky in the first fight, and did he catch a seriously off-form Joshua, one who had certain issues going into the fight; issues that have still not come to light? Maybe.

Joshua is certainly cutting no corners in training camp ahead of the must-win return, if he did so ahead of fight-one. Let’s hope Ruiz has not in any way, shape or form “done a Buster Douglas,” and enjoyed himself and little else since scoring his big win. Will we see another KO or stoppage in the “Clash on the Dunes,” whoever wins? Or might we see a strategic battle of wits that results in a full 12-rounds?

Fury and Wilder gave us 12 engrossing rounds in their first fight, yet both men are vowing to score a KO in the return. Maybe Wilder-Fury II is the most intriguing fight of the three mentioned here after all. Let’s just hope we don’t get another draw.

In an ideal world, next year will see the winners of these three big fights get it on and settle the score when it comes to who the best big man on the planet is today. Wilder to KO Ortiz, Ruiz to repeat his win over Joshua and then Wilder to outslug Fury before facing Ruiz for all the marbles? Or Ortiz to shake things up by upsetting Wilder, Joshua getting his revenge over Ruiz and then AJ or Ortiz to fight Fury?

There sure are a few very interesting possible scenarios that could unfold.