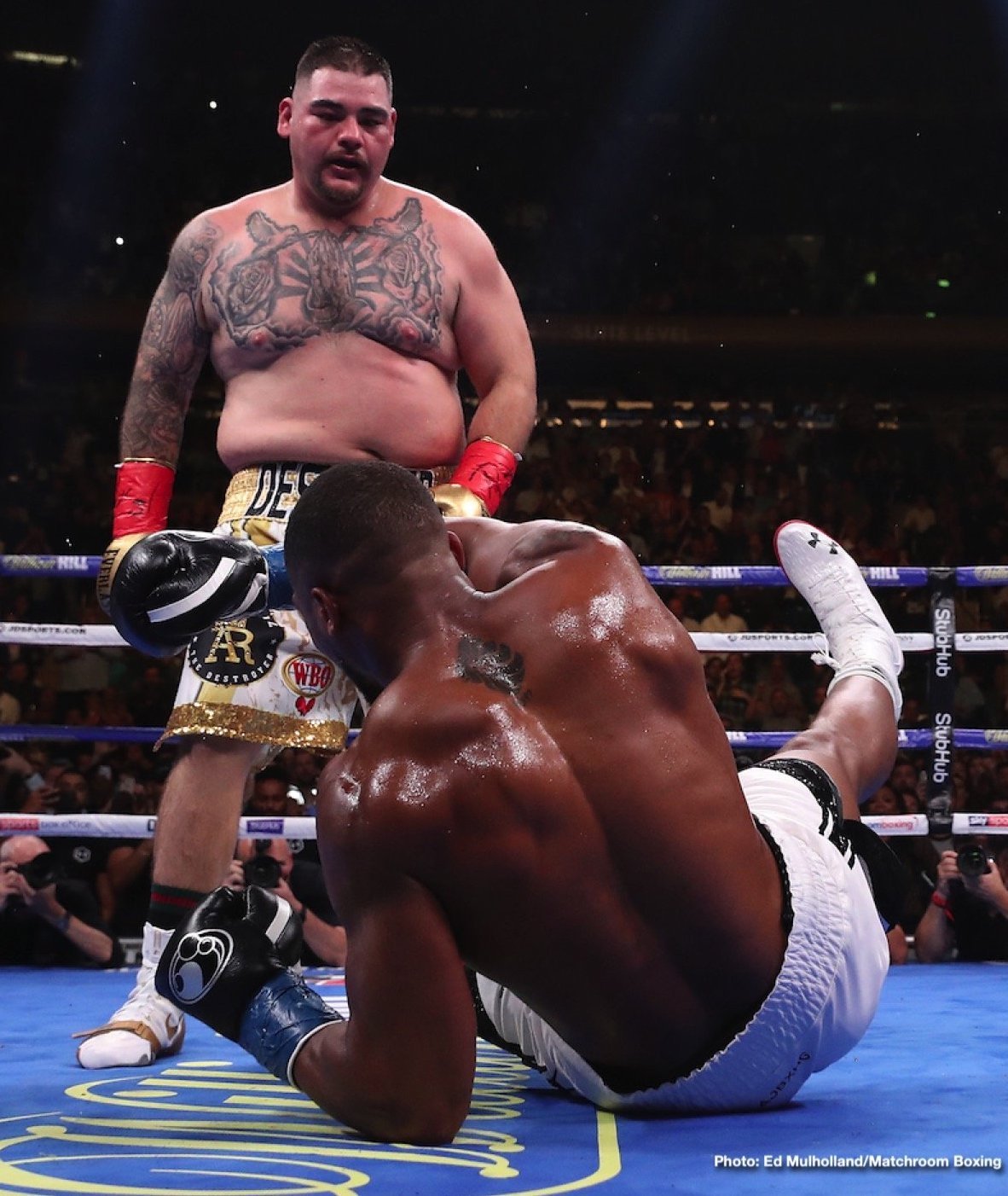 So far this year – a most unusual one in so many regards – we have seen two major heavyweight fights go down, and both times we fans have been left shocked, jaws agape.

Nobody predicted what Tyson Fury would do to Deontay Wilder back in February, and it’s fair to say about as many people (none) saw Alexander Povetkin doing what he did to Dillian Whyte on Saturday night (many people stating how the fight was not even P-P-V worthy).

But what’s next? In terms of big heavyweight fights, and so it goes possible further shockers, we have three fights to still look forward to this year, maybe four:

So who’s next for an unexpected fall?

In terms of the third clash between Fury and Wilder, everyone – Fury, Frank Warren, Bob Arum, everyone – acknowledges the fact that Wilder is THE most dangerous puncher on the planet. Fury insists he is not in any way looking past Wilder, but with that massive super-fight with Joshua looking closer than ever (maybe), who knows for sure.

Joshua will be KO’d by Pulev, so says Arum. Both men will be battling inactivity and we have seen both men get stopped before.

The Usyk-Chisora fight, also postponed, thus both men being forced to endure inactivity is an interesting fight. The lastest word says it will finally happen in October. But who wins? Might Chisora give the former undisputed (four-belt undisputed) 200-pound king a rude (and real) welcome to the heavyweight division?

As for Dubois and Joyce, this fight is seen by quite a few as a 50/50 fight. Dubois must come through against late replacement warm-up guy Ricardo Snijders this Saturday, but then it should be October 24 for the Joyce fight. In terms of derailing a talented young heavyweight who so many people have faith in, a Joyce win would be quite the stunner.

In terms of shock value, it would be quite a surprise if Fury, Joshua, Usyk, and Dubois all came through without suffering a loss this year. That’s how dangerously unpredictable the heavyweight division really is!