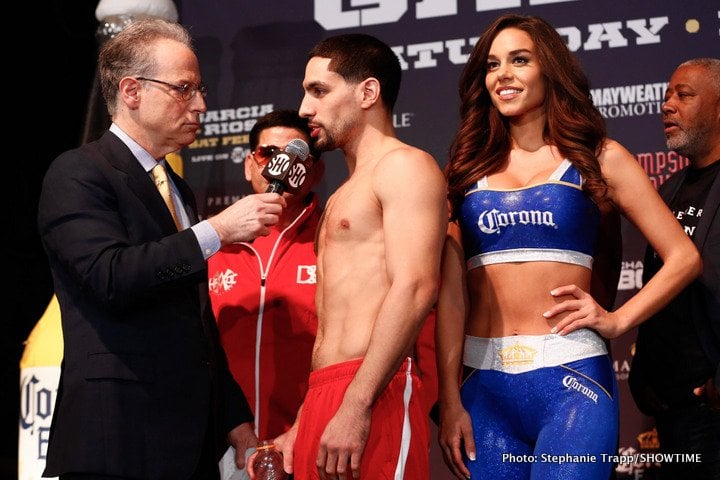 Former Boxing Champion Danny Garcia prepares to get back in the ring as he takes a stand on the Last Stand Podcast with Brian Custer. The Former Welterweight Champion talks about his upcoming unification fight with Errol Spence Jr., his reputation as a “cherry picker,” why he didn’t get in the ring with Mikey Garcia and much more. It’s a powerful interview as he gets ready for a big fight to reclaim his titles.

Garcia on if he’s fighting Errol Spence Jr. at the right time?

Garcia on his reputation as being a “cherry picker.”

“It was just created by haters. Feed me those cherries, I’ll eat them every time, I love desserts, I’ve popped a lot of cherries in my time. At the end of the day, you can call me whatever you want to call me, just don’t forget to call me successful!”

Danny Garcia on why he didn’t fight Mikey Garcia.

“To me, I think it’s one of the biggest fights you can make in boxing. Latina vs Latina, a Mexican vs a Puerto Rican. I agreed to it, I think the fight was supposed to happen last year August 31st. We were supposed to fight at the Staples Center, but the fight never happened. You probably have to ask him because I agreed to it.”

How more fights Garica has in him at welterweight

“I would say two, this one (vs Spence) and one more, and then I’m going up to 154. My goal is to win three divisions and until that happens, I feel like the Garcia legacy isn’t complete.”

These are just a few highlights of the in-depth interview with Danny Garcia. You will find the entire interview with Garcia, which is Now Available on our YouTube Channel (Last Stand Podcast with Brian Custer) and all major podcast platforms (Apple Podcast, Google Podcast, Spotify, etc.).