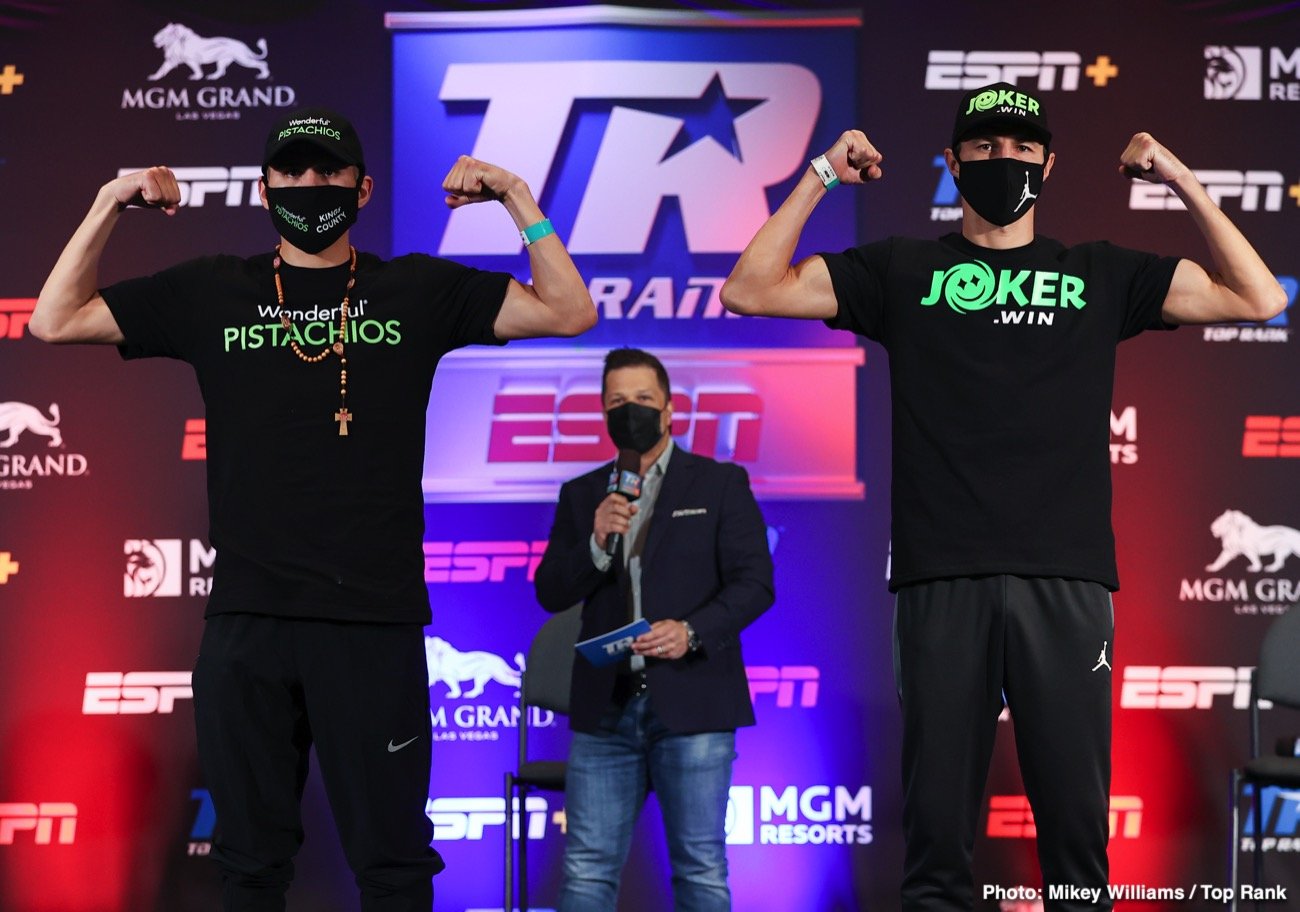 They were scheduled to fight February 2 in China and May 9 in Fresno, Calif., but the COVID-19 pandemic scuttled those plans. 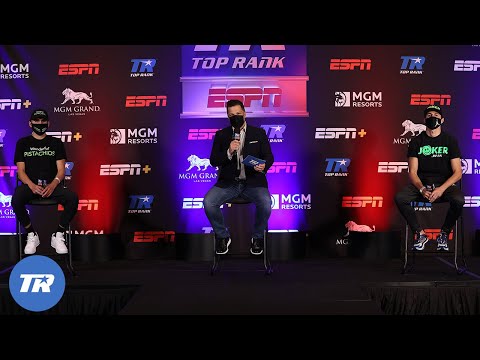 In other action Saturday evening, junior welterweight contender Arnold Barboza Jr. will fight Canadian veteran Tony Luis, and Dominican knockout artist Elvis Rodriguez will look to extend his knockout streak to seven against Cody Wilson in a six-rounder at welterweight.

This is what Ramirez and Postol had to say at Thursday’s press conference.

“After the big win against Hooker, I am ready to go and continue my journey to become an undisputed champion. I know Viktor Postol stands in the way of that, and he is a very experienced fighter. I have been training very, very hard for this fight. 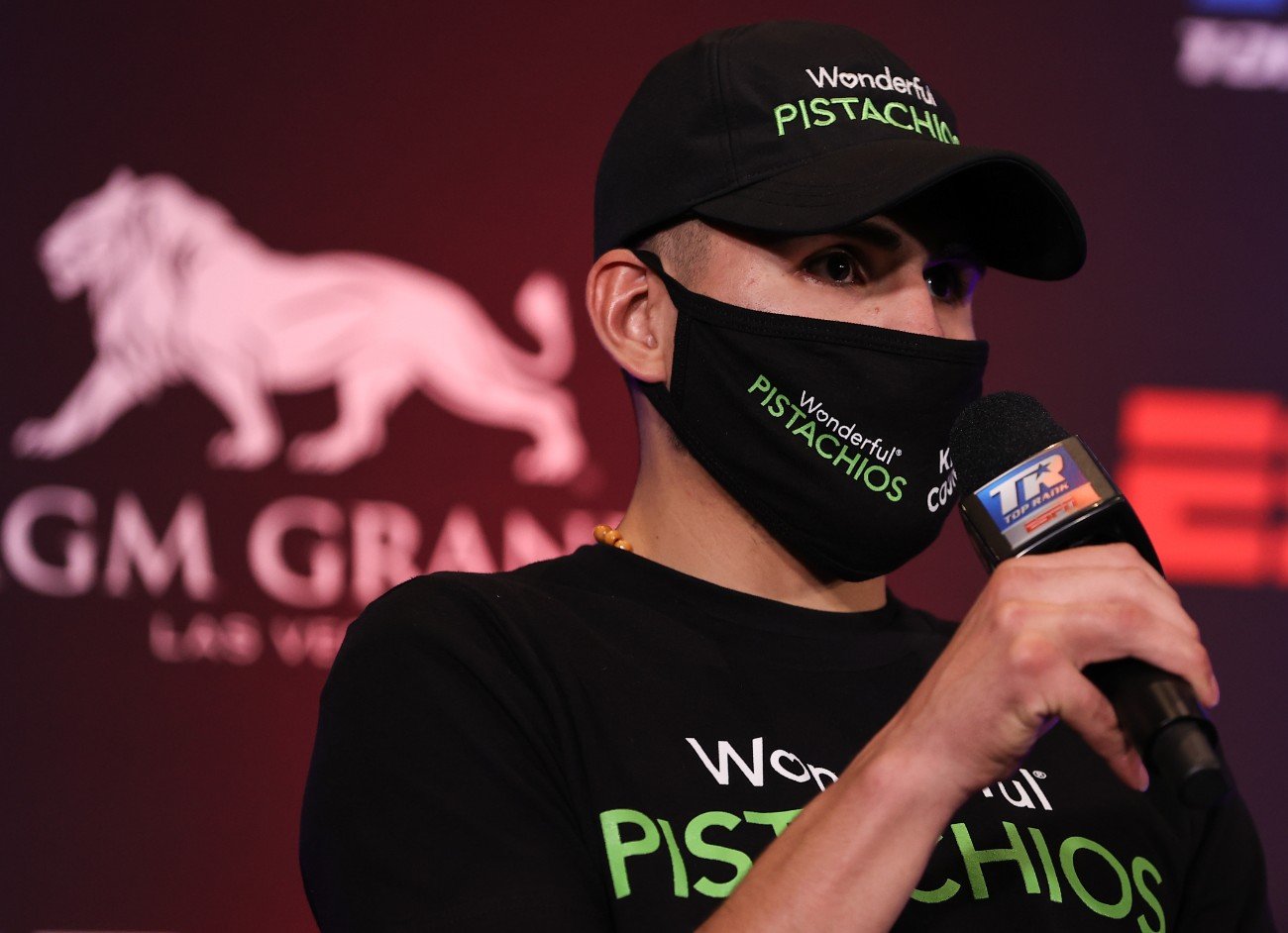 “Due to the pandemic, the fight got rescheduled, but I stayed at the gym. I remained composed and patient. I have a great team and my family behind me.

I’m a man of faith. I believe everything happens for a reason, and now that I’m here, I can’t wait to showcase my talent on August 29. I want to show the world how much I have grown and matured as a unified champion. My goal is to become a {undisputed} world champion.

“For the first date for this fight, I did a full training camp. The fight got rescheduled the same day I was supposed to depart, but luckily, I didn’t get to the airport. For the second date, I was in camp for five weeks before I got the call that the fight was going to get canceled again.

Now, this is another nine-week camp that I’ve been on. My last fight was 13 months ago, but it feels like it was yesterday because I’ve been in the gym the whole year and with this fight on my mind the whole time.” 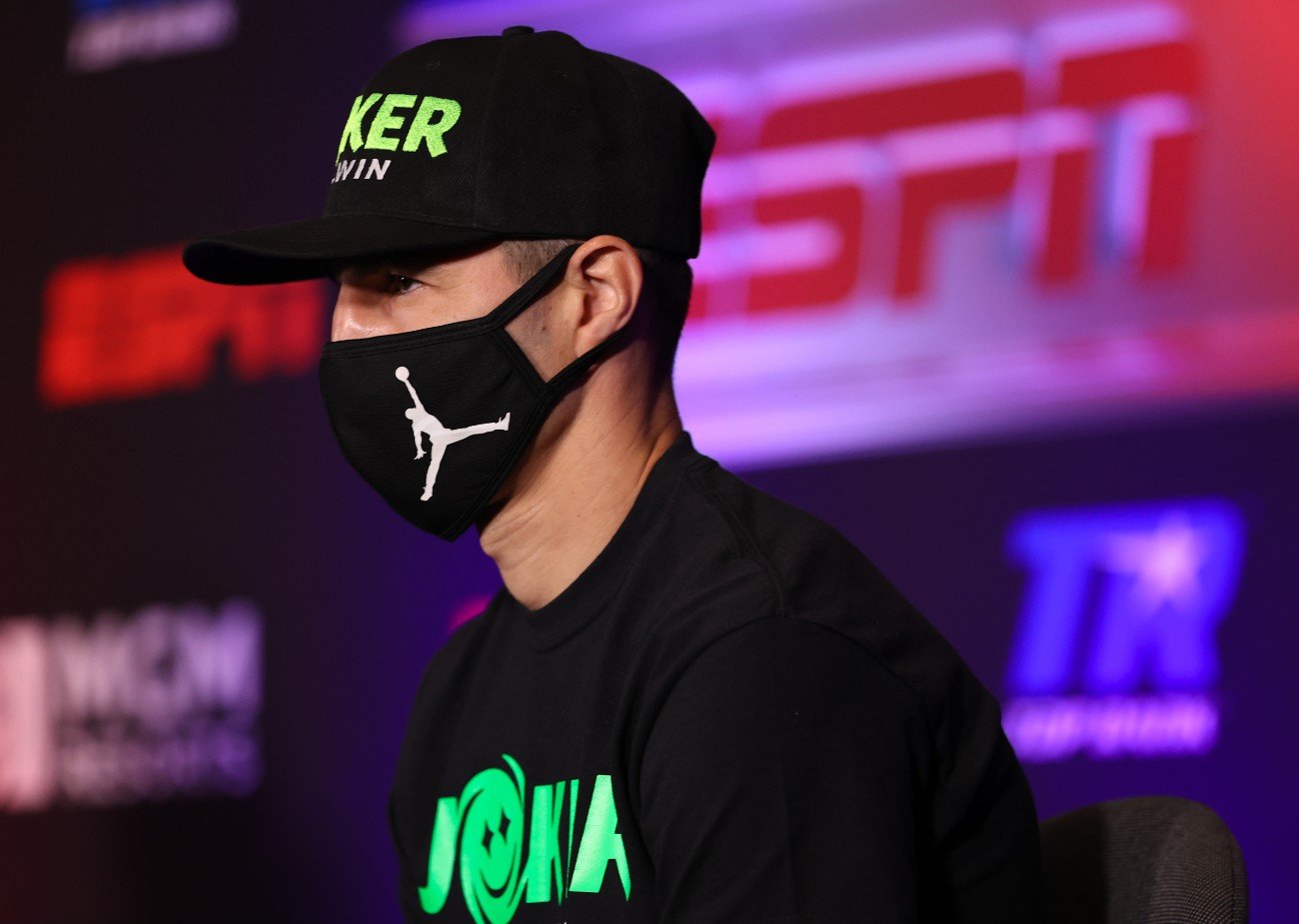 “Jose is a good fighter. He is a good champion, but I know I have a good chance to win this fight. I have the motivation because this fight is for two belts. I’ll be ready.”

GENERAL INFORMATION ON THE SUPER LIGHTWEIGHT DIVISION IN WBC HISTORY

35 world champions have been recognized by the WBC, four of whom have regained the title: Saensak Muangsurin (Thailand), Rene Arredondo (Mexico), Julio Cesar Chavez (Mexico), Timothy Bradley Jr. (US).