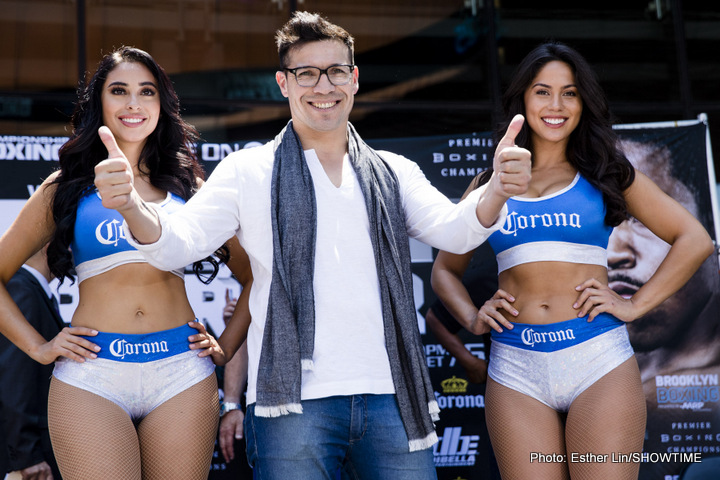 For some months now, former world middleweight ruler Sergio Martinez has teased us, or threatened us, with talk of a return to the ring. “Maravilla” took to social media a while back, telling us all he was going to fight Julio Cesar Chavez Jr. in a rematch. Thankfully that fight failed to come off. But now, as per a news story from RingTV.com, Martinez IS going to fight again. He even has a date set: June 7th.

Martinez, now aged 45 and inactive since beaing badly beaten by Miguel Cotto back in June of 2014 (Martinez’ knees appearing just about totally shot), says he “needs” to come back.

“I need it, I want to do this comeback,” Martinez, 51-3-2(28) told The Ring. “[I want to] check my feelings in the ring and feel the punches again. Then, we will see [what I can do]. Boxing is my life. Everything was wrong in my last fight against Cotto: training camp, the injuries, my knee. Now I am feeling really good and my knees are better. All these years of rest were very good for my knees and elbows. I was training to do the rematch with Chavez, but he let me down at the last minute. None of the big names will want to face me and this is why I will make a comeback in a small show in Spain.”

Martinez signed off by stating how his June 7 opponent will “be a tough one.” How tough will likely prove the end result on whether or not this quite unlikely comeback gets off the ground, or gets past one fight. ‘They all come back,’ the old boxing adage tells us, and now Martinez is another big name, former world champion making these words ring so, so true.

Why is it former champions, smart and intelligent men most of them, just cannot retire and stay retired? Martinez of Argentina was a great fighter in his day – who can forget his brutally devastating KO of Paul “The Punisher” Williams? – but even if his knees are felling better today, the odds are well against Martinez regaining even close to half of what he once had in the ring.

It was way back in 1997 when southpaw Martinez had his first pro fight. Yet here he is, almost 23 long years later, still with the urge to fight.