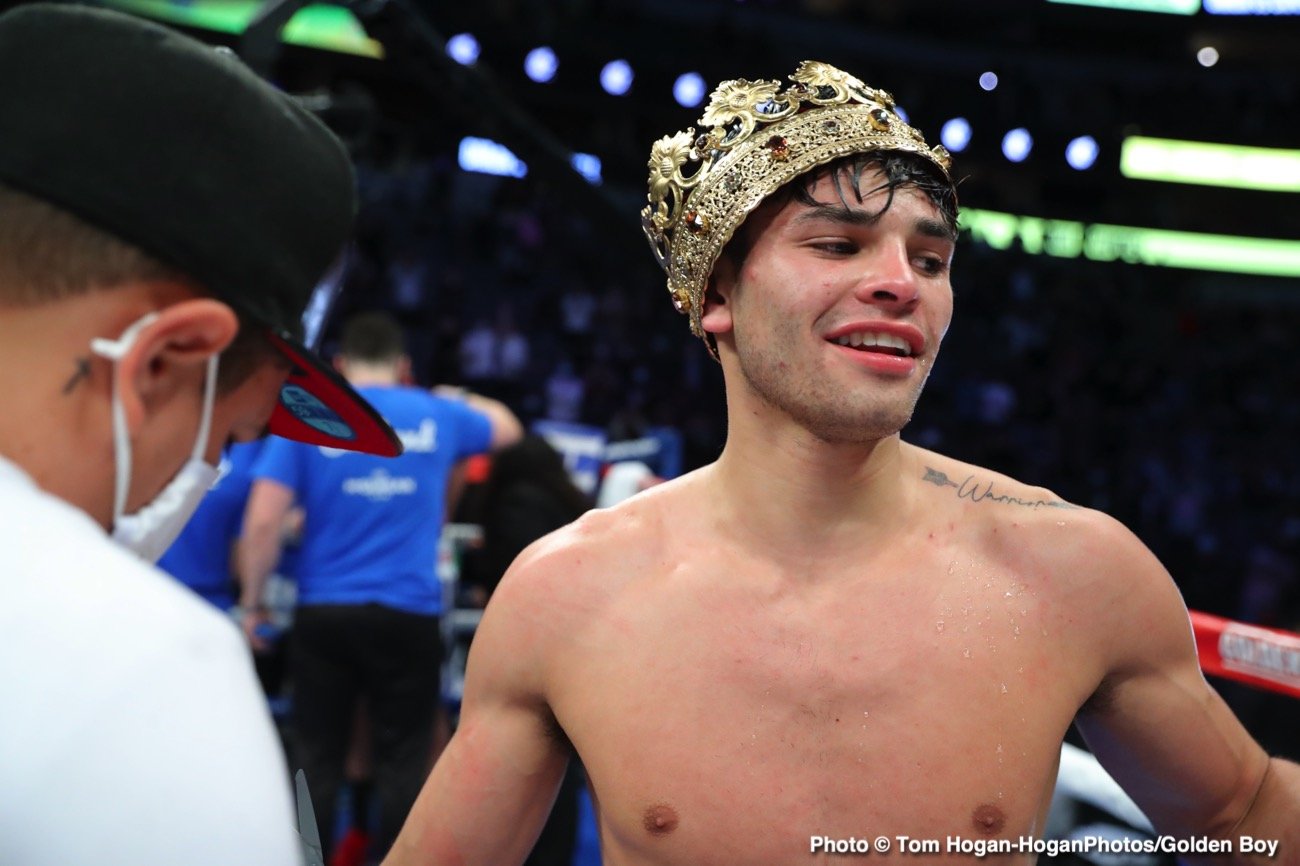 Ryan Garcia has repeated his intention of retiring from boxing at the age of 26 – and now he says he will then go into MMA. The unbeaten 22-year-old who is calling for a big fight with Gervonta Davis, spoke to Rich Eisen, and the interim WBC lightweight champion said he aims to quit boxing at 26 and then fight in MMA so as to prove “I’m the best fighter all around in the world.”

Garcia, who is absolutely loaded with self-confidence and belief and who says he is the best 135 pounder in the world today, said he has never spoken about his desire to fight in MMA until now.

WBC lightweight interim champ @KingRyanG has said he wants to retire by 26 but told us if he does keep fighting it'll be in the octagon… really.

“To answer your question, 26, I still plan to retire,” Garcia said. “But if I do return back in the ring, I promise everybody that I will fight people that they say I won’t beat. You know what I’m willing to do? I really haven’t said this out loud but what I plan to do is, say at 26 I’m done retired and boxing is all good. You know what I’ll do? If they say, ‘Okay, you’ve beaten everybody in the ring, right?’ But somebody goes, ‘This ain’t real fighting. Real fighting is legs, choking, submission, all that.’ Guess what I’ll do? I’ll go to prove to them that I’m the best fighter all around in the world

“I’m talking about wrestling. I will go to MMA to prove a point that God is greatest and I will beat whoever in MMA that they say I won’t beat. If it has to be Conor McGregor, I will. And I’m not saying this to get money. I don’t care about money. I’m saying this because that’s just how I feel.”

No wonder some people say Garcia, 21-0(18) talks too much! In all seriousness though, it’s tough not to like Garcia. He wants to fight the best, he is bursting with confidence and he is exciting when he does his stuff in the ring. What’s not to like? It remains to be seen whether or not Garcia can defeat all the top names that currently share the lightweight ranks with him – the likes of Tank, Teofimo Lopez, Devin Haney and one or two other guys – or if he will stick to his plan of retiring at age 26. And as to whether or not Garcia would be able to compete with the best in MMA, it’s impossible to say.

But Garcia is thinking big, he is thinking greatness, and he is for some fans the hottest young fighter in boxing right now. Let’s see if Garcia is as great as he believes he is.