Roberto ‘Hands of Stone’ Duran says Canelo Alvarez can improve his game to defeat Dmitry Bivol in a rematch, but he’ll have to possess shame to make the corrections needed.

The boxing great Duran notes that Canelo (58-2-2, 39 KOs) had no understanding of how to get in close against the taller, bigger WBA light heavyweight champion Bivol (21-0, 11 KOs) last May.

Duran feels that this mistake can be corrected by Canelo in his next camp for the rematch. Ideally, Canelo’s trainer Eddy Reynoso should have corrected the mistakes in Canelo’s game before or during his fight with Bivol last May, but he didn’t.

Duran views the flaws that Canelo showed in that fight as ones that can be fixed, but whether he has the stamina, willingness to learn, and the right coaching is the big question.

As the saying goes, ‘Old dogs can’t learn new tricks,‘ and Canelo is an old 32. Also, his trainer Reynoso should have already known how a shorter fighter like Canelo could get inside the taller Bivol.

“It’s strange that it hasn’t been done so far. That fight should have been made,” said Roberto Duran to DAZN Boxing Show.

Strangely, Canelo hasn’t already taken the rematch with Bivol because he should have taken that fight right away after losing to him instead of going to the trilogy match against the past his best Gennadiy Golovkin last May.

The perception boxing fans formed from Canelo ducking the rematch with Bivol is that he didn’t believe he could win, so he opted to fight the 40-year-old Golovkin rather than be humiliated for a second time by the Russian.

“I did notice that Canelo didn’t know how to get inside a big person, and that can be corrected. He can correct his mistakes,” said Duran.

“If it’s difficult (to correct those mistakes), then you have to have pride and shame.”

The mistakes can be corrected by Canelo, but whether they are is another thing. Canelo has slow feet, poor stamina, and it’s questionable whether his trainer Reynoso is good enough to understand what needs to be done.

“I would have talked to his manager, and asked him to put him in heavier sparring partners who would box him. This guy beat me, but he can’t beat me again. That was always my mentality; if a guy beat me, I always wanted a rematch,” said Duran. 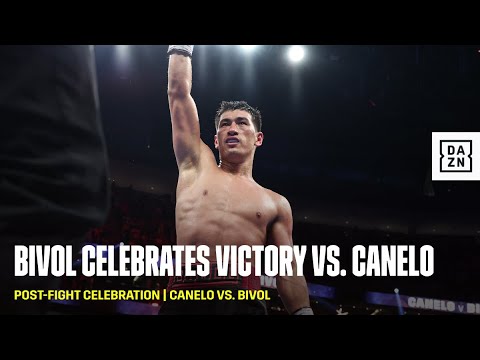