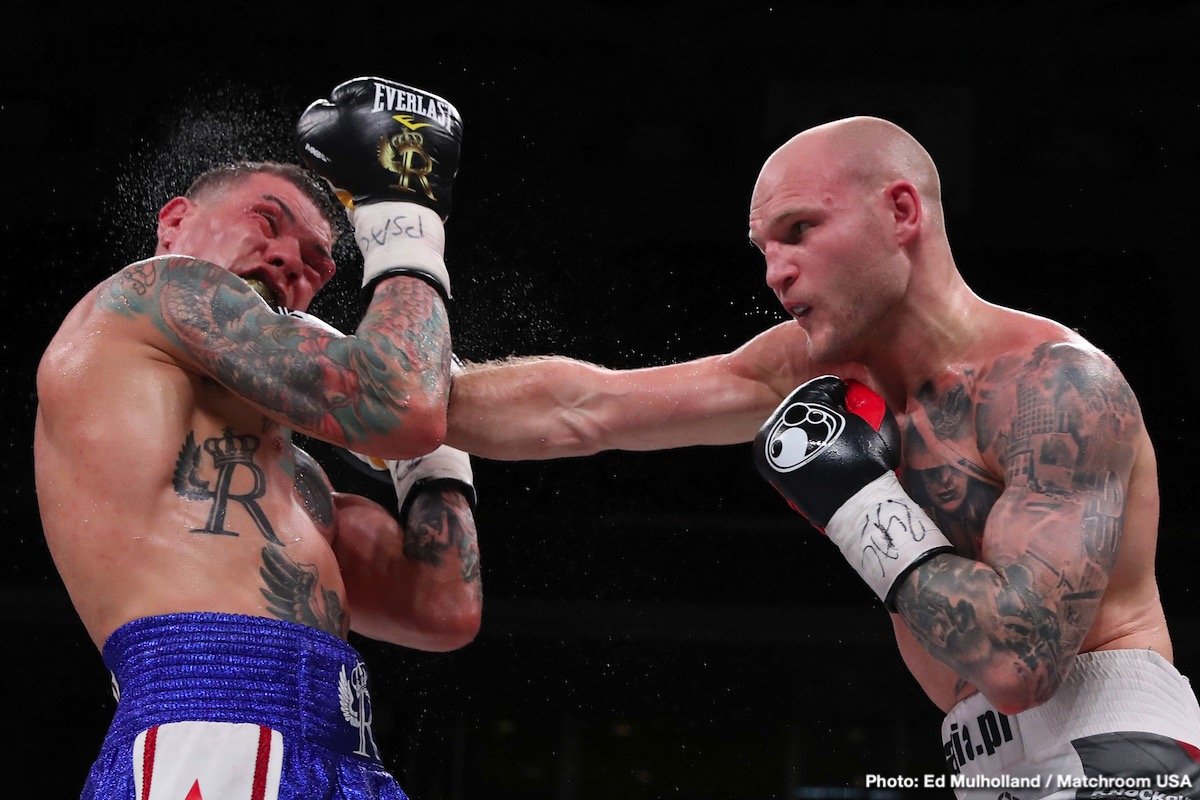 Both fighters hit the deck twice in the fight. Sulecki was down twice in round nine, whereas Rosado, 33, was knocked down in rounds 1 and 8th.

The fight looked like all but over after the 29-year-old Sulecki knocked Rosado down by a 1-2 combination in the eighth round. Rosado got back to his feet and was able to survive the round by moving and holding. In the 9th, Sulecki made the mistake of standing in front of a desperate Rosado, and he was knocked down by a hard combination. Sulecki got back up, and was dropped by Rosado while trying to hold on. Sulecki just barely made it out of the round. Sulecki looked like he was still hurt when he came out for the 10th round. Rosado tried to knock him out, but he couldn’t do it.

Sulecki, 29, will be fighting WBO middleweight champion Demetrius Andrade next unless Gennady Golovkin chooses to face him. That’s not likely. Sulecki will be an upgrade over the last three opponents Artur Akavov, Walter Kautondokwa and Alantez Fox.

Rosado showed excellent punching power, but he wasn’t able to hurt Sulecki until late in the fight. By the time Rosado started coming on, he was too far behind in the fight for him to rally properly without scoring multiple knockdowns.

After the fight was over, Rosado said he thought he’d done enough to win. It didn’t appear that way. He gave away too many rounds for him to have had a real chance of winning the contest. But the performance by Rosado was good enough for him to be given other opportunities in the future against other name fighters. Rosado has got to win of these fights He loses when he’s involved in the bigger fights, and that’s the unfortunate part about it.

Lightweight Luke Campbell (20-2, 16 KOs) destroyed Adrian Young (26-6-2, 20 KOs) by a 5th round knockout. The fight was stopped in the 5th with Young still on his feet, but in bad shape. The referee pulled the plug on the fight due to Young taking heavy shots. The official time of the stoppage was at 1:37 of round 5. It was a good performance by Campbell, who showed that he’s ready to fight for the WBO lightweight title, be it against Mikey Garcia or against the likes of Teofimo Lopez. It’ll be up to the WBC to decide who they want Campbell, 29, to fight for the vacant WBC title IF Mikey vacates the strap like many boxing fans think he will. 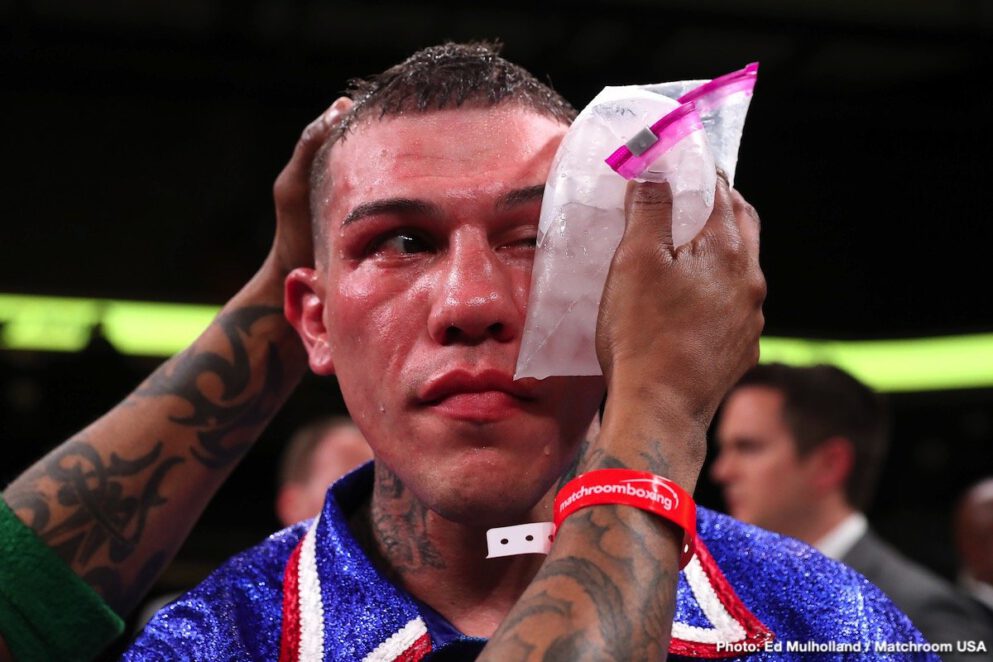 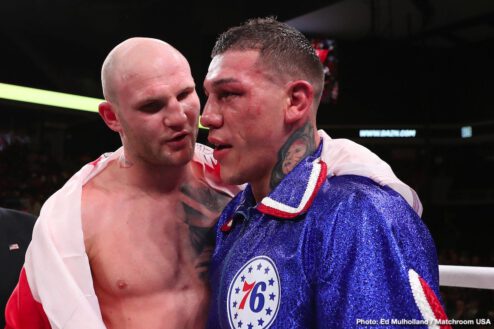 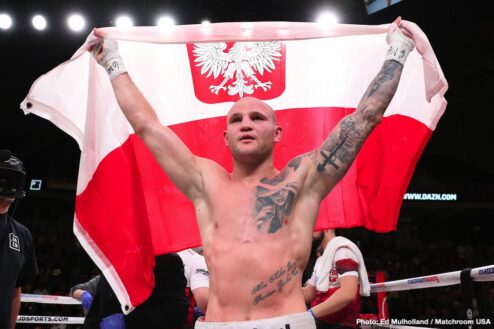 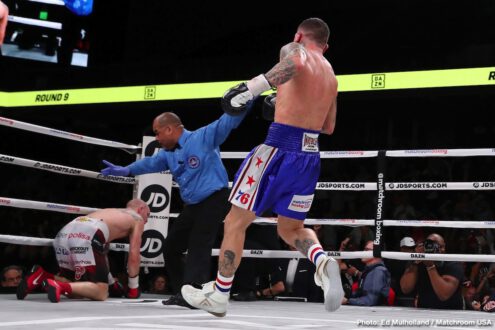 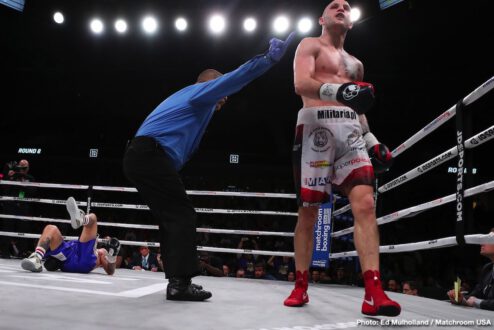 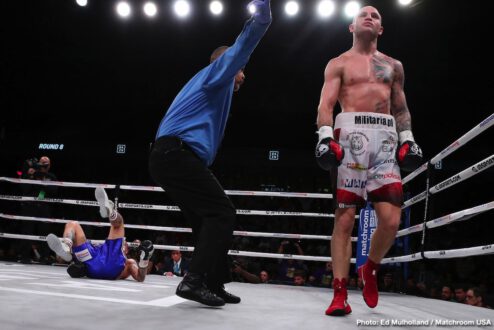 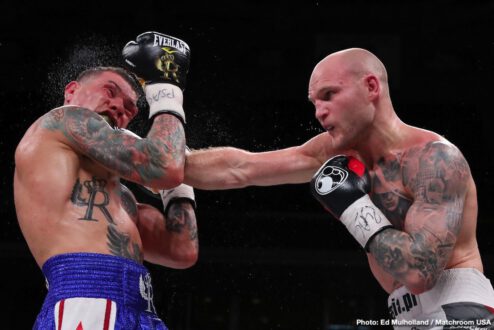 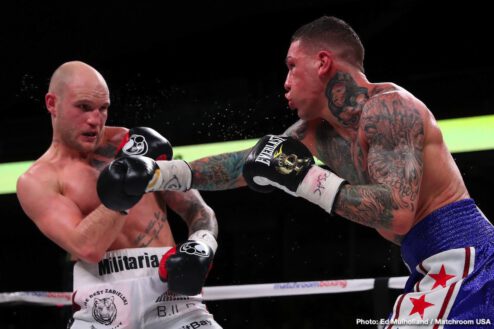 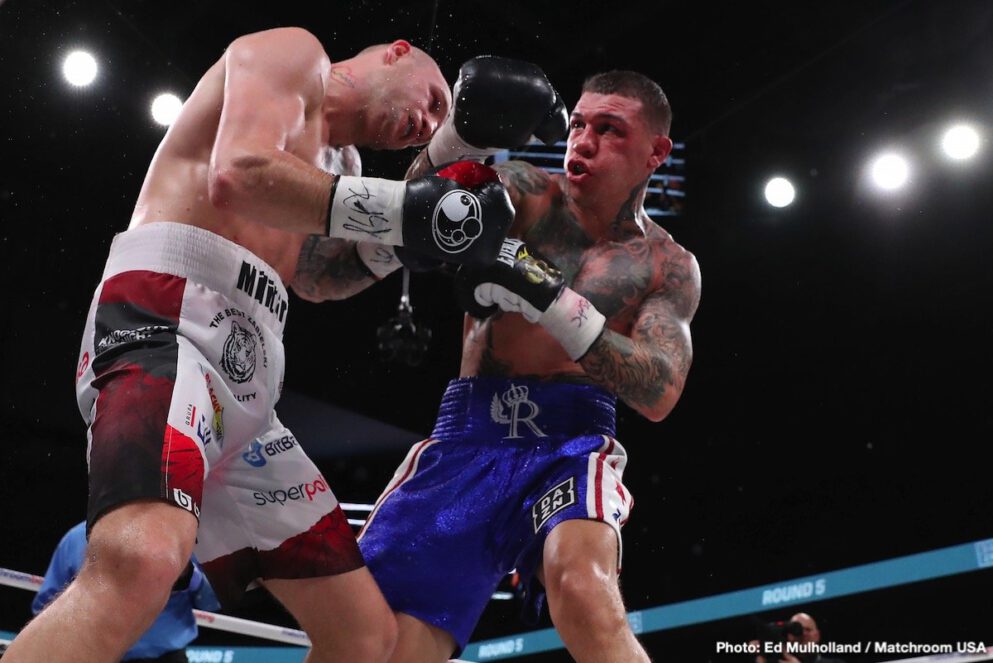 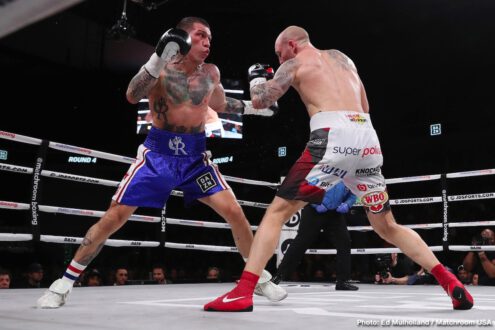 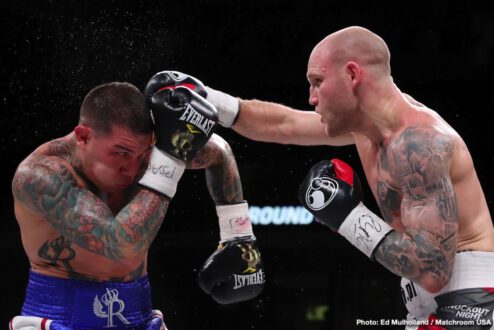 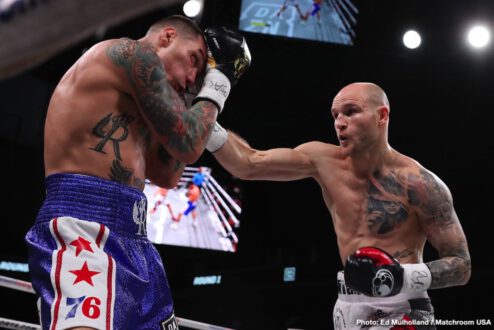 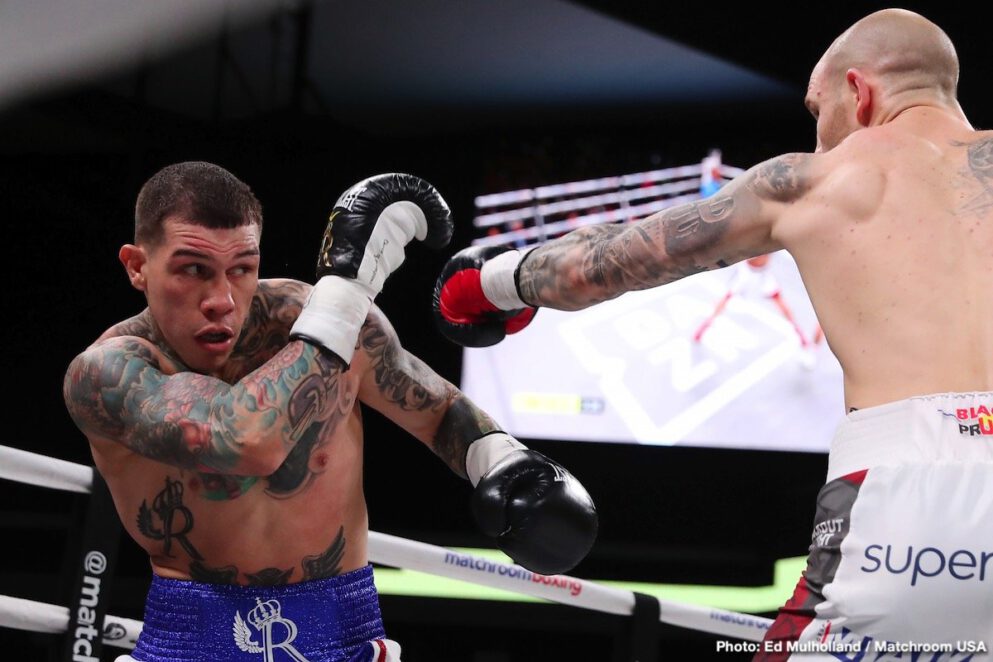 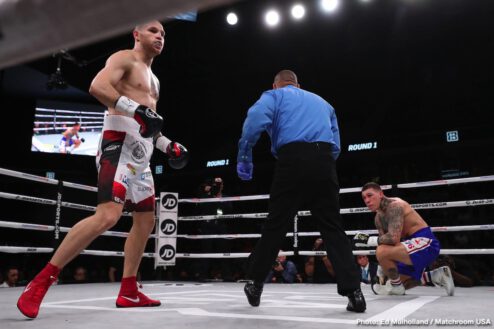 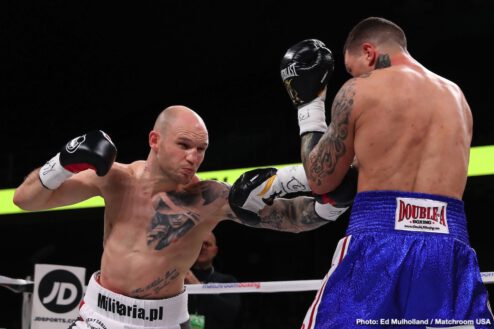 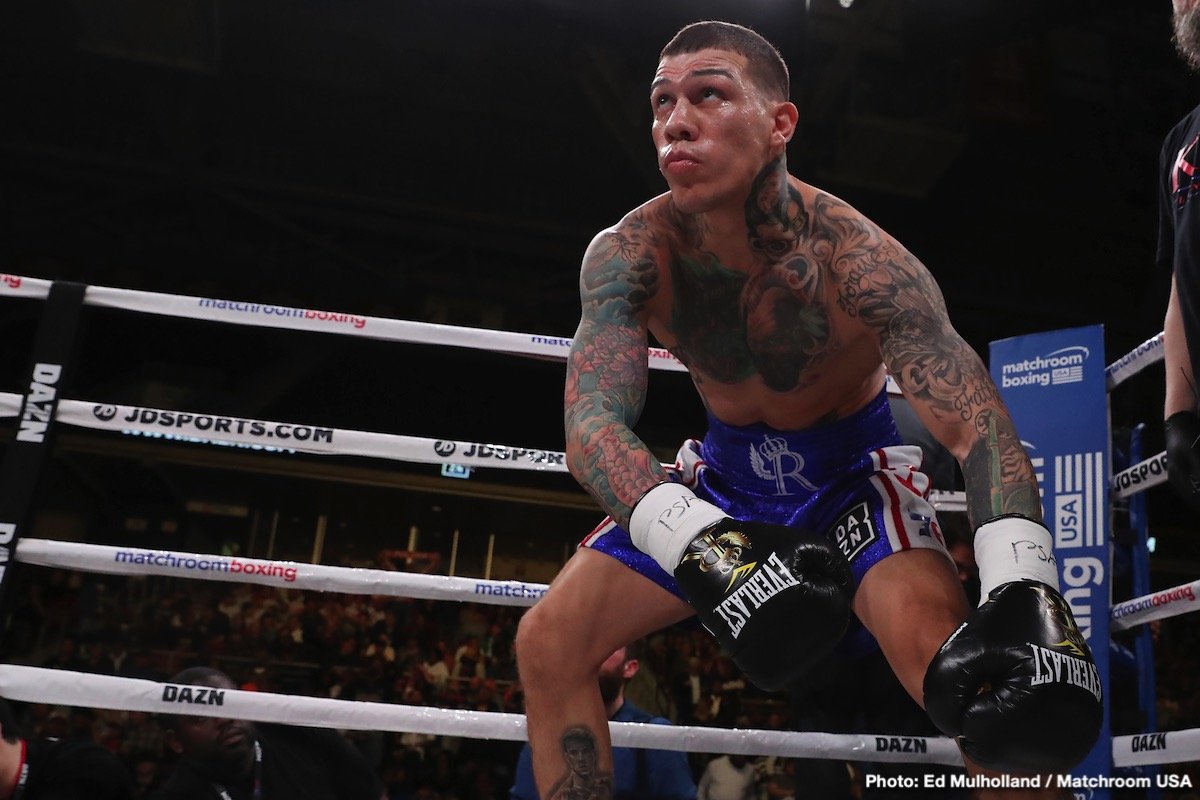