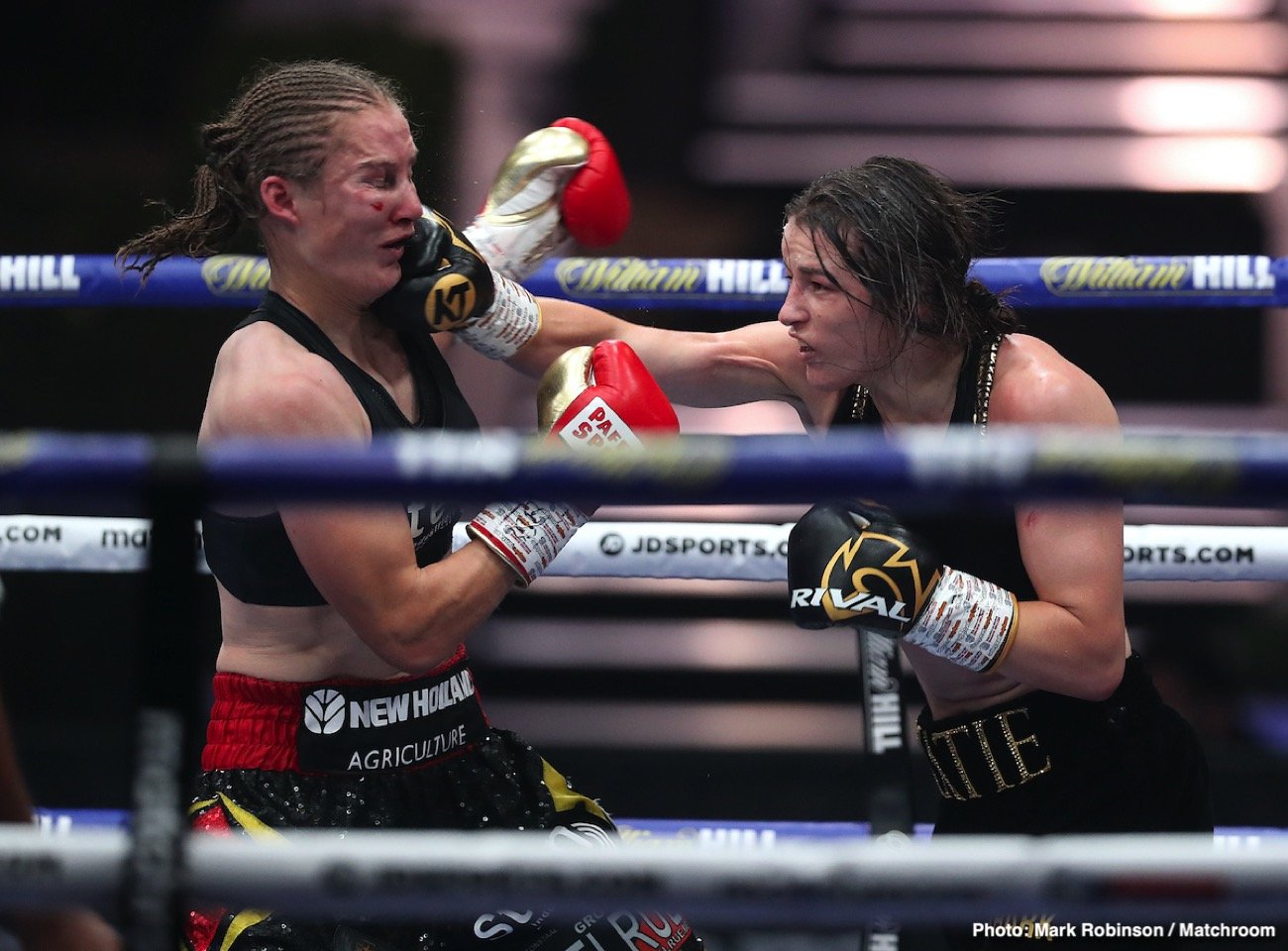 Undisputed women’s lightweight champ Katie Taylor won the big rematch tonight at Matchroom HQ, as she was awarded a ten-round unanimous decision over the extremely tough and aggressive Delfine Persoon. At the end of ten all-action rounds, Irish star Taylor walked away with a win via scores of 98-93 and 96-94, 96-94. Taylor, the younger woman by a year at age 34, is now 16-0(6). Persoon of Belgium is now 44-3(18).

But who really is the better, superior fighter of these two incredible fighters? That might still be up for grabs. It was a very close fight when the two battled it out in New York last June, and many people criticised the decision that went to Taylor. This looks like being the case again this time.

Taylor looked sharp as a razor in the opening two rounds tonight, her fast hands bagging her the first four-minutes. But then, her right eye swollen, Persoon made it her kind of fight. It was sheer aggression from the Belgian and Taylor, dragged into a war a second time, looked for a time as being close to overwhelmed. Taylor, sporting a nasty lump on her forehead, had to dig as deep in the rematch as she had to last summer. Both women put in all they could tonight.

It was a great action fight, yet another fine advert for women’s boxing (which is not for everyone) – yet the scoring of tonight’s fight might have angered some. For what it’s worth, this writer had it 6-3-1 in rounds in favor or Persoon. To the visiting fighter’s credit, Persoon showed nothing but great sportsmanship after the decision against her was announced; as did Taylor in winning.

Tonight’s battle was indeed a great one, but the scoring could certainly be looked at as less impressive. It really is tough not to have a good deal of sympathy for the gutsy Persoon, a fighter who gave it her all tonight. After 20 rounds of warfare, these two are still to settle things as far as who is the better fighter. 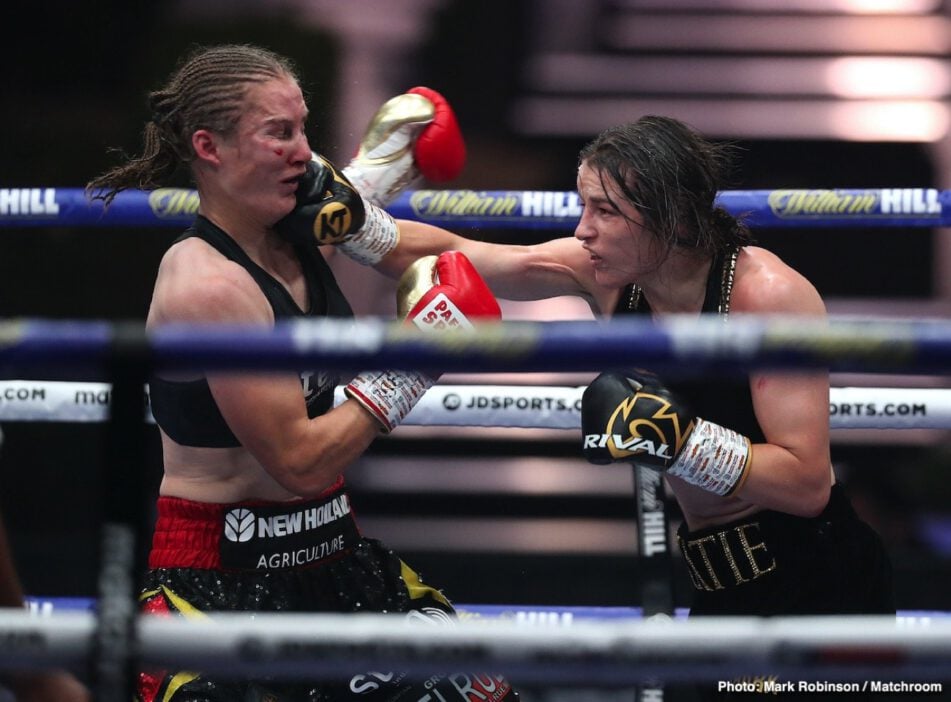 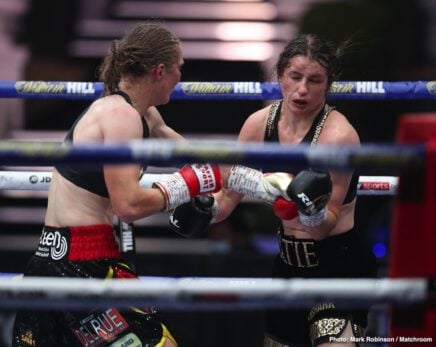 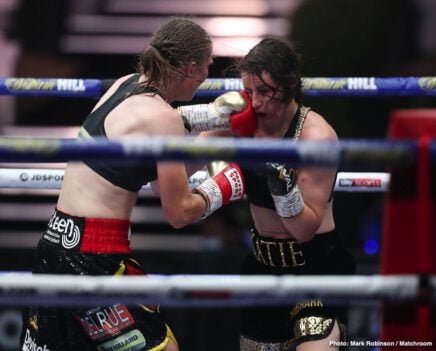 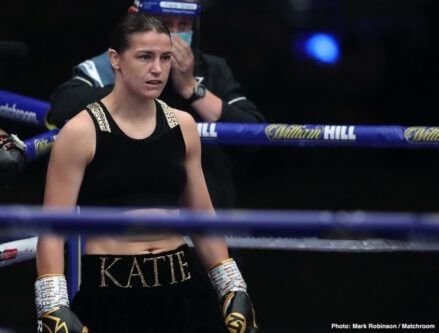 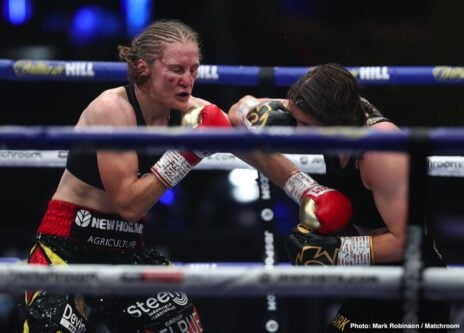 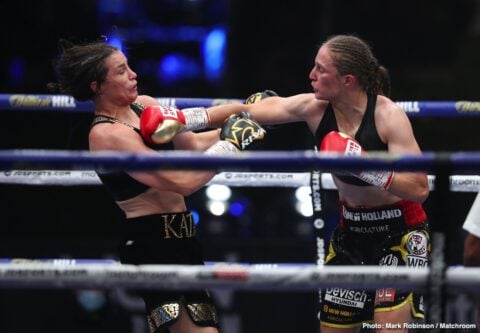 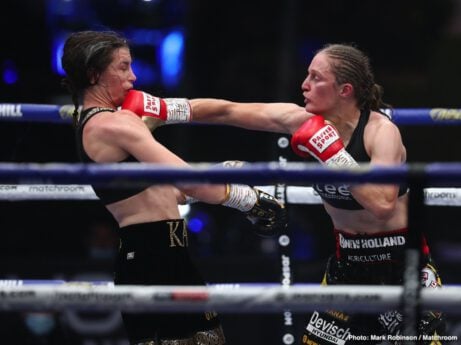 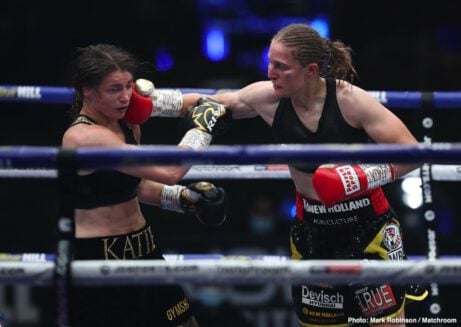 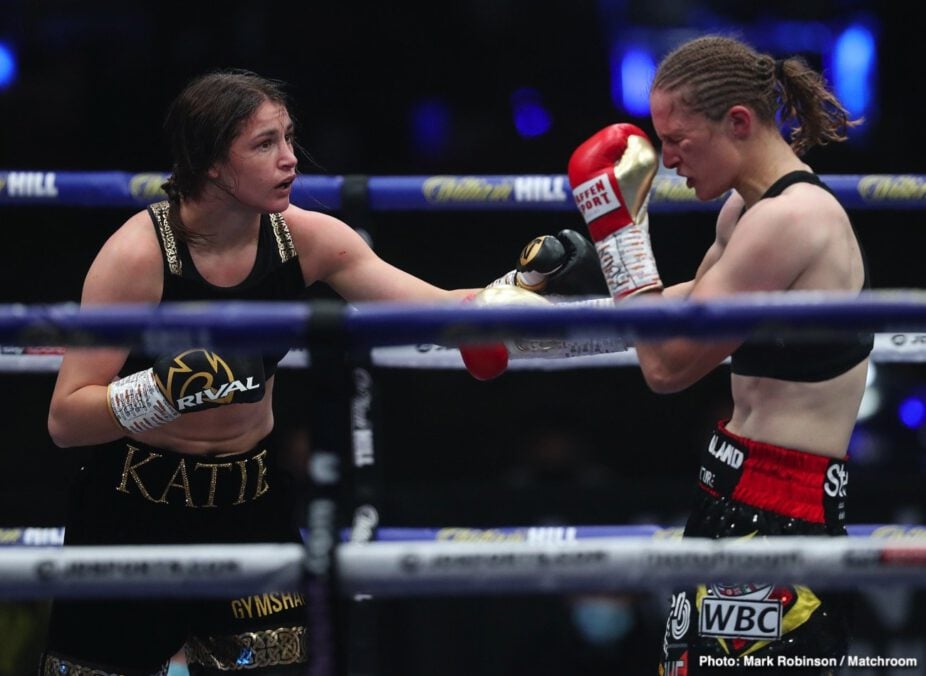 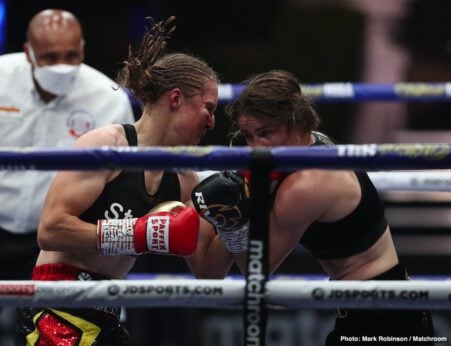 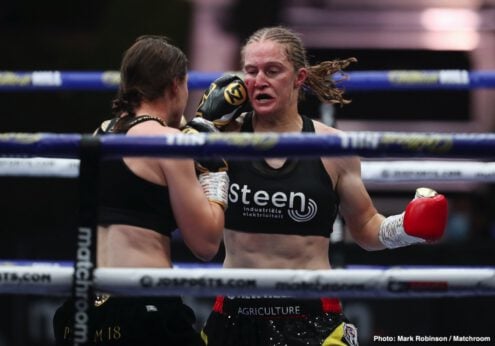 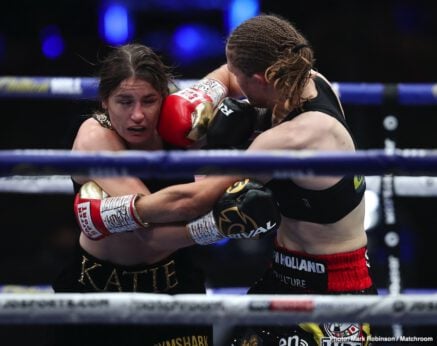 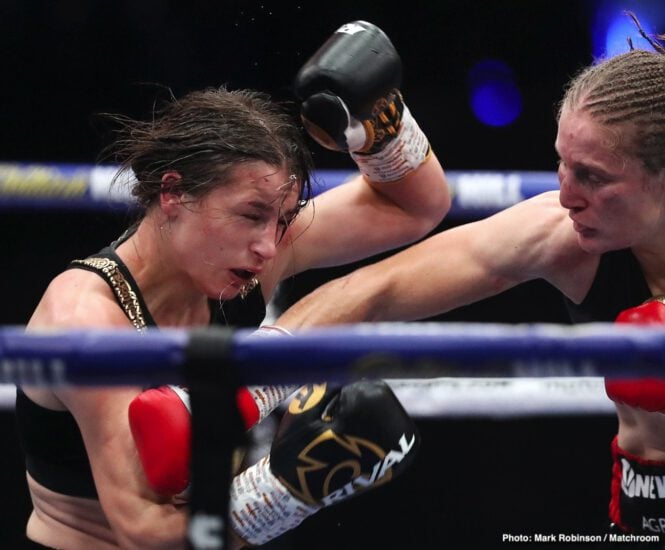 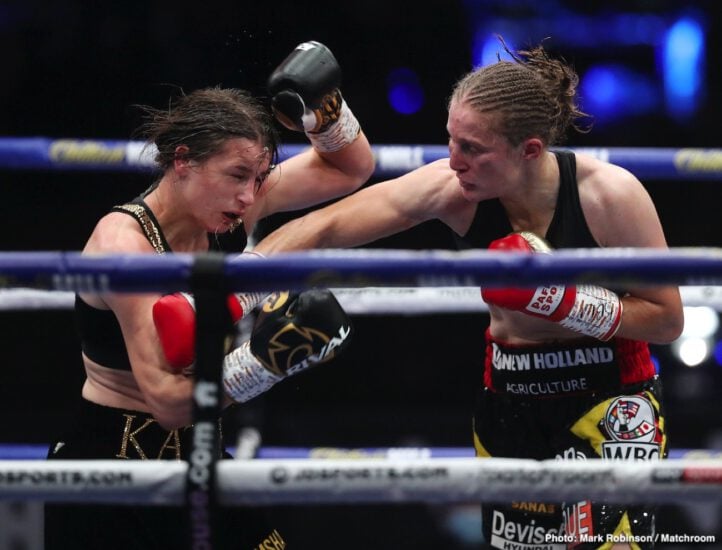