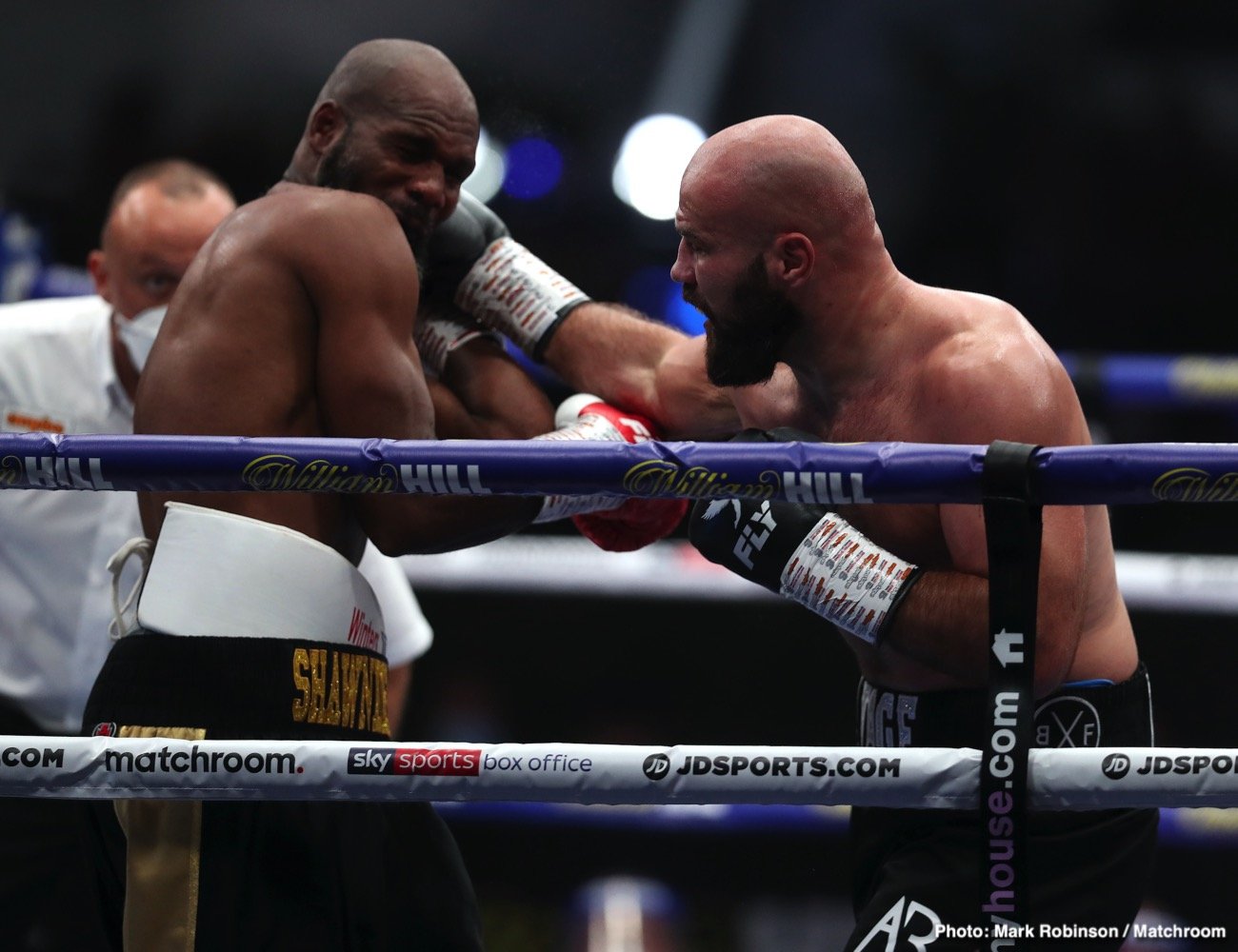 Getting things rolling at Matchroom HQ tonight, unbeaten heavyweight hope Alen Babic hammered out a wild, crude yet quite entertaining second-round stoppage win over Shawndell Winters. Babic of Croatia was way too strong and powerful for Illinois’ Winters, the 29 year old’s wildly slung bombs finding their target and doing damage. Winters was badly hurt in the opening round, when two left hands to the head sent him down as he was stuck on the ropes and the writing was on the wall.

Down twice in round two, the first trip to the mat ruled no-knockdown but Winters taking his time to get up, looking exhausted, Winters was then wiped out at 2.20 of the round with a second knockdown. Babic is now 4-0(4). Winters, ten years the older man at the advanced age of 39, falls to 12-4(12). 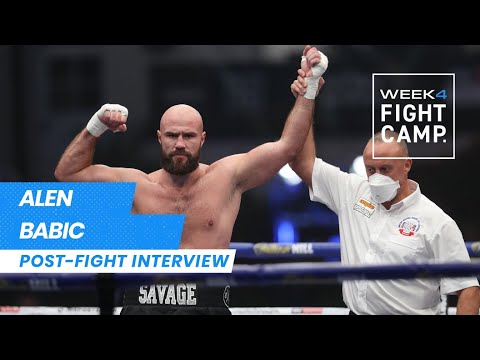 Babic is incredibly raw and he left himself off-balance after throwing a number of his shots tonight, yet he was just too strong for Winters, who is really a cruiserweight. Babic is no huge heavyweight himself but he has definite power, and against the right opponent this has been enough. Babic threw his clubbing shots, looking for the quick KO he had predicted he would get. Winters, trained by former light heavyweight champ Montell Griffin, tried to box and move but he was soon hopelessly overwhelmed.

Babic stopped Winters three rounds quicker than former WBO heavyweight champ Joseph Parker managed, Parker getting a 5th round TKO win over Winters in February. After his win tonight, Babic called out his countryman, unbeaten heavyweight contender Filip Hrgovic; who he says talks too much. Babic is hopeful Eddie Hearn can put that fight together.

Judging by how raw Babic looked tonight there is only one winner if that fight does get made. Still, Babic is fun to watch and he gives his all as he goes for the KO. As for the vanquished Winters, it’s tough to see where goes from here. 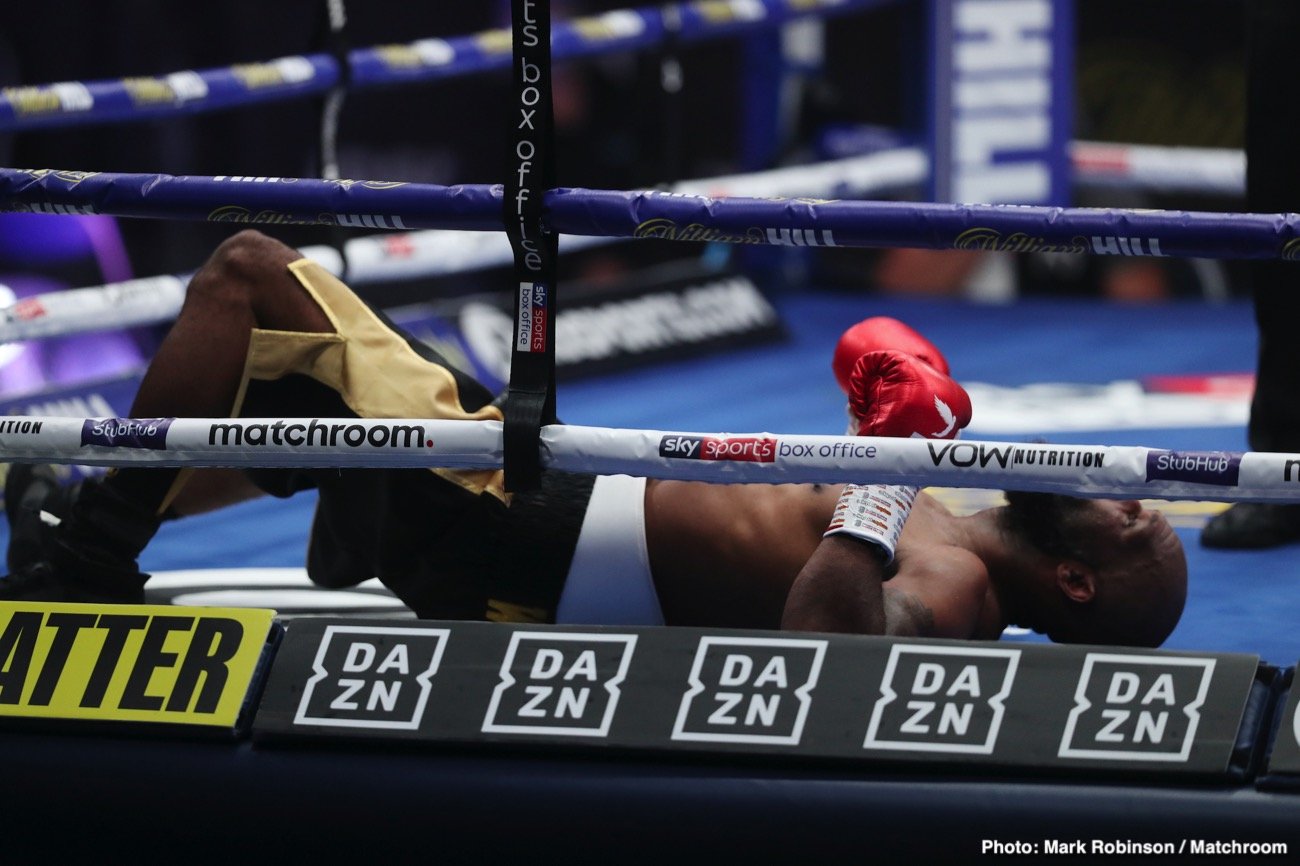