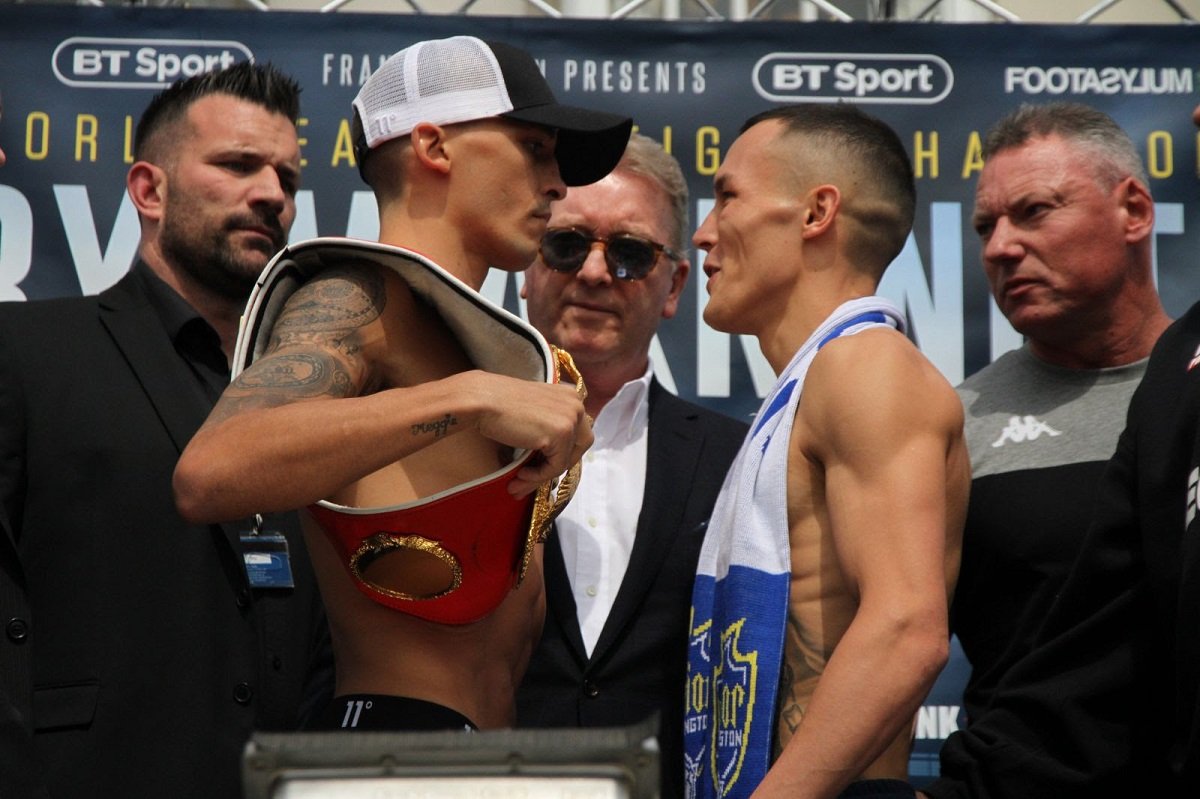 The judges scored it 115-113, 116-112 for Warrington and 115-113 for Selby. The judge that scored it 115-113 for Selby, Alan Davis from Ontario, Canada, seemed to be looking at another match than the one that I saw. I thought it was a clear victory for Warrington, 27, and there’s no way that I could have seen Selby getting the win without him scoring some knockdowns.

In my scoring of the fight, I had it as follows:

Selby was cut twice over each eye early on from a series of head-clashes with Warrington. Selby was letting Warrington come too close to him, and he paid for it by continually getting head-butted. Instead of adapting to Warrington’s head-down style of fighting, Selby put himself at risk by trying to fight in close. A good fighter would have stayed on the outside, jabbed, moved and tied up Warrington for 12 rounds, but Selby had no ideas tonight.

There were some close rounds in the championship rounds, but Warrington’s harder landing shots made it practically impossible to view any of those rounds for Selby. He was landing weaker, pitty-pat shots, and he was getting hit in return by the much harder power shots from the 27-year-ld Warrington. By no means is Warrington a power puncher in the class of Leo Santa Cruz, Oscar Valdez, Gary Russell Jr., Scott Quigg or Carl Frampton. Warrington doesn’t have anywhere close to that kind of power.

The thing is, Selby, 31, has even less power than he does, so it made Warrington’s shots look forceful in comparison. This was a fun domestic level scrap. I don’t see either of these guys as true top tier world class talents. This was just a fight between more of fringe level, bottom feeder type of featherweights in a sport that has become watered down with multiple world titles in every division.

Selby’s hand speed and power just was not there tonight. He was fighting like he was under water, throwing slow shots and getting tagged each time. He did not deal well with the pressure from Warrington at all. It was clear from the earliest moments of the fight that Warrington’s game plan was to rough Selby up as much as he could in any way possible. Warrington’s game seemed to be the exact copy of Jeff Horn’s roughing up of Manny Pacquiao last year in Brisbane, Australia. The referee that worked tonight’s Selby vs. Warrington fight controlled the fight in the same way as the referee that worked the Pacquiao vs. Horn fight. In other words, the referee was just hanging out watching the action rather than taking away points for Warrington’s fouling.

Selby has very little to show for his three years as the IBF featherweight champion. In those three years, Selby beat Fernando Montiel, Eduardo Ramirez, Jonathan Victor Barros, Ardoni Gago and Eric Hunter. It was three years of tune-up fights for Selby, who clearly milked his IBF title for three years, taking zero risks until tonight.

Warrington could be facing Carl Frampton next on August 18 at Windsor Park, Belfast, Northern Ireland. Warrington seems like a nice chap, but he’s not in the same class as Frampton. A between them will be every bit as one-sided as tonight’s fight. I think it might be far worse. Warrington is made to order for Frampton.