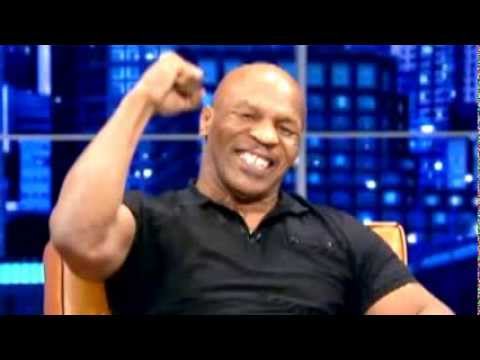 I was given the opportunity to talk to the producers behind the documentary titled Being: Mike Tyson, which follows Mike in his travels as an on-stage performer around the county as well as internationally. The documentary will air this coming Sunday at 4:30 E.T. on Fox.

Both guys, Steve Michaels and Andrew Fried, had a lot to say about the experience of working with Tyson. They talk about the coming together of the idea, as well as the eye and mind opening scenes that the audience can expect to witness. Let me tell you, this is worth tuning in for.

While I expected this to be yet another reality show, I was pleasantly surprised when both Michael and Friend assured me that this was not the case. Instead they had suggested this to be an absolutely raw Mike Tyson experience.

Both producers, after spending time with Tyson, were able to describe him in a completely different light, illustrating Tyson from a totally different perspective. We all think we know Mike Tyson, but how can we, when he is still trying to discover himself.

During the course of the 3.5 months that the producers spent with Tyson, a lot had happened. Tyson had visited Muhammad Ali, joined Evander Holyfield to watch his son’s boxing match, and even couldn’t resist something that he had avoided for a very long time: hit the heavy bag.

Michaels and Fried say a lot of attractive things about the upcoming documentary, and after talking to them I am that much more interested in seeing what the program is all about.

My interview with Michaels and Fried, that was conducted 9/19/2013, please enjoy: Audio Interview