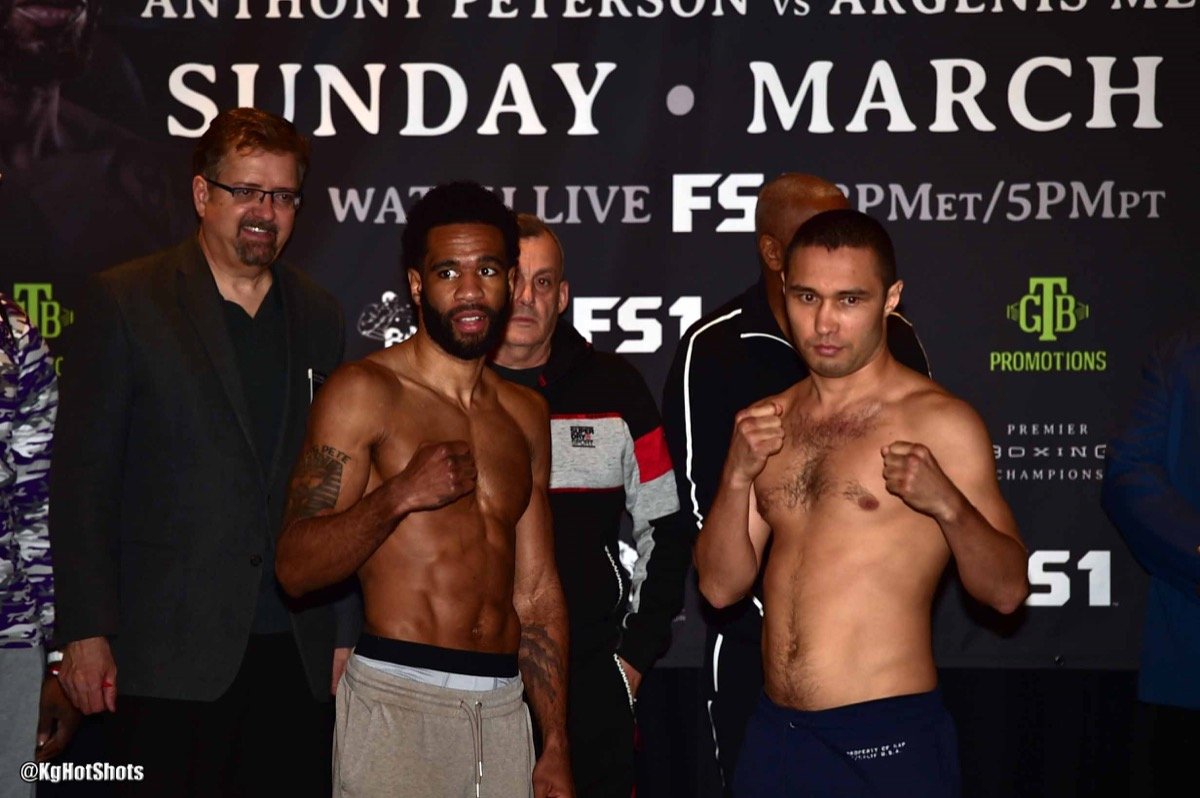 Lamont Peterson faces Sergey Lipinets in a 50-50 squabble in the main event for the PBC on FS1. From the betting odds to the style of matchup this bout should deliver fight fans competitiveness on a Sunday night. For Peterson it could very likely be a last opportunity to get a boost in rating at the welterweight division. The risk/reward factor for Lipinets is scoring a solid victory to re-energize his career or face an uphill climb losing two of his last 3 outings.

Lamont Peterson hasn’t fought in over 14 months since being stopped by Errol Spence at the Barclays Center on Showtime. Lamont had a few good moments against Spence but nothing sustainable enough to convince trainer Barry Hunter from stopping the fight. Peterson is nearing the end of a 14-year run as a professional boxer. Does he have one or two peak performances left before the hourglass runs out?

One thing is for sure Lamont is willing to leave it all in the ring if need be. In the early to midway point of his career Peterson was known for a banger-style very comfortable in the trenches. The Washington D.C. native would stand right in the line of fire with a productive punch count and a fierce body attack. Lamont did just that back in 2009 challenging unified 140-pound champ Timothy Bradley. Peterson’s aggression brought mixed results, ultimately it made Bradley get on the move and box from the outside. It also got him a free trip to the canvas when Peterson walked into a flush right hand. 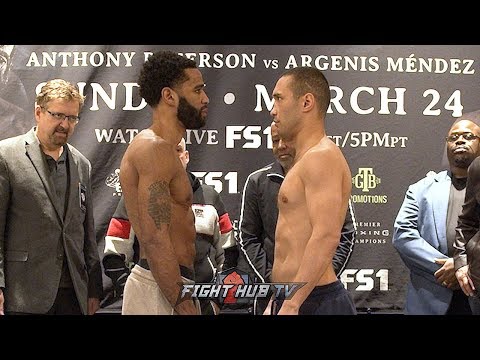 Two bouts later Peterson would draw with Victor Ortiz, defeat Victor Cayo, and win a highly debate split-decision over Amir Khan. Peterson would pop for excessive testosterone levels leading up to the rematch with Khan. A year and a half later Lucas Matthysse stopped him in the third round. Peterson responded nicely with a win over a previously unbeaten Dierry Jean. Peterson would then face Danny Garcia on NBC using a completely different game plan.

Several years back the Rope A Dope Radio Podcast had a interview heavy format, we would routinely ask Peterson why he didn’t use his jab and amateur skills more. Instead of focusing on entertaining the viewers Peterson employed a jab and movement that was giving Garcia issues. The only problem was Peterson’s normally active punch rate dropped making it difficult to win in Danny’s domain the borough of Brooklyn.

Peterson blended the two styles in his next fight with Felix Diaz and managed to escape with a narrow victory. Will he continue to mix the two trains of thoughts or stick to one on Sunday versus Sergey? Judging by the reach advantage Peterson holds over Sergey 72-66, it’s safe to say he should consider boxing smartly.

Lipinets doesn’t have a deep-rooted amateur background like many of his countrymen from Russia. He competed as a kickboxer and was quite successful at it medaling in the World Combat Games in 2013. After a short amateur stint Lipinets was fast tracked as a pro. In his 11th professional bout Lipinets went to war with Lenny Zappavigna stopping Lenny Z in the 8 round. Three fights later after collecting a vacant IBF belt, Lipinets fought Mikey Garcia. Although Garcia won the fight going away, Lipinets showed he was competent on a world level landing several flush shots even blooding Garcia’s nose.

Lipinets is a pressure fighter with a hard-nosed mentality with decent skills, similar to Lamont Peterson. Presuming Lamont uses an all-around strategy, which is not a sure thing, he should get out to the early lead on the judge’s scorecards. Keeping an active jab followed by an occasional overhand right hand all while laterally moving seems to be the right call for Peterson.

As the rounds go on, Lipinets will begin to find the openings, especially if he can force Peterson in to a shell defense. Sergey must capitalize on the lulls within the rounds and the holes in the Peterson defense. Lamont would ideally fight in the form of mixing the Diaz and Garcia fights. Angles and pivoting while inside will be necessary to avoid Lipinets power shots.

The rounds may be difficult to score with the back and forth action will probably see. Tight rounds generally favor the hometown or house fighter which in this case is Lamont Peterson. Age could play a major factor in the second half of the fight. Add in the beating by Errol Spence last January and we could be seeing a shopworn Lamont Peterson. All in all the live audience both in the arena and at home will be satisfied by night’s end.

My Official Prediction is Lamont Peterson by Split-Decision.