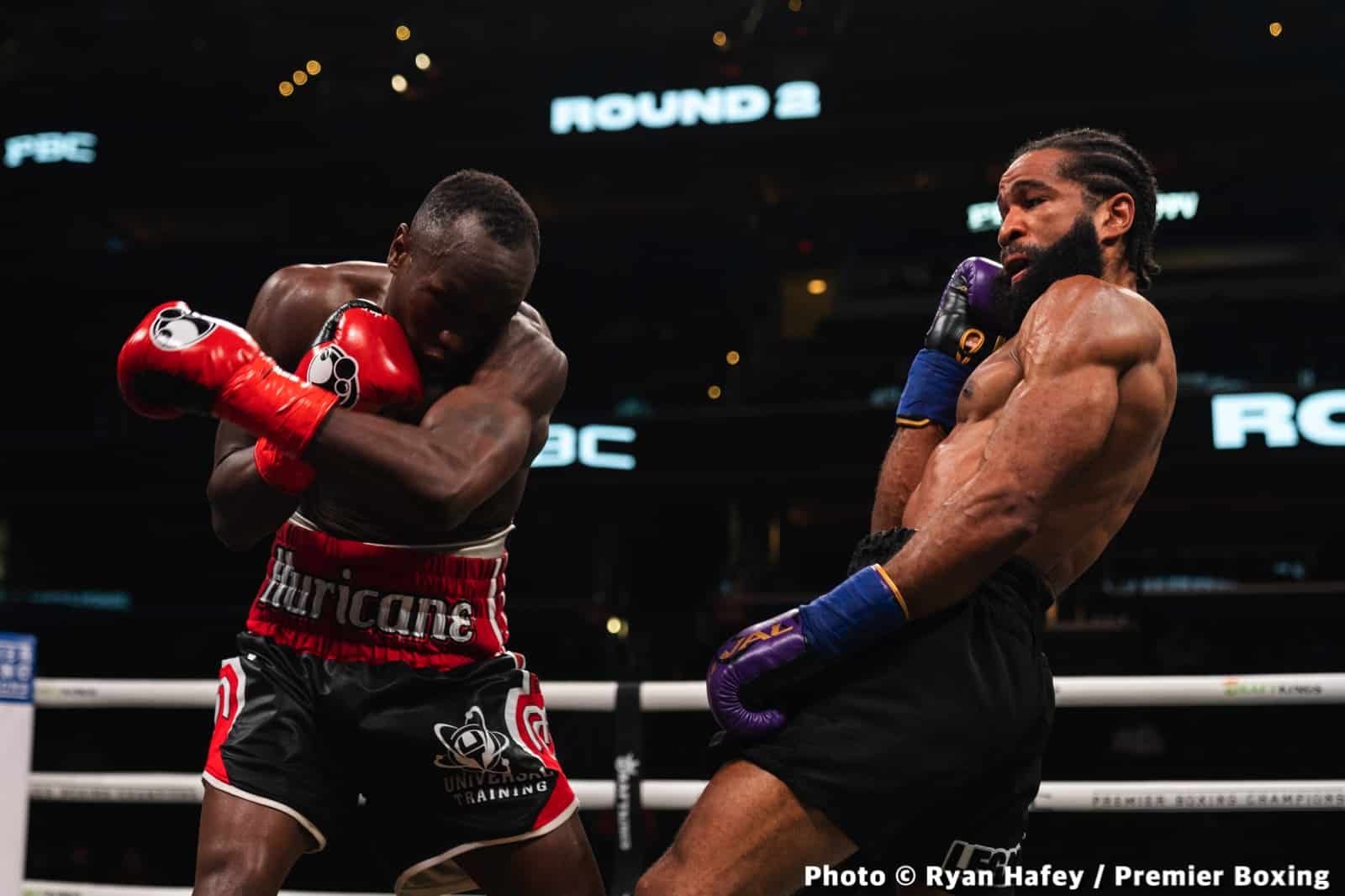 It’s not easy making a ring comeback when you are pushing the age of 40. Not everybody can be a George Foreman, an Archie Moore, a Bernard Hopkins. And last night in Washington DC, in a non-televised under card fight that took place on the Gervonta Davis-Hector Luis Garcia show, former WBA/IBF 140 pound champ Lamont Peterson was the latest veteran fighter to find this out the hard way.

Peterson, aged 38 and having just his third fight in five years, was stopped by 40 year old journeyman Michael Ogundu, who shocked the odds as well as beating up Father Time. Ogundo dropped Peterson in the fourth round and the former champ was saved as his corner threw in the white towel. Ogundo is now 17-17(14), while Peterson falls to 35-6-1(17).

Peterson, who faced big names such as Tim Bradley, Amir Khan, Victor Ortiz, Lucas Matthysse, Kendall Holt, and Danny Garcia during his better days, was coming off a March 2019 stoppage loss to Sergey Lipinets. Prior to that defeat, Peterson had been stopped by Errol Spence. It seems, in light of last night’s poor showing, that Peterson has nothing left and how he must now retire for keeps.

Punch resistance is often the first thing to go when a fighter hits the wall as far as advanced years go, and Peterson was buzzed plenty by the man from Kenya. Hurt in the third, Peterson was then knocked down in the fourth. To his credit, Peterson got back and tried to fight back, but he was taking too much punishment, his corner doing the right thing in stopping the fight.

It really is tough to see Peterson doing anything other than retiring from the sport after this.

As for Ogundo, who goes by the ring alias of “Hurricane,” he might pick up a decent payday on the back of last night’s upset win. Ogundo can punch, as his 14 KO’s show, and last night’s surprise win saw the man who fights out of Quincy, Massachusetts snap a four-fight losing streak.