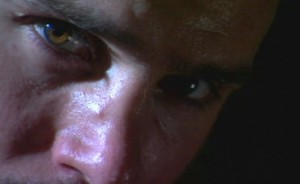 A win over Bute would have put Pavlik into the position where he could have fought for a world title against guys like Andre Ward, Carl Froch, Mikkel Kessler and Arthur Abraham. Granted, Pavlik wouldn’t have gotten the lion’s share of the money against any of them but he’d have still made good money.

Pavlik says he wasn’t happy about leaving his family for months on end to train for his fights. Pavlik hasn’t faced a high quality opponent since his 12 round decision loss to Sergio Martinez in April 2010. Since then, Pavlik has beaten four 2nd tier fighters and looked good for the most part aside not showing any real improvement from his old style of fighting.

Pavlik, 30, was previously scheduled to fight WBA/WBC super middleweight champion Andre Ward, but the fight was cancelled after Ward injured his right shoulder. Few boxing fans were giving Pavlik any chance in that fight and many of them wondered what was going through his head to take on a fighter like Ward when it seemed pretty clear that he would have been out of his class. The injury for Ward was probably a lucky break for Pavlik when you think about it.

This makes you wonder what’s been happening in Pavlik’s training with Robert Garcia in Oxnard, California. Did Pavlik lack the interest to really put in a hard effort?

Pavlik made a lot of money as a fighter and he’s reportedly got enough to retire on without needing to ever work again. He lives in Youngstown, Ohio, where his money likely goes a lot further.