Pavlik On Wins Over Taylor, The Loss To Hopkins, Would-Be Fights With Williams, Calzaghe, And More..

As his fans know (and as all fight fans should know) Kelly Pavlik ripped the world middleweight title from an unbeaten Jermain Taylor 15 years ago today – September 29, 2007. The hero of Youngstown upset the odds, yet he had earned his shot. It was a great fight and a great win for Pavlik, and here, “The Ghost” kindly recalls his big win for the benefit of ESB readers: 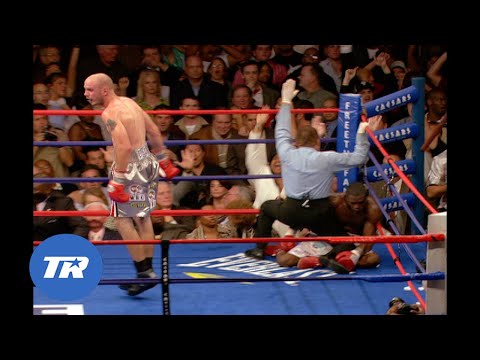 Q: It’s a real honor to be able to speak with you, Champ. First of all, does it feel like 15 years ago when you beat Taylor to become middleweight champion?

Kelly Pavlik: “Oh, it’s flying. Time goes by. It’s gone really fast. Just five years ago, I gave an interview on the fight being ten years ago. It really creeps me out, the fight being 15 years ago!”

Q: It was such a great fight, an action fight – and it ranks up there with the classic middleweight fights.

K.P: “It was a great fight. Coming in, was still the underdog. I had beaten [Jose Luis] Zertuche, which I wasn’t supposed to have won that fight the way I did, and then [Edison] Miranda, who I beat the way I wasn’t supposed to beat the way I did. I was still kind of the underdog going into the Taylor fight. But I worked hard. You know, part of the reason for me getting dropped in that [Taylor] fight, in the second round, was all confidence; kind of hard to explain. In the first round, I went in there, and I won the first round. It was actually a case of, everything I was throwing was landing pretty easily. I actually found it kind of easy, against this great boxer, Jermain Taylor.

“In the second round, I just kind of started off the same way; I was controlling the round. Then I got caught, and I did the stupid thing that people do when they get hurt – I stuck my tongue out. Of course, he took full advantage of that. But I fought through that round, I grabbed, I showed that I was able to hold on. In the third round, I beat him up. I think that took everything out of Jermain, the way I was able to come back in that third round. I think I threw, like, 99 punches. That sucked a lot of the life out of him. It was a great fight, and maybe my best win. But Edison Miranda, who I beat before I fought Taylor, he was the bogeyman of boxing, nobody wanted to fight him, he was just terrorizing people. I went in there, and I was a pretty big one [puncher] too.”

Q: The sport has changed a lot over the years, even over the past 15 years. But you EARNED your shot, having beaten Zertuche and Miranda, and ever before that, Fulgencio Zuniga and Bronco McKart. Do guys get world title shots easier today?

K.P: “That was the crazy part – Zertuche was supposed to be an eliminator, for the number-one mandatory, for [a shot at] Taylor. I’ll never forget that – it was beat Zertuche and then just wait for that call. In my mind, I’m thinking, ‘okay, Taylor next.’ Then I get another call, telling me I’m not fighting Jermain next, I’m fighting Edison Miranda for the number-one mandatory. I’m like, wow. At that point, seven years [as a pro], you think you have a shot, finally. It had already taken me so long to get on premiere television; HBO. And now I’m told I’m not fighting for the title, I have to fight Edison Miranda – a guy who everyone is afraid to fight. That none hit pretty hard. But we went back, and we got ready to do what we had to do, and we trained like hell for that fight, and we took it.”

Q: You must have been hungry as hell – see starving – for your title shot after beating Miranda, and having done so much else to get it. How hard did Taylor punch?

K.P: “Yes. Taylor, he had a punch – he had good pop. Miranda was a beast, like everything people said or wrote about his power, he had it; he hit hard. Taylor, if you made a mistake, got lazy or dumb, he could put you on your ass. But Miranda, he was a much harder puncher.”

Q: You took Taylor out with a savage series of punches in that seventh round, as he was stuck in a corner. You showed no mercy!

K.P: “People talk about that. Jermain Taylor was out cold – you go back and watch, I hit him with a hook, and his whole body collapsed. He was already somewhat hurt but he wasn’t ‘out.’ Then, when I threw that last hook and it came across and it whipped his neck, you know. Jermain Taylor wouldn’t have got back before the count of “30.””

Q: How about making all of Youngstown so happy and so proud with that big win?

K.P: “It was great, but it was also crazy, to tell you the truth. They always tell you, the overnight success. I mean, everyone pretty much knew me, going into that fight – Youngstown is a small area. But once you have that tag: world champion; it’s a totally different situation. It was overnight, a blink of an eye stardom. And it was tough. As much as people to try to forewarn you, it’s real big and hands-on and totally different. It was crazy. Everything happened so fast. In fact, it was all going so crazy, you don’t even know what you just accomplished. It’s a whirlwind. You never really have time to let it settle in. The crazy part is, it actually settles in more and more as each year goes past. Probably after about three years after I won it, yeah, I knew I was world champion. Actually, after I retired in 2012, it kicked in and I knew what I’d really accomplished.”

Q: You were a huge star, no doubt. Even the UK boxing magazines had you on the front cover. There was talk of a lot of possible fights, but you fought Taylor again, at a catch-weight. How tough was the rematch?

K.P: “You know, that was actually a tougher fight. He had a great trainer, or trainers – he had Emanuel Steward for one of those. But Jermain was a great boxer, a seasoned pro, who had been in with everybody. The thing about boxing is, [after a fight], you do a breakdown, you go back – you know, it’s just a giant chess-match. Jermain probably went back to the drawing board, I’m sure they went over the first fight over and over, as we did. And Taylor fought a lot smarter fight; he very rarely let his back get against the ropes. He just fought a better tactical fight, but we were still able to do it…..and that was a big win, too, because no one was giving me a chance. Most of the experts picked against me, even after the first fight, they said the only way I could win was by knockout”

Stay tuned for the second part of the Kelly Pavlik interview. 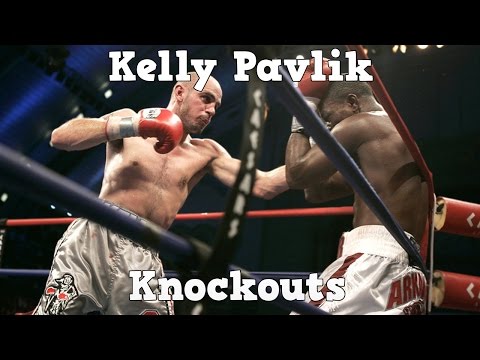