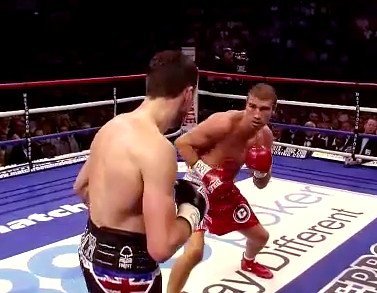 For many boxing fans stateside and abroad this Saturday’s HBO fight between Jean Pascal and Lucian Bute will be just another fight that should produce some form of entertainment.

To the fans that put the North in North America this fight might as well be their version of Sugar Ray Leonard versus Marvelous Marvin Hagler or Oscar De La Hoya versus Floyd Mayweather.

This is not just a run of the mill crossroads type battle to the loyal Canadian boxing rube. For them it’s a legacy fight with winner going down in history as the best and most popular fighter of the last five or six years.

Obviously Adonis Stevenson, who has a solid fan base but his past keeps him from being beloved, surely will have something to say about legacy before it’s written in the Canadian history permanently.

20,000 plus will fill the Bell Centre in Montreal which has become the equivalent to the MGM Grand Garden Arena for north of the border rabid fight fans.

With all the hoopla one wonders if the combatants in this contest will put on a show worthy of the buzz. Not that either fighter is not capable of delivering entertainment but with all the time spent outside of the ring the rust on both sides could make for an uneven pace almost certainly in the first few rounds.

I can’t think of a better way to attempt to start to break this matchup down with what should be a major key and that’s which fighter will be more affected by inactivity.

Both men will need some time for the ring rust to evaporate and one or both may not be able to shake what can be a fighter’s worst nightmare.

The other side of the coin would be that rest is exactly what the doctor ordered for injuries whether physical or mental with both fighters have suffered the injury bug in recent years.

Jean Pascal hasn’t faced a legit opponent since back to back fights with the legend of longevity Bernard Hopkins in December 2010 and May 2011. Luckily he was able to get in a tune-up in September the lasted all of five rounds.

After being railroaded in the backyard of Carl Froch May 2012, Lucian Bute managed to right the ship adding another notch to his win column but failed to impress against the very limited Dennis Grachev who was able to get inside in the mid to late rounds.

Before his loss Lucian Bute was tearing through albeit a junior varsity level of the deep 168 pound division. Stuck on the sidelines of the Super Six tourney did wonders for lining the promoter and his pockets but may have hurt his progress as a fighter.

Building fake confidence rather than learning on the job the way he did in his two fights with Librado Andrade. Stunting his growth may be the reason why he looked subpar in both of his fights in 2012.

Carl Froch put an end to the myth that had been built by the legions of fans who felt that Lucian Bute was the best at super middleweight. Leaving the question at his age, can you teach the old dog new tricks? And how much can you really change or learn in one camp?

Jean Pascal comes in as the odds on favor partly because of what happened in his fight with Froch compared to Bute’s outcome with the same fighter, and partly from the lack of signature wins from Bute who’s best win came against a weathered and aged Glen Johnson.

Another key will be the all important chin of each fighter. Pascal has stood up to some hellacious shots by the fists of Carl Froch and Bernard Hopkins. Pascal not only took those shots very well but was able to land his own power punches back.

Although Bute’s knockout of Andrade to the body was impressive it came after what should have been a clear knockout loss. Bute never really faced anyone in their prime with legit skill and power until he ran in to the buzz saw of Froch.

To make things worse he came out overly tentative and was at least buzzed or shook up numerous times by Grachev making it clear that Pascal’s chin is head and shoulders above Bute’s.

As we dig deeper into the strengths and weaknesses of each fighter and what it will mean for this style matchup Bute although an underdog has plenty of weapons he can use to come out victorious on Saturday night.

Lucian’s hand and foot speed will have to be sharp and on point to keep Pascal from closing the distance. Speed will be a key as long as Bute doesn’t depend on just that, after all it won’t be the first time Pascal has had to deal with speed. Chad Dawson had plenty of speed and despite of that he was able to adjust and time Dawson.

Much has been made of late by members of the media about how the aggression of Jean Pascal will be too much for Lucian Bute. Let’s not forget in the majority of his fights Pascal may get off to good starts but also has a tendency to fade late.

On top of that personally I don’t think Pascal should be labeled as a come forward fighter. He does punch in bunches no doubt but he only punches in spots stealing a round in what would otherwise be highly competitive fight.

And for that reason I feel Pascal doesn’t have to turn into a Margarito overnight yet he must up his work rate and sustain it for longer periods of time than he normally does.

Bute needs to use a veteran clinch to slow down Pascal and turn him making in much tougher for him to set his feet and deliver his arsenal.

Work rate mixed with constant movement is a sure fire way for Bute to secure victory and finally gain some traction to a career that seems to be slipping away.

Bute has a solid jab that turns into an uppercut in the form of a counter punch that can be deadly to the body or head.

Defense is a sore spot for both, Bute may need it more with his soft chin and hands down approach to defending himself.

Will Bute all of a sudden change the way he hold his hands and actually put a guard up? If so will it be effective defense or be easy to penetrate the way it is when Amir Khan or Manny Pacquiao put a high guard up when hurt or on the ropes?

I expect to see both men taking full advantage of what they do well. Bute staying on the outside counter punching cleanly controlling the pace and distance for large portions of a round and the majority of the fight.

If Pascal can close the gap using some crafty offense which he is more than capable and underrated in some of subtleties he possess as a offensive fighter.

My guess is after a slow start Bute will take control of the fight with speed and movement. I could defiantly see him up on the scorecards heading into the mid to late rounds.

At some point thought Pascal will catch up to Bute possibly digging to his body every once and a while a shot on the hip for good measure and to further slow Bute down.

The overhand right will land putting a dent into Bute’s punch resistance forcing him to fold relying on his previous instincts that did not severe him well in the Froch fight and the first go round against Andrade. Bad habits while on the rope will be the start to Bute’s ending.

I do however respect Lucian Bute’s abilities on the offensive end enough to suggest for the gambling degenerates like myself laying some money down on a live underdog. Generally my rule of thumb in a close fight that a legit argument can be made for both men usually is the type of fight I will put money on whoever the underdog is.

My official prediction is Jean Pascal by late T.K.O. or majority decision.

We may see a slow start with rust being factor as well as the danger of early knockdown while their bodies are warming up.

The rest of the fight will be a mix bag of exchanges, flurries by both, and very sloppy at times. Of course if it’s a tight fight no person who calls themselves a true boxing fan will be surprised if it ends in a draw or the person that made the crowd roar more walks away with a disputed victory.

Written by Chris Carlson Owner and Host of Rope A Dope Radio at www.blogtalkradio.com/ropeadoperadio
Follow Chris on Twitter @RopeADopeRadio & http://ropeadoperadio.wordpress.com